Karisma Kapoor, after an eight-year-long sabbatical, is back to acting with Ekta Kapoor’s Mentalhood. While the web series will stream on ALTBalaji and ZEE5 from tomorrow, the makers released the first three episodes a day before. Each is 25 minutes long and deals with a different question and scenario.

The first episode introduces us to five mothers. The first one is Karisma aka Meira Sharma who has recently migrated to Mumbai from Kanpur. Having admitted her three children to an elite school, she meets two mothers (Priety Khosla and Diksha Shah) at a yoga class. Soon, Meira is introduced to AJo aka Anuja Joshi, the head of the PTA association. 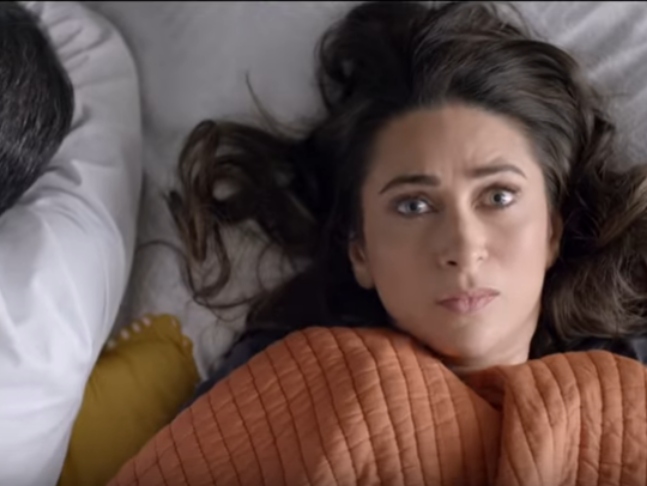 Anuja dominates the activities of the school more than the Principal himself. She has a secret behind her mask of a tough person with the perfect family. The next mother is Namrata Dalmia, an influential woman who also has a dark past. Anuja and Namrata quarrel over their socio-economic statures every now and then. With every woman having different ways to nurture their children, Meira understands that imperfections make a person unique. She decides to put down her thoughts and raise questions on motherhood and parenting on her personal blog titled Mentalhood.

From here the engaging journey of Mentalhood begins. The next episode deals with bullying. Here we meet Aakash Fernandes aka Dino Morea who is a single parent and the hottest amongst the ‘mom’ group. Meira and Aakash bond and start sharing their troubles. Apart from setting the base of their relationship, the episode showcases that though bullying is unethical, a mother has no control over it, but she can surely deal with it in a mature manner. 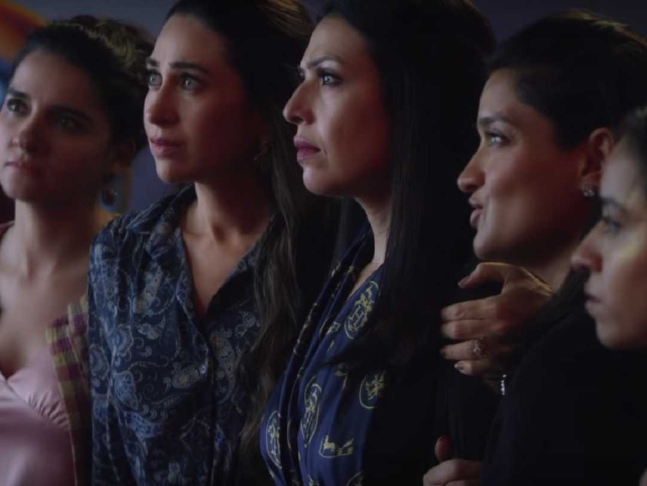 Taking Meira’s and Aakash’s budding friendship forward, the third episode talks about gender. Blurring the lines between the age-old norms set for girls and boys, the episode encourages mothers to let their child be. While cooking shouldn’t be restricted to girls, sports isn’t the only thing that boys are good at. And this is what the episode proves in an engaging manner. Here, the Meira-Aakash ‘more than just friendship’ angle gets fuel. It remains interesting to see whether they are remain just buddies or an extra-marital affair twist is incorporated.

Karisma, as the imperfect small-town mother trying to fit into the elite club, steals the show. She is easy on the eyes and a natural before the camera. It is a delight to watch her after a long time. Dino is handsome and effortless as always, his role as a single parent hits you with the right notes. He delivers the vulnerable role of Aakash with finesse. Sandhya Mridul conveys her emotions brilliantly. A tough woman on the outside but shattered from the inside, the actress lives the life of Anuja Joshi to the T. Tilotamma Shome as Priety Khosla is effective as the wife who is suppressed by her unemployed and alcoholic husband and is trying to train her young sons to be ‘mard’. Shilpa Shukla as Namrata Dalmia is as real as it gets. From panicking over a dark secret to giving a befitting reply to Anuja, she has got it right. Shruti Seth as the divorcee Diksha Shah emotes her worries well. Sanjay Suri as Karisma’s husband supports the actress nicely.

With the first three episodes, Mentalhood proves to be an engaging watch that grows on you eventually. Starting off by establishing a strong premise, the web series will make you believe that the situations are taking place right in front of you and are not celluloid representation.