Some films make you proud to be Indian. Akshay Kumar's Mission Mangal is top of that heap. He hits this, India's first space film, out into orbit. And he's done it on Independence Day -- exactly 50 years after Vikram Sarabhai founded the Indian Space Research Organisation (ISRO) on August 15, 1969. The film has several happy and homely coincidences like this that leave you with a warm and pleasant glow at the end.

The story is simple enough. Director Jagan Shakti, who co-wrote it with R. Balki, Nidhi Dharma and Saket Kondiparthi, has loosely based the film on the scientists at ISRO who worked on the Mars Orbiter Mission (MOM) which was India's first interplanetary expedition. Since this space probe, Mangalyaan, has been orbiting Mars since September 24, 2014 everybody knows the mission was a success. It's left to Mission Mangal with its ensemble cast to tell us how it happened. 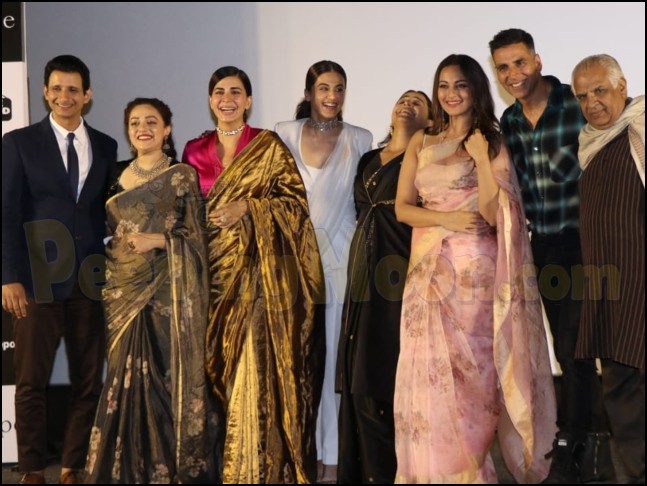 Leading the team of scientists who make MOM their mission and not a job, is a cheerfully determined and funny scientist by the name of Rakesh. Akshay Kumar, bespectacled and greying, is this never say die character just out of a failed space mission. But science is an experiment, he says with a shrug, accepting his transfer to the Mars Department where he is entrusted with a mission to the planet that ISRO knows will not happen for decades.

But Rakesh believes it can happen. And happen soon, within months and with a beggarly budget, when the planets are aligned and God's in his heaven. He is assigned a rookie team of junior scientists by a skeptical Dalip Tahil who is NASA-returned and speaks Hindi well but English with an accent and sort of plays spoke in the wheel at ISRO. Among them are Tara (Vidya Balan), Eka (Sonakshi Sinha), Kritika (Taapsee Pannu), Varsha (Nithya Menen), Neha (Kirti Kulhari), Parmeshwar (Sharman Joshi) and Ananth (H. G. Dattatreya). Five intelligent and lovely women, one confused young man, and an old man who has seen and done it all and is about to retire to Tirupathi. 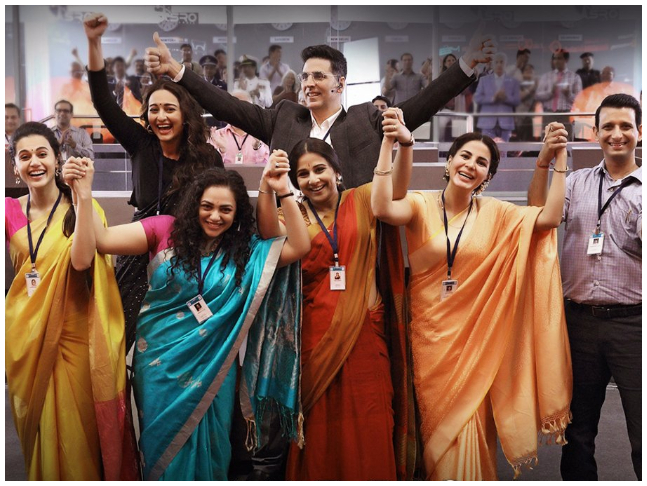 There's a huge amount of comedy in how they go about preparing for their mission. Akshay is king at that. Each one weighed down by domestic issues that make delightful parallel stories. There is defeat and failure. And several life lessons delivered along the way. Until finally they succeed. And though you know what's going to happen, you sit rivetted to the edge of your seat, hands clasped tightly, for Mission Mangal is as much a thriller with a countdown as it is a comedy with a science lesson. This is one of Akshay's best. Looking at him working out the quickest route to Mars, you would not say in his other avatar he is the Khiladi, Bollywood's action superstar.

The actresses are tailormade for their roles, Vidya more than the others. Once again she shows what a consummate actress she is. It's good to see Sharman Joshi again and also Sanjay Kapoor as Vidya's harassed husband. See Mission Mangal for their performances as much as the mission to Mars itself.