Batla House Review: John Abraham shoots from the lip in this gritty encounter

Yes, Batla House is a John Abraham show from start to end. The start is gritty. This Nikkhil Advani-directed action thriller begins with the official Operation Batla House of September 19, 2008. In which two Indian Mujahideen terrorists were killed, two arrested, and one escaped in the Jamia Nagar shootout with officers of the Special Cell of the Delhi Police.

The action here is breathtaking. John plays the decorated ACP Sanjeev Kumar Yadav who was not part of the first team that set out to investigate the terrorists. He takes charge when all hell has broken loose in the narrow, congested lanes of Jamia Nagar and the terrorists have gunned down his colleague and friend, Police Inspector KK (Ravi Kishan in a cameo), and are still holed up in the matchbox-sized rental apartment in Batla House.

This is not the fearsome, law enforcing John Abraham of such films as Force who lifts up motorbikes to intimidate baddies and runs through concrete walls. He plays the strong and silent cop here. Battle-scarred and stony-faced throughout. But still conveying the officer’s bitterness at being questioned about the “fake’ encounter by departmental higher-ups and the Home Ministry and expressing scorn when he is rewarded for the same encounter with the Gallantry Medal.

The action is all in the first half. Especially after the encounter, when ACP Yadav leads a team with much derring-do into neighbouring Nizampur of Uttar Pradesh to arrest the terrorist that got away. This when there are widespread protests against him and the Delhi Police for the Batla House encounter by political parties, civil rights activists and students of the Jamia Millia Islamia University where the slain terrorists were supposedly students. The Nizampur sequence, hand-to-hand combat and a thrilling chase down narrow alleys and on rooftops (Bourne and Bond, eat your hearts out), is one of Batla House’s best moments.

Nikkhil Advani sort of lets it drag after the interval. There is long and tedious drama leading to the showdown in court where ACP Yadav is pitted against the escaped and arrested terrorist Dilshad Ahmed who does not have the menacing fanaticism associated with others of his tribe. Sadly, the court proceedings are a total letdown when they could have had the flamboyance and cut-and-thrust of argument that a national case of this nature deserved. This is partly because the defence counsel is played by an outrageous white wig (Rajesh Sharma, hamming dreadfully) and the judge by a dyspeptic character with an inquisitive expression and lack of authority. The trial is without drama and after the fire and fury of the first half, ends tamely. 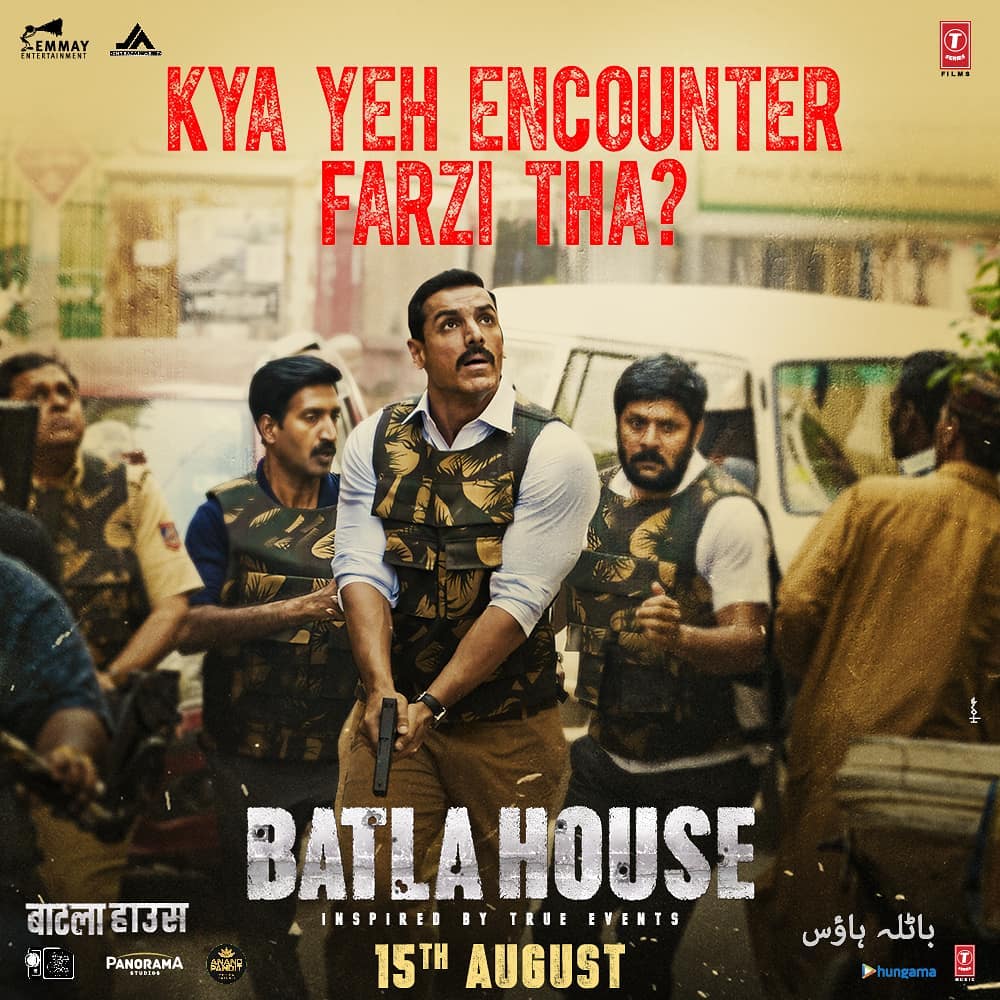 Of the performances, this kind of role is John’s genre. He doesn’t get to showcase his bravado and brawn because he’s playing a distinguished real life cop and not a Bollywood supercop with shoulder-length hair and unbuttoned uniform. But he’s good in those moments of hopelessness and despair when he wants to eat his gun. Mrunal Thakur, on whose shoulders Love Sonia rested, is wasted as Nandita Yadav (the ACP’s long-suffering wife), a TV anchor caught in the conflict between love for her husband and loyalty to her channel which believes the encounter was fake. There’s also Norah Fatehi in a raunchy version of O Saki Saki who is blackmailed later into becoming a police informer. At 2 hours and 26 minutes, Batla House tends to get heavy though. Ritesh Shah missed out on writing a tight courtroom finale because that’s what the audience is waiting for.

WATCH: We are telling the story of Batla House from all perspectives - John Abraham