Hindu mythology has been the foundation stone of every Indian’s childhood. With nanis and dadis telling the tales of demons and Gods while putting children to sleep, the imagination and creativity that flows along are unparalleled and fantastical. Touching upon the afterlife, reincarnation with the backdrop of science, writer-director Arati Kadav presents a unique blend of myth and magic in Netflix’s Cargo. Featuring Vikrant Massey, Shweta Tripathi Sharma and Nandu Madhav, Cargo premiered today.

Cargo revolves around Prahastha (Vikrant), a demon who single-handedly welcomes the ‘cargos’ (recently deceased humans) to a spacecraft named Pushpak 634-A, which recycles their souls and returns them to life. Pushpak 634-A is one of the spacecraft launched by the InterPlanetary Space Organisation after the Rakshas Manushya Peace Treaty was signed. 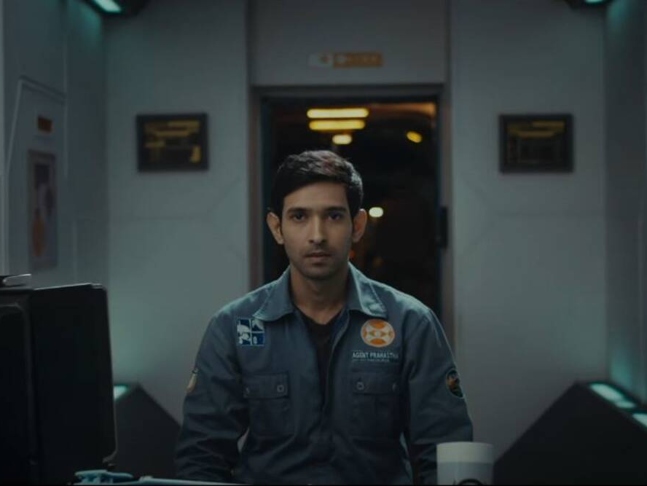 RECOMMENDED READ: Watch: Vikrant Massey and Shweta Tripathi Sharma take us on a rollercoaster ride inside a spaceship in their 'out of this world' 'Cargo' trailer

After spending years in Pushpak, Prahastha is informed that the space station is sending him an assistant to ease the workload. In comes Yuvishka Shekhar (Shweta), a young girl who is completely opposite of Prahastha. For him, she is just a nuisance. However, Yuvishka wins his trust with her superpower to heal anyone.

The process carried out by Prahastha includes the cargos leaving behind their belongings, erasing off their memories and then making a smooth transition to another life. For Prahastha, each and every one of them is just baggage as he guides them through with a disinterested expression on his face. On the other hand, Yuvishka finds an emotional connection with the departed souls. This stark contrast between their nature fuels a major change in Prahastha's lonely life. 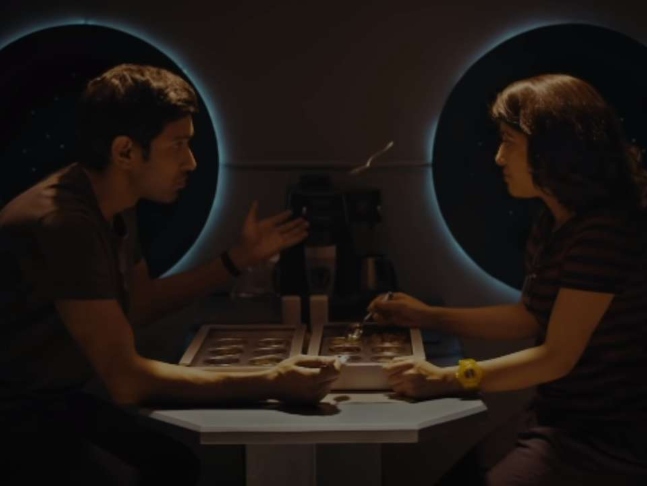 Writer and director Arati Kadav, in Cargo, isn’t interested in science and logistics but sheds light on human relationships and connection with deaths. A philosophical tale that is laced with intermittent humour, Arati manages to impress you with her subtle detailing. She has a unique voice and vision that makes Cargo a beautiful watch. Arati creates a rich world that is filled with fantastic details. However, while she fails to justify the reason behind why Vikrant remains stoic and Shweta emotional when new cargos arrive, Arati balances it out with the freshness.

Arati’s Cargo draws references from Hindu mythology. Prahastha is the name of Ravan’s chief commander, whereas Pushpak was the proverbial flying chariot that he took from his half-brother Kubera when he usurped the throne of Lanka. Pushpak viman as it was called in the Ramayana was the flying chariot on which Ravan abducted Sita. Moving past the melancholic space films, Arati adds a touch of humour to Cargo. Citing the Hindu belief that that death is just a momentary step in the never-ending cyclical process of birth-death-and-rebirth, Arati manages to spin a tale that is engrossing and interesting. The writer-director emphasizes that every human being leaves a part of himself/herself back for their loved ones to cherish after their death. However, Prahastha is guiding deceased humans to return back to life through reincarnation but himself is bogged down by emotional baggage. 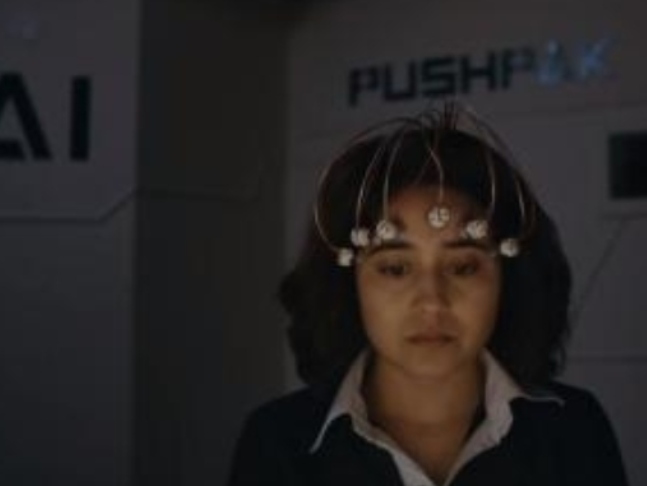 Vikrant impresses with his restrained yet matured act. He is the demon who is above humanly affections until Yuvishka, who apparently is like a daughter-figure, reintroduces him to the connection with his home. He is a disciplined no-nonsense demon who enjoys a great fan following on Earth but prefers to keep it to himself. Shweta as Yuvishka is completely the opposite of Vikrant’s Prahastha. She is optimistic and fun-loving who is trying to prove herself. However, her character lacks a certain depth. The reason behind her joining Prahastha, the connection between them and what makes her feel for the deceased remains unclear.

Nandu Madhav as Nitigya Sir, Prahastha’s constant support, appears only on the television screen in space that looks like a piece of equipment borrowed from the 80s and early 90s. He is the demon manager handling the cargos and his scenes with Vikrant are driving forces of the film. His remarks, conversation and relationship with Prahastha are one of the USPs of Cargo. 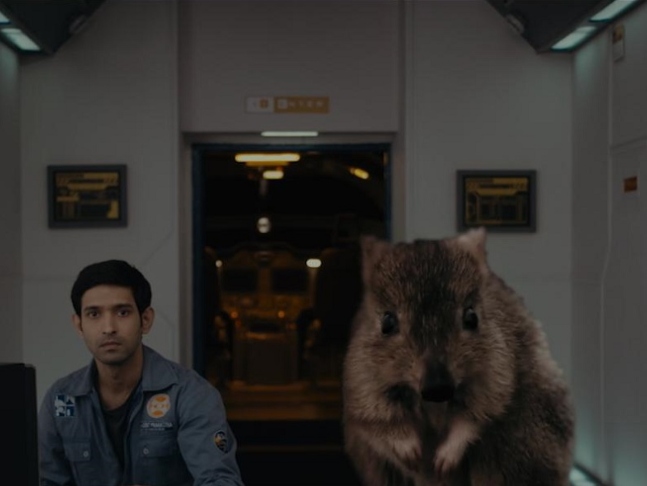 What makes Cargo even more attractive is the production design. Production designer Mayur Sharma puts across Arati’s vision of mythology blended with science and nature beautifully. Right from the spacecraft to the minute detailings, all add to the overall experience. It is unbelievable to see Mayur and Arati create a world so perfect within a restrained budget. Director of Photography Kaushal Shah deserves a special mention for taking us into an imaginary world. The VFX, for the restrained budget, is praiseworthy and so is the music by Shezan Shaikh. Editor Paramita Ghosh keeps Cargo short and crisp.

Arati’s Cargo is nothing short of a cult film that will find its own fanbase in the coming years. It is unconventional and takes the route that Bollywood hasn’t. Within a tight budget, Arati manages to bring out her vision of myth and science. While a little more depth and a detailed depiction of the larger picture would have made it perfect, Cargo won’t really harm and stays back with you for its technical beauty.