Did you know the 'King Of Bollywood' Shah Rukh Khan wasn't good at Hindi?

It is a well-known fact that Shah Rukh Khan's late mother Lateef Fatima Khan played an important role in his life post the death of his father, who passed away at an early age. The actor's mother, not just nurtured him to become a great human being but set the foundation for his career right. And for Shah Rukh, losing her came across as a major shock and still continues to keep her memories alive with him. The actor, speaking about his late mother during his appearance on David Letterman's Netflix series My Next Guest Needs No Introduction With David Letterman, narrated an incident when she 'bribed' him. Shah Rukh told that since he was weak at Hindi language in school, his mother devised a way to make him better at the subject. He recalled that one day, his mother told him that if he scores a perfect ten in the exam, she would take him out for a film for the first time. The Dilwale Dulhania Le Jayenge actor further added that, in order to get a ten on ten, he learned a few words for the exam but ended up making a mistake in one answer. This then led him to copy the answer and in turn, got a perfect score. Soon, his mother fulfilled her promise.

"I wasn’t good at Hindi because I was in an Irish brother's Missionary School. My mother said if you get a ten out of ten in your exam, I’ll take you to watch a film the first time. We weren’t very well to do. So to go to a theatre was a very big thing. So I learned these ten words, except for one, and I just looked across and saw I’d made a mistake. So I copied that one. So I cheated. But it was my own mother so I could cheat her, it's okay. And then I got a ten on ten and she took me for a movie for the first time," Shah Rukh recalled. 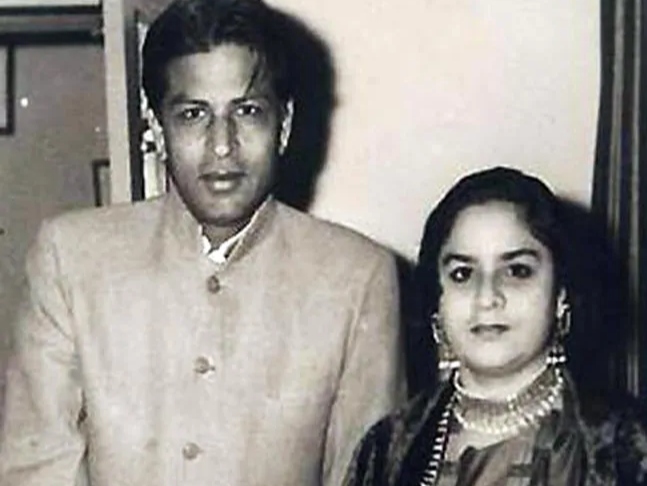 Recommended Read: Shah Rukh Khan believes son Aryan Khan can't act, says he is vary of being compared to him

Shah Rukh's mother breathed her last in 1990 when the former was aged 26. His father passed away after a few months into being diagnosed with cancer in 1981 when Shah Rukh was 15 years old. My Next Guest Needs No Introduction With David Letterman is currently streaming on Netflix. Watch the trailer of the show here: