Thalaivii Review: Kangana Ranaut’s tribute to Jayalalithaa is not her best work

To showcase how a Tamil cinema sweetheart turned regional political powerhouse, filmmaker A. L. Vijay presents the journey of J. Jayalalithaa in his pan-India film Thalaivii. Starring Kangana Ranaut, the film’s about a no-nonsense actress who became the most important person for millions in Tamil Nadu. It chronicles the life of actor-turned-politician Jayalalithaa, her relationship with the legendary M. G. Ramachandran (Arvind Swami) and her tumultuous rise to power as Chief Minister of Tamil Nadu.

The 153-minute film begins with Jayalalithaa being insulted and manhandled at a political assembly and her making a promise to return only when she becomes the CM. We are taken on a flashback to the journey of a 16-year-old Jaya aka Amu, as she’s lovingly called by her mother Sandhya (Bhagyashree). Sandhya, who has dealt with various struggles in life, wants to give her daughter a perfect life and so she persuades her into acting. For her first film, Jaya stars with the great MGR with whom she forms a loving bond. However, their relationship comes to an end after several ups and downs when MJR’s Personal Assistant R. M. Veerappan (Raj Arjun) asks him to focus only on politics after a professional split with the then CM of Tamil Nadu M. Karunanidhi (Nassar). 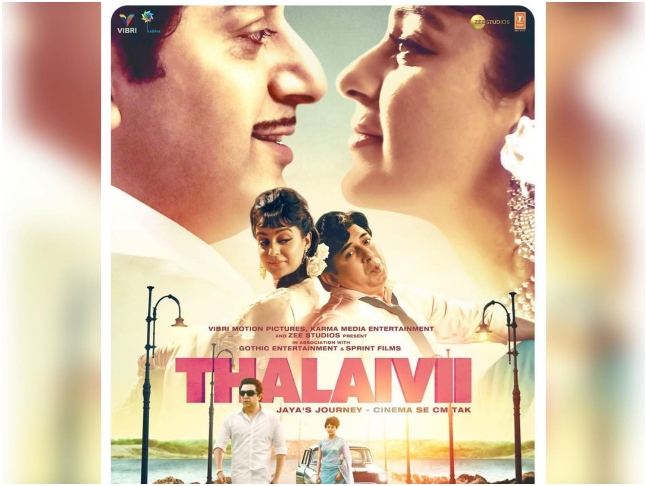 While Jaya and MGR move on, their paths cross again at an event after which Amu is asked to join politics. Giving it her all, Jaya, despite facing all the patriarchal barriers of society and politics, emerges as a successful leader but is ousted from MJR’s political party moments before his death. What happens next is a series of events that showcase how Jaya, a self-made woman, takes over Tamil Nadu as the Chief Minister and gains the respect and love of millions in a male-dominant society.

The first half of Thalaivii is painfully slow and exaggerated. If you left your seat for popcorn and soda, chances are you’d come back to the same Kangana Ranaut dialogue running in the hall, thanks to writer Rajat Arora. The biggest drawback of Jayalalithaa’s biopic is that it focuses more on her acting career, personal life with MJR and everything except her political career. The pace of the film is extremely slow but it picks up in the second half with the political drama entering. However, overall the film falls short of political objectivity. 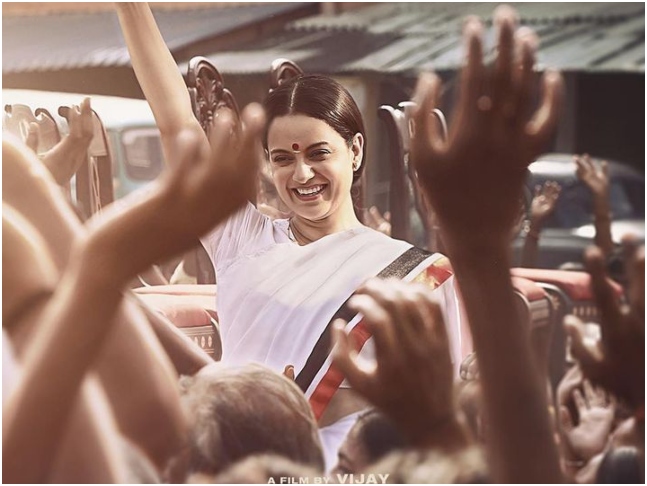 Acting-wise, Kangana has done a decent job, but this is not her best performance. She talks, walks and looks like Jayalalithaa aka Amma but the spark is missing which she exhibited in Queen and Manikarnika. Arvind Swami is undoubtedly the backbone of the film. His performance is near perfect, superbly matching the dialogue delivery and body language of the actor-politician MGR. His chemistry with Kangana pays a resounding tribute to the legendary Jaya-MGR love story. Nassar and Raj Arjun are the other solid supporting pillars in this haywire biopic. 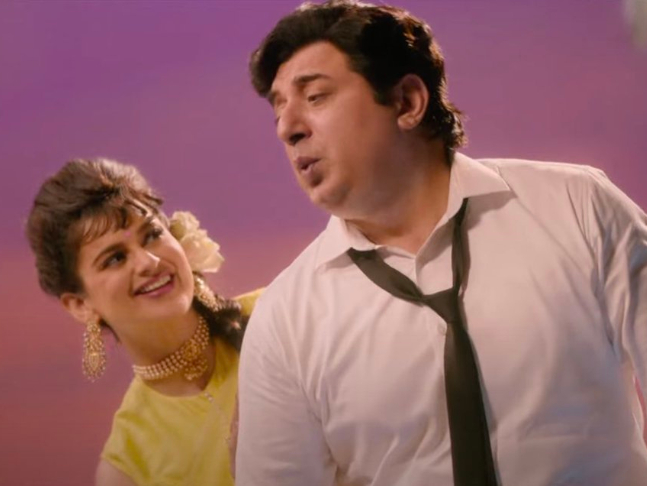 A. L. Vijay’s direction is not up to the mark for a film like Thalaivii. The filmmaker lacks when it comes to the attention span technique. Rajat Arora’s writing for the Hindi version is repetitive and exaggerated, to a point where it gets boring. Cinematographer Vishal Vittal leaves an impact with his work but editors Anthony and Ballu Saluja let him down with their editing. Sadly, the dialogues aren’t even properly synced with the dubbing. While the makers tried their best to recreate some of Jaya-MGR’s iconic songs, the music by G. V. Prakash Kumar comes across as confusing and non-synchronized. The biopic is a sincere attempt to bring Amma back to life onscreen. However, it is overpowered by poor writing and direction. 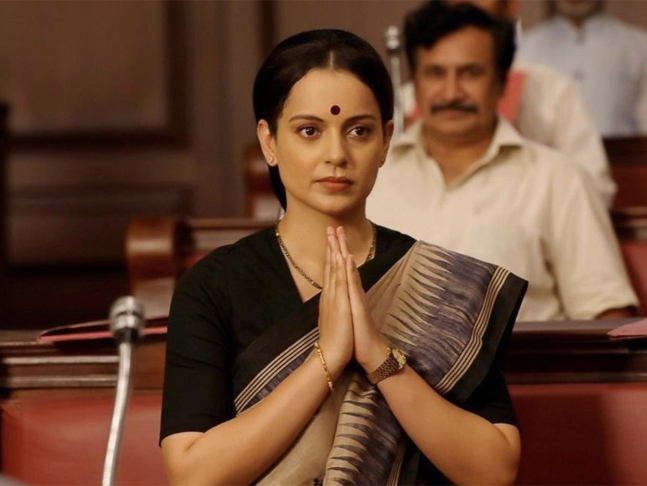