Money indeed does the talking in Choked - Paisa Bolta Hai, a Netflix original film directed by Anurag Kashyap. A kitchen drama where the kitchen sink plays a pivotal character.

Sarita Pillai nee Sahastrabuddhe (Saiyami Kher) is a tired bank cashier. Her husband Sushant (Roshan Mathew) is a struggling musician and in debt. She solely handles the financial burden of the family of three, which includes their son Sameer (Parthveer Shukla). The dynamics aren't as simple as they look. Sushant is a stay-at-home husband because he cannot keep a job. Sarita wanted to be a singer until she choked on stage during a performance and the fear took over. In a nutshell, Sarita's and Sushant's relationship also choked that day - the survival took precedence over love and mush as their dreams of becoming a singer and a musician respectively, faded a long time back in the fast-paced, cash strapped Mumbai.

Living in a pigeon-hole sized apartment, Sarita's listless existence and monotony takes a devious turn. The sink has been giving the family trouble lately; the matter often gets dismissed to stuck 'sabzi' in the drainage pipe. But one night, at 3 am, Sarita wakes up to the choking sound of the dilapidated kitchen sink. She nudges the pipe below the sink and dirty sewage water swamps her kitchen floor. Upon closer inspection, Sarita discovers bundles of money, covered in plastic, spewing from the pipe! 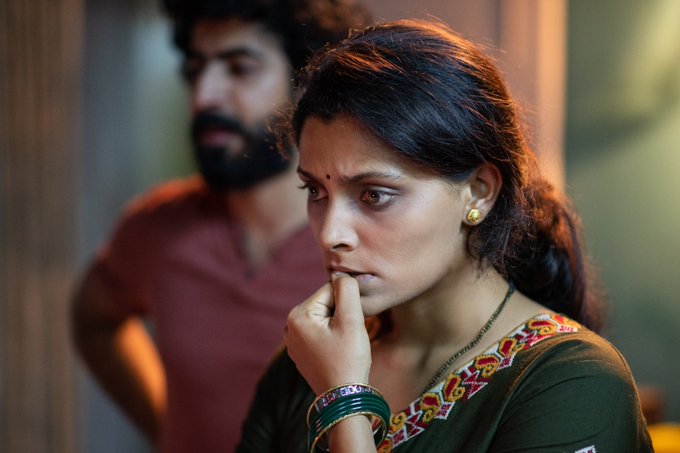 Sarita, from utter shock, transcends into fear of being caught with the zip-locked money packets. Until November 8, 2016, 8 pm. Her world turns upside down with Prime Minister Narendra Modi's demonetization speech. The penny pincher Sarita, who suddenly had been operating on a spend-thrifter mode, begins plotting the way to exchange her own old currency notes. She can't let the old currency notes replace her expensive dreams. Sushant, meanwhile, is glad 'ache din' will be here soon as Modi's speech promises to suck out black money from the rich.

Let's get straight to business - it's impossible to have a Kashyap's film without a politics woven into the story. However, the politics of the film isn't at the front foot. It seeps in at most unexpected junctures, be it a customer sneering at Sarita's femininity in the bank for counting notes multiple times or during dinner time, the backdrop of TV news urging viewers to 'be like Modi.' But here Choked falters. Kashyap and writer Bhave internalize the 2016 incident to an extent that there is a song and dance sequence featuring Sushant celebrating demonetization, till it turns into full-blown repulsiveness in the middle of a chawl party. 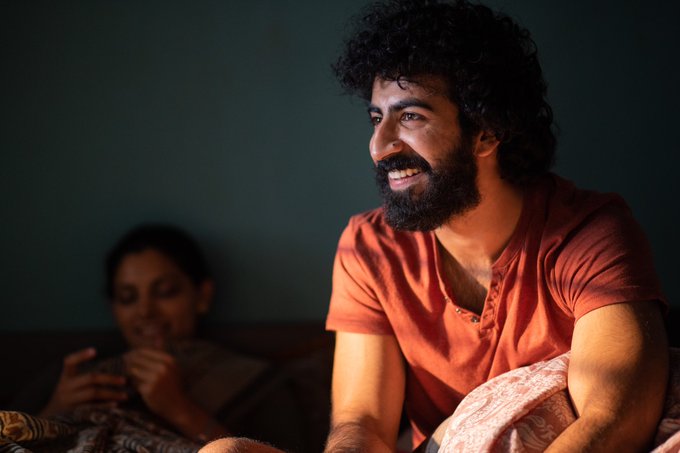 Then there are neighbours who add to this madness - a nosey lady, Neeta (Rajshree Deshpande) and the loud and interfering Sharvari Tai (Amruta Shubash), a single mother whose preparation for her daughter's wedding hits a roadblock since the money to be paid to the wedding contractor and caterers is now worthless.

Look closely and Choked is all about money, greed, politics, and the aftermath of demonetization on the general public. While the film flows in three languages, Hindi, Malayalam, and Marathi, it would have been nicer if Kashyap and Bhave held the matter (of demonetization) with horns than a restrained critique. The effort, however, is sincere. Sylvester Fonseca’s camerawork is adept at transporting you to the claustrophobia life in the matchbox size life of the city people. Karsh Kale’s music and Garima Obrah’s lyrics light up the end credit with a musical parody of a medley of Hindi nursery rhymes (Akkar bakkar Bombay bo, Poshampa, Naani teri morni ko mor le gate), a quintessential Kashyap touch. 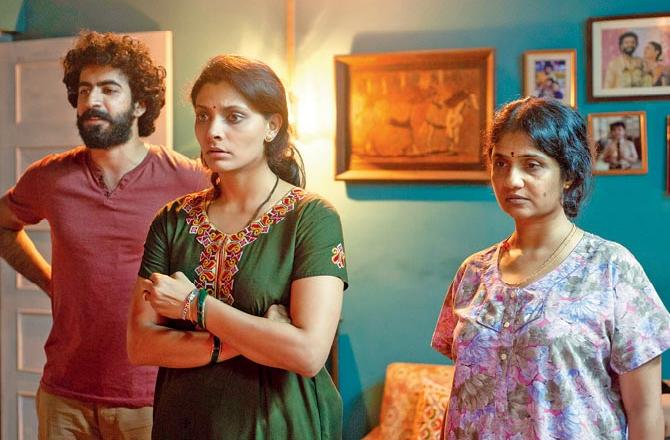 But this is Saiyami Kher’s film from start to finish. A strong-willed woman who is 'choking' on her own failure at singing and is resilient to not translate into her life anymore. In her non-glam, slightly jaundiced look, Saiyami holds the fort with strong support from Roshan Mathew (his first Hindi language film). A flawed husband who happily indulges in candy crush than to go out and set his life right evokes a feeling of disgust, a win-win situation in terms of lead performances. To say the least, this is not Amruta Subhash's best work, but she does what she can with her part (despite sounding somewhat hammy in portions). Rajshri Deshpande and Uday Nene (the ground floor neighbour) skillfully execute their roles.

Choked is not Kashyap's finest. But it is his craziest since No Smoking. And the film's end is not what you would expect. Unless you are okay with interpretations. That being said, how much we would have loved the filmmaker to be as fearless in his narrative as he is on social media with his sharp critique of the governance and government!

Choked: Paisa Bolta Hai does clog up and chokes.