Oscar-winning producer Guneet Monga is back at it. And this time she is backing not one but seven mind-blowing short films for the newly launched Flipkart Videos. Titled Zindagi In Short, the anthology comprises seven short stories that touch various topics including sexual abuse, domestic violence, cross-border romance, eve-teasing, infidelity and some more. With names like Tahira Kashyap, Neena Gupta, Sriram Raghavan and Divya Dutta associated with it, the anthology is a roller coaster of emotions and will leave you satisfied. This is a platter with versatile elements that you would not want to miss. With an average duration of 12 minutes per short film, all the seven stories are worth a watch. 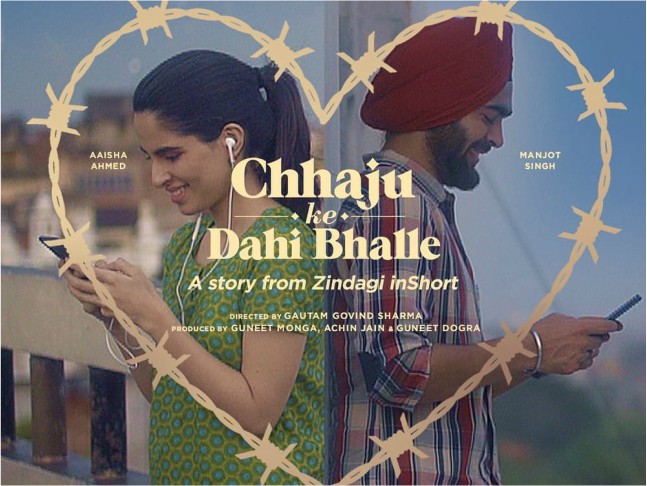 Gautam Govind’s sweet and simple love story which starts with dating app Tinder, ends across the border. Starring Manjot Singh and Ayesha Ahmed, Chajju Ke Dahi Bhalle is a story of a young girl and boy who have nothing in common except the fact that they are millennials and that they love dahi bhalle. They both swipe right and all that is left is for them is to meet. What opens up like a normal romance drama ends on a note which will make you skip a beat. 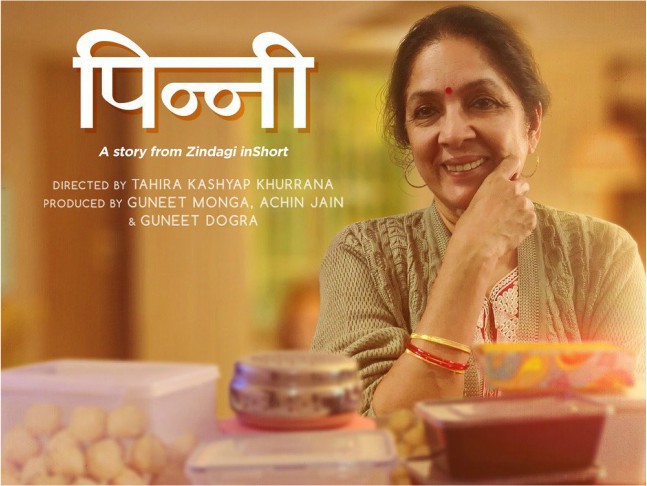 Pinni is the story of Sudha (Neena Gupta) who’s in her 60’s, is a happy, diligent homemaker who is known by her family and friends as the amazing ‘pinni’ (Punjabi sweet shaped like a ladoo) maker. She loves preparing pinni, but when it becomes her only identity she chooses to revolt and her rebellion is far from expected. Directed by Tahira Kashyap, Pinni is a heartfelt story of every middle-aged mother out there. The short film also stars Shishir Sharma and Srishti Srivastava. Director Punarvasu Naik with Divya Dutta, Sanjay Kapoor and Jiten Gulati has given the most hard-hitting reality of all. Touching gruesome issues of domestic violence and marital rape, the story stars Bina (Divya) and Sharad (Sanjay) in a loveless and abusive marriage. Sleeping Partner shows Bina, a homemaker, being regularly raped by Sharad. She continues to suffer the offence with no protest until a turn of events compels her to be empowered. This story is undoubtedly the need of the hour and there is no other way to deal with it. 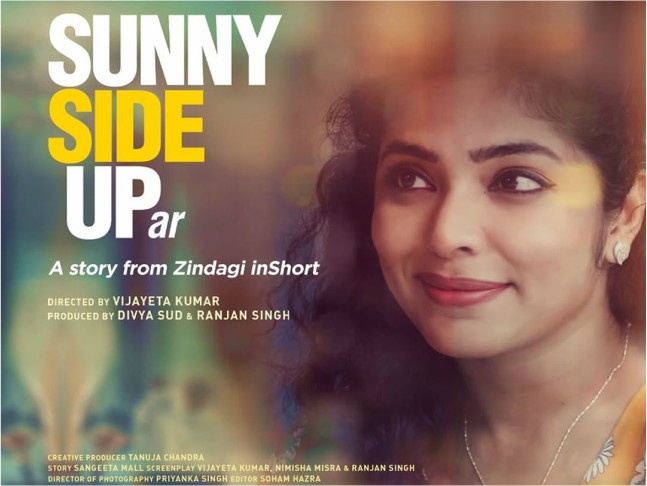 Bringing Malayalam actress Rima Kallingal to the Hindi industry, Sunny Side Upar is a story of finding hope in whatever is around you. Director Vijayeta Kumar has perfectly showcased the story of a hardworking doctor and how she deals with a personal tragedy. Dr. Kavya Menon (Rima) is an oncologist and her job is a priority. She has no time for her family or for herself. This is the story of 24 hours of her life and what it means to see the sunny side with her boyfriend Vishal (Nakuul Mehta) who is always there to cheer her up. 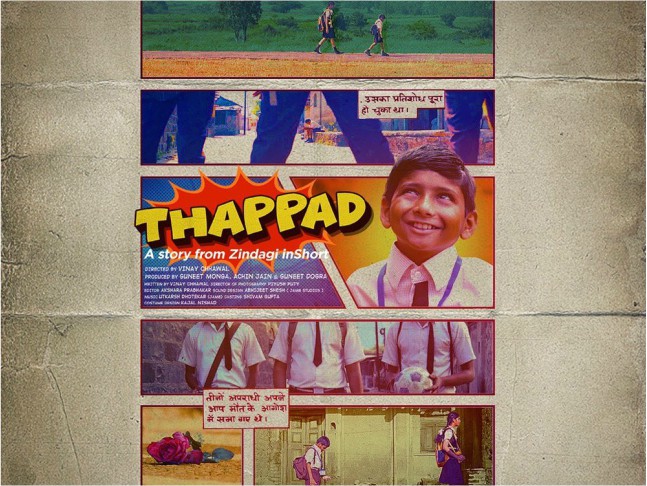 Set in a village, Vinay Chawwal’s Thappad is a heart-warming tale of a brother Vinayak (Shafin Patel) who teaches his elder sister Bani (Vedika Nawani) to defend herself and stand up against eve-teasers and bullies in school, in the most interesting way. The short film is relatable in each and every frame. It showcases the never-ending love of a brother and how protecting younger brothers can get. More than anything, Thappad is cinematic brilliance as we get to see short heightened shots that only focus on 10-year-old Vinayak and his sister, sometimes. 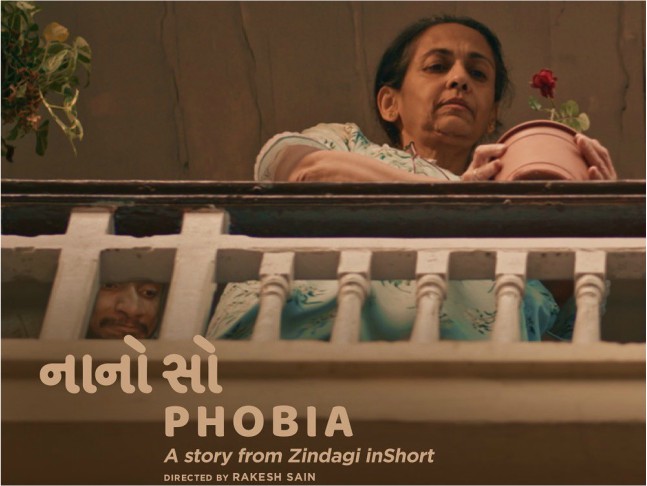 The opening credits thanked Sriram Raghavan and we instantly knew we were going to experience something worthy. Starring Swaroop Samant, the film is about a lady who is robbed by her dwarf house-help at knife point and the phobia of dwarfs stick in her head forever. It is a story about how a quiet afternoon turns into a nightmare, as a lonely old woman grapples with age and a peculiar phobia. Directed by Rakesh Sain, the story has a Raghavan thrilling touch just like his 2018 blockbuster Andhadhun. It is definitely an edge of the seat watch and the end will definitely make you smile. 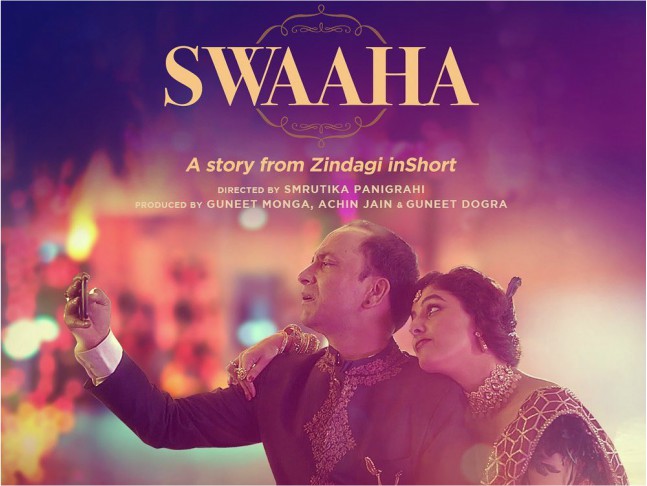 Swaaha is the story of a well-to-do man, who is briefly devastated upon finding out about his wife's extramarital affair at his younger brother's wedding. When the husband confronts the wife, hilarity ensues. And what starts off on a serious note, ends on a hilarious note. Directed by Smrutika Panigrahi, Swaaha stars Deepak Dobriyal and Isha Talwar. The strength of this short film lies in the acting calibre. Deepak and Isha get into their characters and play them as themselves, perfectly.