The Sky Is Pink Review: Priyanka Chopra Jonas and Farhan Akhtar teach us to embrace death with smiles and tears in equal measure

Film: The Sky Is Pink

Can pain be cathartic? Do we ever find closure in death? Many such pertinent questions director Shonali Bose answers with her latest release, The Sky Is Pink. Ten minutes into the film, and you have Aisha (Zaira Wasim), the narrator of TSIP, confirming that she is dead. But hey, “Get over it. It’s quite cool actually. You’ll see when you get here,” consoles her voice from the afterlife. You are in for a rom-com experience which will tug at your heartstrings rather strongly.

The film is based on the real-life story of Aditi (Priyanka Chopra) and Niren Chaudhary (Farhan Akhtar) and their daughter Aisha, who was diagnosed with SCID (Severe Combined Immuno-Deficiency). Spanning over three decades, TSIP moves in alternate time zones, keeping the audience engaged with how a relationship and family cope (and don’t) with extreme circumstances. Aisha, with no self-pity in her voice, affectionately tells her life story. She insists on calling her mother “Moose” and her father “Panda.” They had a mixed-caste love marriage that began in Delhi’s Chandani Chowk and went onto London. 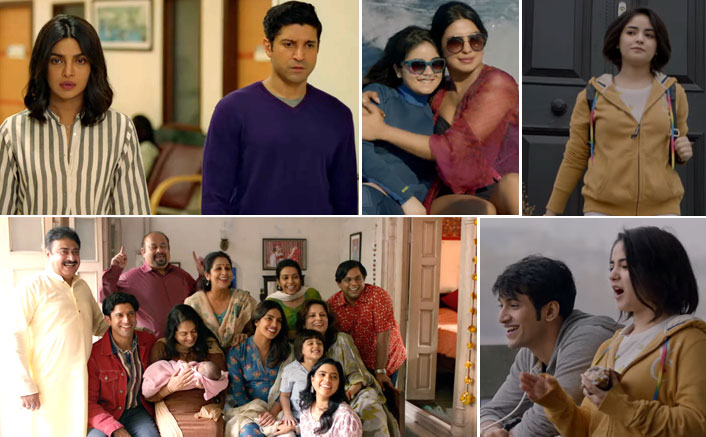 A spunky, spirited Aisha dwells on her parents’ sex life (or rather lack of it) from her grave, introducing us to their love story. The non-linear narrative oscillates between the couple losing their first-born daughter Tanya to SCID, while their second child Ishaan (Rohit Saraf) escapes the genetic disorder. Unfortunately, Aisha is diagnosed with the life-threating disease, and there begins the plot where a family has to deal with the impending death of a loved one. As an audience, you will not be able to escape the grief.

Recommended Read:  'You should be very proud,' says Priyanka Chopra Jonas' husband Nick Jonas on watching her film 'The Sky Is Pink'

In one scene, Aditi tells her son Ishaan to be who he is, and not change for anyone. “If according to you the colour of your sky is pink, so be it. That’s your choice for your sky. Don’t let anyone change it,” asserts Aditi, establishing herself as a high-spirited, headstrong and fighter mother.

The screenplay by Shonali Bose and Nilesh Maniyar is long at 2.14 hours, but packed with Juhi Chaturvedi’s (Vicky Donor, Piku fame) and Nilesh’s dialogues, there are umpteen moments to crack you up with tears brimming in your eyes. The conflict of emotions is as real as it gets. Cinematography by Kartik Vijay and Nick Cooke captures the hot excitement of Chandani Chowk just as beautifully as the cold sobriety of London. Mickey McCleary’s background score dips and soars at poignant points, striking the right chord. 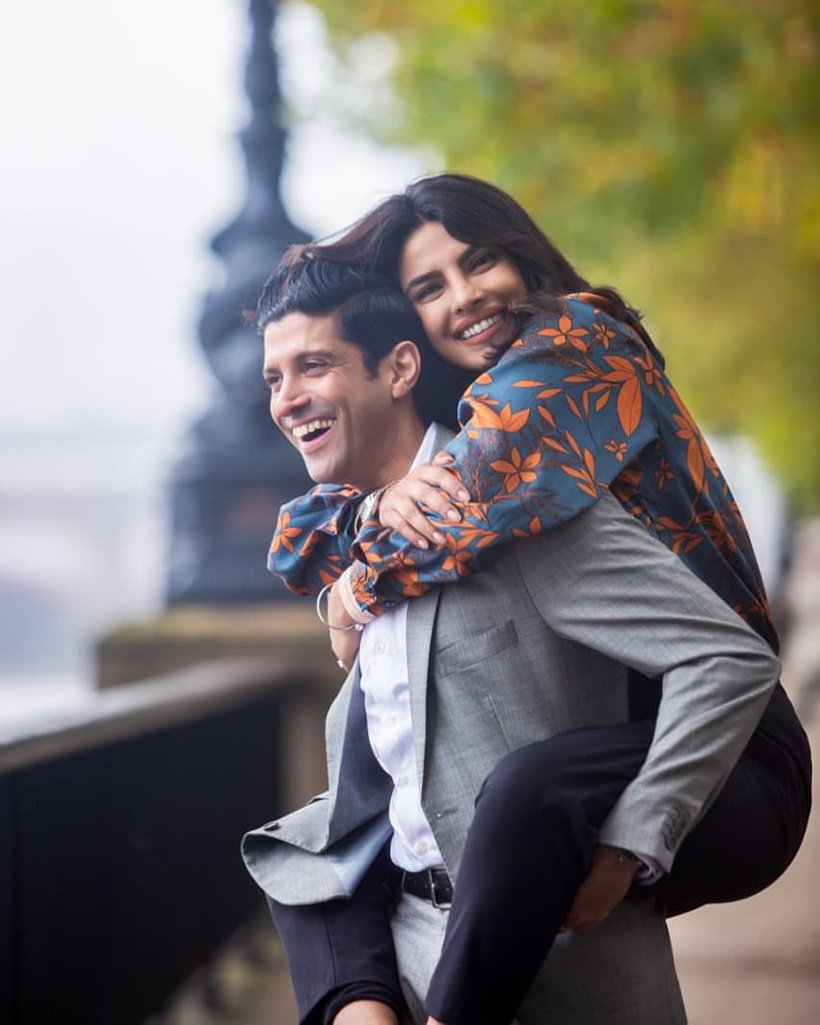 Priyanka Chopra Jonas, who is making a comeback of sorts to Bollywood after three years, is the film’s strongest link. She is unflinching, convincing and makes a strong case as a mother whose only motive is to keep her daughter alive. Farhan Akhtar plays the down-to earth-husband and father who balances his wife’s fierceness by gently supporting her in all her endeavours to save their child. There’s a scene in the film where Niren aka Farhan goes on the radio in London and begs for money to treat Aisha. The catch in his voice will move you to tears.

Zaira as Aisha delivers a beautiful performance, taking forward her Secret Superstar legacy. Rohit as Ishaan is the supportive sibling, silently standing by, giving in to her quirks. In a scene when Aisha calls Ishaan to confess that she does not want to die, there’s the near emotional outburst of the helpless brother who’s consoling his sister while struggling not to breakdown. Rohit serves his part well.

Director Shonali Bose completes her trilogy on the mother-child relationship with TSIP, first two being Amu and Margarita With A Straw. The Sky Is Pink is reflective of the filmmaker's personal loss. One of the key reasons to make this film was that Shonali herself had dealt with the disintegration of her marriage after she lost her child back in 2010. As the captain of TSIP ship, she manages to keep you thoroughly invested in the emotional arc of her characters and their bitter-sweet tragedy. 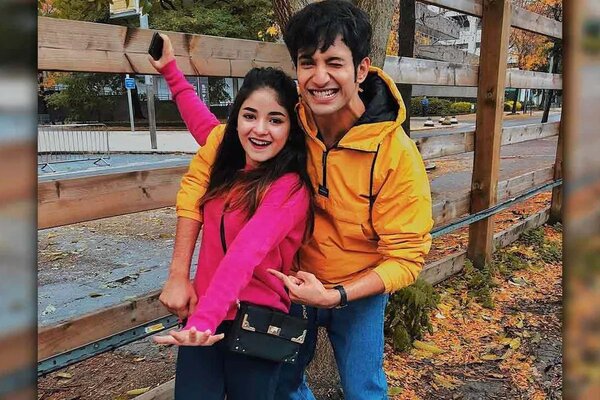 The Sky Is Pink is soul searching, it teaches us to embrace death with a smile, celebrate life, and make each day count. Carry your tissues along because this pink sky might compel you cry a small shower.