Advertisement
HomeBOLLYWOODBollywood ReviewsMission Over Mars Review: Sakshi Tanwar's and Mona Singh's M-O-M is an amalgamation of woman empowerment and patriotism

Mission Over Mars Review: Sakshi Tanwar's and Mona Singh's M-O-M is an amalgamation of woman empowerment and patriotism

Alt Balaji’s and Zee5’s latest offering M-O- M (Mission Over Mars) is launched at a time when everybody is talking about India’s recent moon mission (Chandrayaan 2). Standing true to the topical scenario, Ekta Kapoor’s web show M-O-M celebrates the biggest victories of India in the field of space research as it talks about four women scientists from different backgrounds accomplish the Mars mission.

This is not a new topic that the audience is witnessing, a month ago Akshay Kumar, Vidya Balan, and Taapse Pannu starrer Mission Mangal was based on the same lines. However, the web series has probably something more to offer than the film. 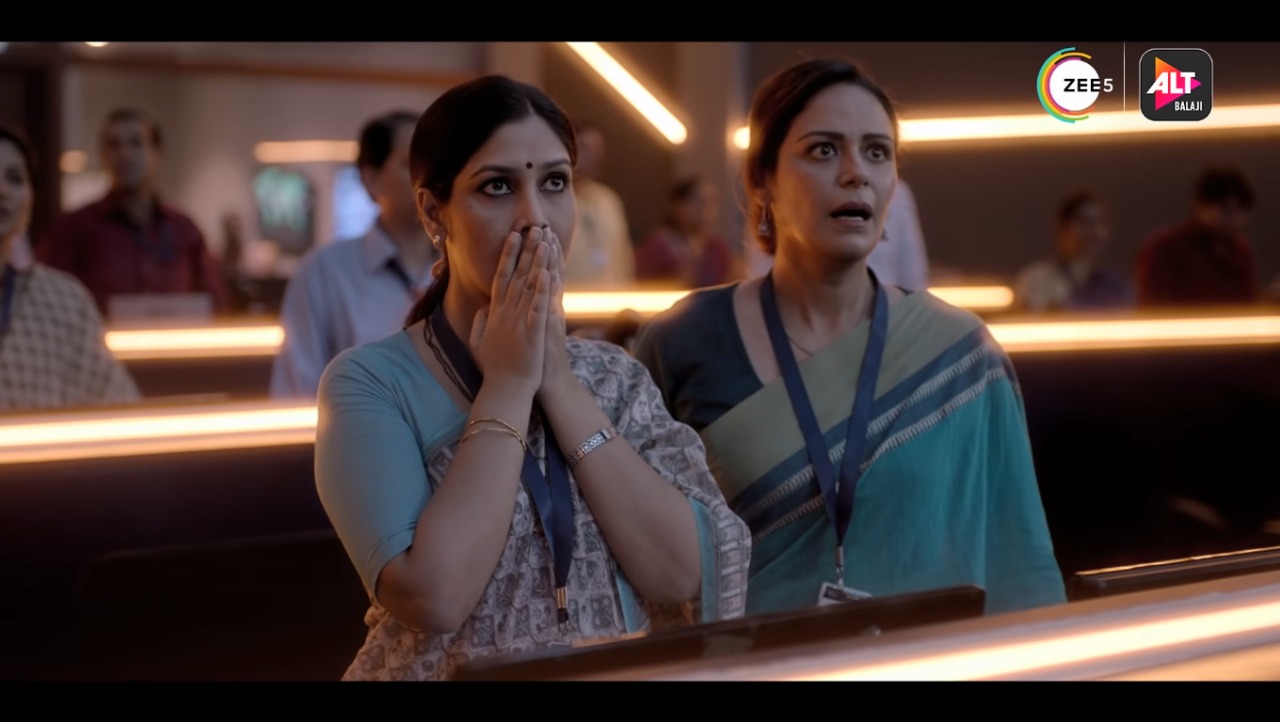 M-O-M stars some of the most prolific actors like Sakshi Tanwar, Mona Singh, Nidhi Singh, Palomi Ghosh in lead roles, along with veteran actors Ashish Vidyarthi and Mohan Joshi in prominent roles.

Directed by The Test Case fame director, Vinay Waikul, five episodes of this co-created web-series are streaming now on ALTBalaji and ZEE5 and the remaining three will be available on the app from September 12. The story revolves around four ISA (Indian Space Agency) women scientists who overcome a seemingly impossible technical deficit to launch the Mars Mission.

Nandita Hariprasad (played by Sakshi Tanwar) who is the Program Director of M-O-M, comes across as a no-nonsense woman who never lets short term emotions get in the way of her and her team’s long-term goals. The audience gets a glimpse of her fierce character in every episode as she is one woman whom we ought to relate to. Not only is she a scientist but also a mother, who keeps a tab on her kids. Powerful, ambitious and full of knowledge, she is the Project head of the mission. Bengali scientist Moushmi Ghosh (Mona Singh) aka (Vidya Balan of Mission Mangal) bears the brunt of the failure of her previous project. Despite facing setbacks, she is competitive and a go-getter. She is a single mother and a divorcee but has ambitions that keep her focus on the goal ahead.

Neetu Sinha (played by Nidhi Singh) is a superstitious Sr. Scientist who believes in numerology and muhurat, to such an extent that she calculates her marital life and kids on the basis of her star sign. However, on the professional front, she is a scholar in mathematics and an integral part of the Mars mission. Lastly, it is Meghan  Reddy (played by Palomi Ghosh), a certified genius and an engineering geek, who puts her best foot forward to make this mission a success. Personally she is one unhappy soul, who checklists guys on a date and asks them questions related to astronomy. She is the 'tinderrella' scientist who uses the app and matches apt prospects for herself when she is not working on the Mars mission. Her personal mission is to go on a honeymoon.

In a nutshell, these four different personalities come together as a team and create a name for themselves and make India proud by creating history. The series is all about, the hardships and battles they face before the accomplishment of their mission. 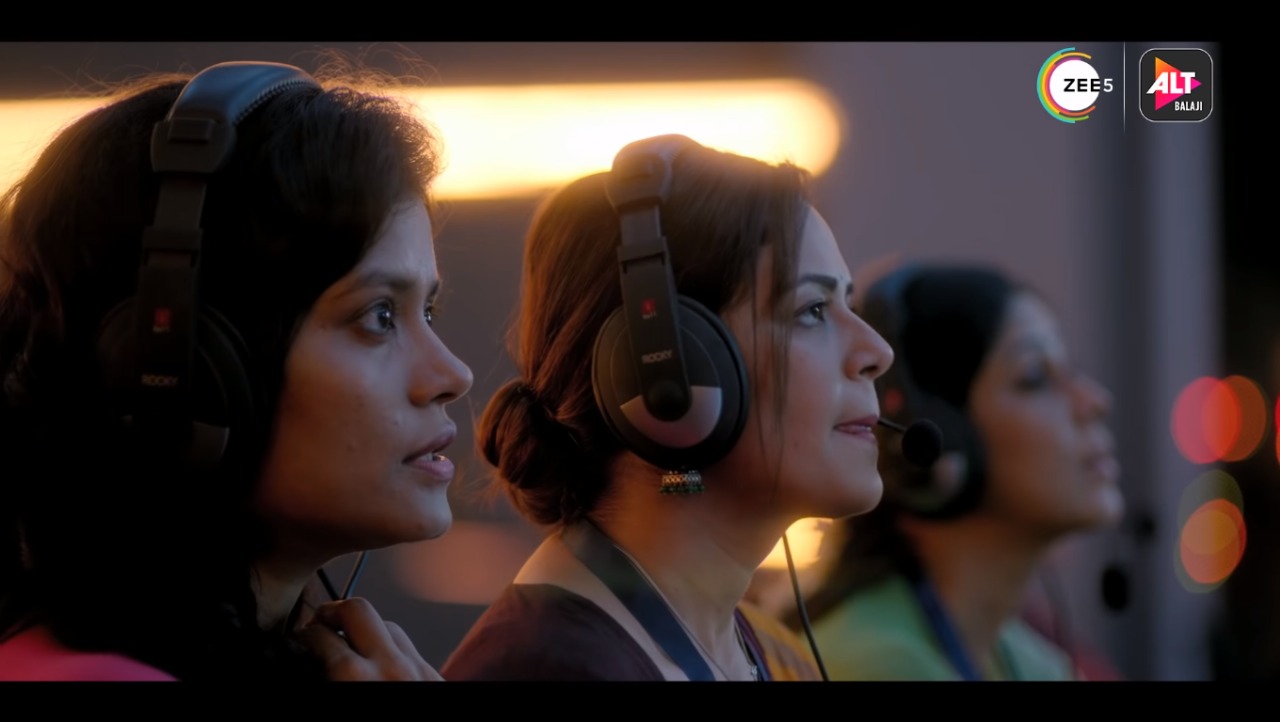 Unlike the genre, the show doesn't levy us with heavy scientific jargons, rather the makers have simplified the tone of the dialogues so that it can be viewed by all age groups. Overall the series is inspiring and make us beam with pride. With each passing episode we smile, laugh, and a sense of patriotism evokes within us.

Talking about the performance of the actors, needless to say, Sakshi Tanwar a powerhouse of talent shines bright in her all-new strict avatar. Mona Singh justifies her role with panache. Nidhi Singh who has been part of Alt Balaji’s Apharan is a surprise package as she aces the superstitious scientist avatar with perfection and trust me when I say she lights up the screen with her sense of humour. While Palomi Ghosh as a geeky single scientist looking for a happily ever after with her Prince Charming is relatable AF.

Needless to say, the supporting cast has done a commendable job. Ashish Vidyarthi and Mona Ambegaonkar do a remarkable job, despite having four powerful ladies, ruling the screen space. While Ankur Rathee who essays the role of an engineer in the series displays looks, good looks, and good looks and gives us the perfect Balaji feels and is the eye candy of the series. We can only say these women not only made the whole nation proud but also placed India ahead of many other countries on the space map. In the process, they conquered their own inward imperfections, making for an inspirational story.

At the end we would simply say, when you are deeply engrossed in something, you tend to forget everything else around. Such was the impact of Mission Over Mars (M-O-M) on our mind. Ekta Kapoor does it again and we are super proud as a generation to witness history in the form of a web series.