Advertisement
HomeBOLLYWOODREVIEWSBharat Review: Salman Khan’s film is an ode to his loyal fans

Bharat Review: Salman Khan’s film is an ode to his loyal fans

Desh logon se banta hai aur logon ki pehchan unke pariwar se hoti hai. But director Ali Abbas Zafar’s Eid offering Bharat’s identity is synonyms with only Salman Khan. No actor holds sway over the box office during Eid like Bhaijaan does, his last two releases Race 3 (2018) and Tubelight (2017) notwithstanding. However, it seems Salman will get third time lucky with Bharat where he has joined hands with Ali who has given the actor sweeping hits in Sultan (2016) and Tiger Zinda Hai (2017) in the past.

A family is displaced at the time of partition… Bharat’s story is about the father (Jackie Shroff) who makes his son Bharat (Salman Khan) promise that he would look after his family. Bharat’s journey spans over seven decades, from when he was a seven-year-old boy at the Atari Railway Station to being 70 at the Wagah border. Bharat is largely about hope – about reuniting the family. 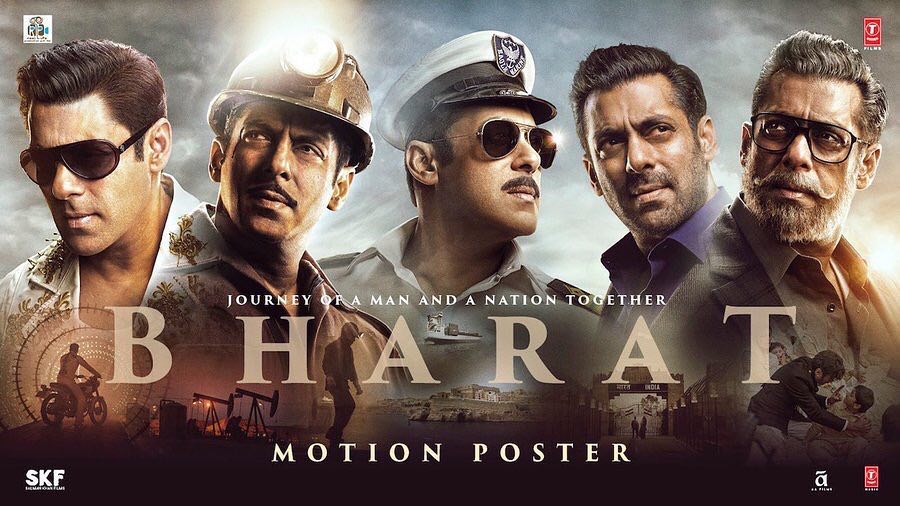 Based on the 2014 South Korean melodrama Ode to My Father, the film runs in parallel with Bharat’s personal life and the socio-political upheavals in India between 1947-2010. With a run time of 167 minutes, Bharat’s drawback happens to be its stretched narrative. But you cannot take away credit from Ali who, staying true to his word, has summed up “seven short films in one”. Each decade has a song, a central character (alongside Salman), a new profession for our leading man and a brand new look.

RECOMMENDED READ: I used to click Salman Khan’s pictures and carry them in my pocket asking producers to cast him: Jackie Shroff on the special relationship he shares with his ‘Bharat’ co-star

After a quick dive into partition and his childhood, Salman’s fans will root for his ‘Jawani Janeman’ phase where a ruggedly handsome 20-something Bhai (thanks to VFX) performs daredevil circus stunts with a stunning Disha Patani in a 20-minute cameo in slow motion before fading into the oblivion. 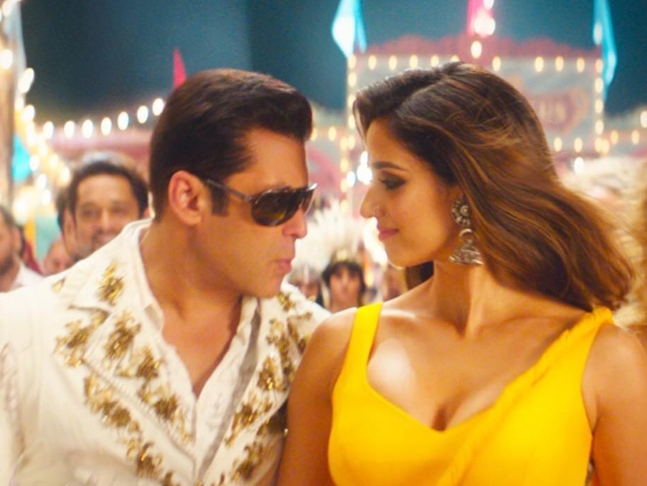 Touch 30s and you meet Madam Sir Kummud Raina aka Katrina Kaif. A no-nonsense, headstrong and independent woman (this is the 1960s to 2010) with permed hair, cotton sarees and fine lines, Katrina looks and emotes her part with utmost sincerity and her shudh Hindi dialect will put many mainstream actresses to shame. Her part, as a supervisor of oil extraction operations in the Middle Eastern region, commands attention. Priyanka Chopra Jonas’s loss is certainly Katrina’s gain. By all means. 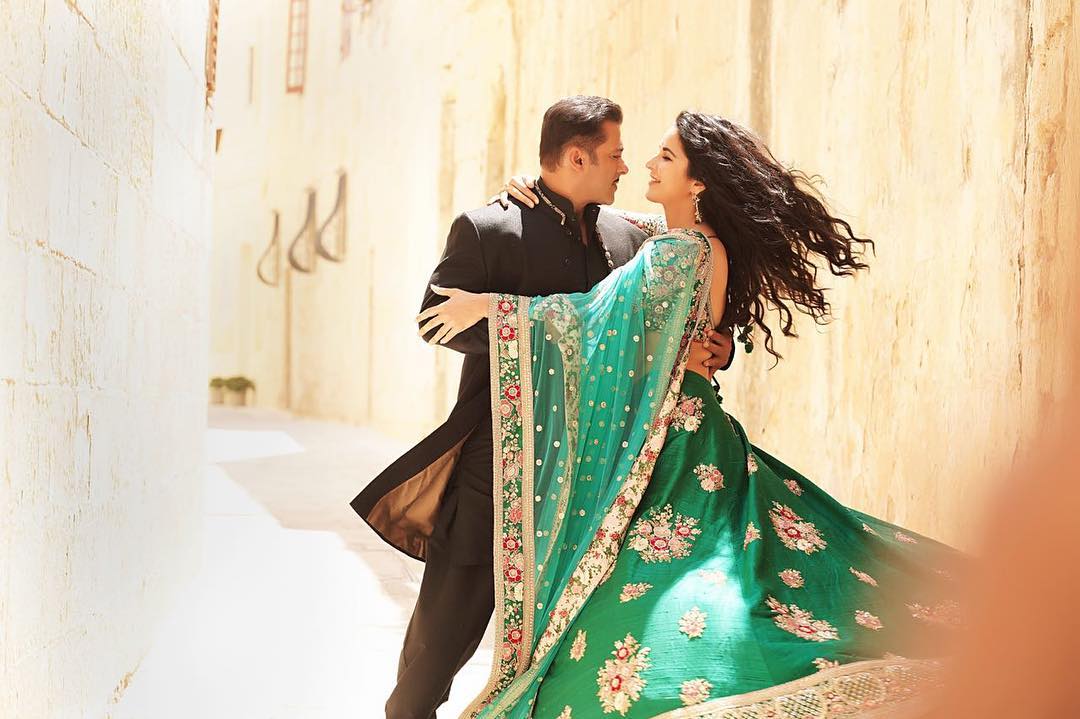 Katrina’s romantic angle with Salman is endearing, calling him “sexy” in response to his “I love you” and defying norms by entering into a live-in relationship with Bharat (in 1970) as he is not ready to give up on his “promise” for the sake of marriage. The maturity in the Sal-Kat real-life friendship reflects in their onscreen chemistry.

Fast forward to the 40s you have Salman as a Navy officer in uniform and you cannot help but get stumped by his charm. He sticks to his philosophy, baat karne se sab hal ho jata hai – it’s easy to bail out of any adversity with conversation, dancing to old classics of Amitabh Bachchan and further, a special mention his dear friend Shah Rukh Khan, in a subtle way. 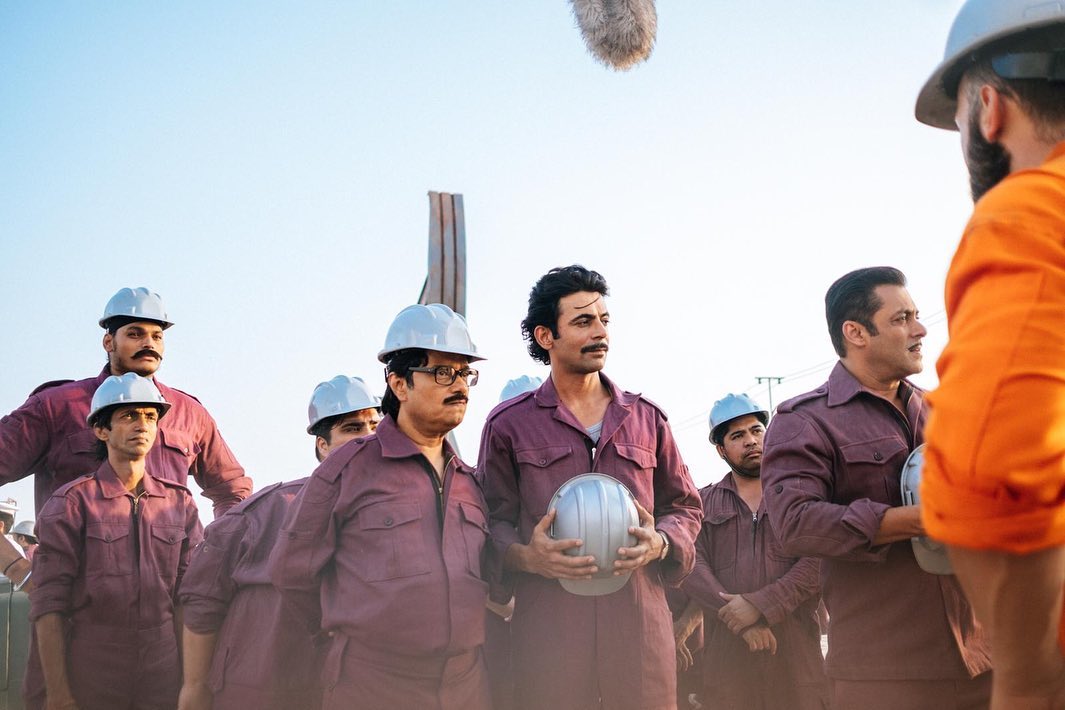 But right through Bharat’s childhood, his first friend in post-partition India, Vilayati, played by ace comedian Sunil Grover, is the film’s backbone. If Salman is all heart, Sunil is instrumental as the quintessential Bollywood dost, he will make you laugh, cry and rejoice all in one scene. This might be one of the best roles written for Sunil, who, till the very last frame, is Salman’s shadow and bears the equal burden and responsibility of Bharat’s promise. Kudos to Ali for not reducing hero ka dost into a sidey caricature.

In a nutshell, the sole connection between Bharat, his father and the “promise” is a grocery shop Hind Ration Store, an address where Jackie (in his parting Partition shot) “promises” to meet his son when the riots end. Bharat’s hope is never-ending. He does not give up the search for his father and with each passing decade, the plot thickens. 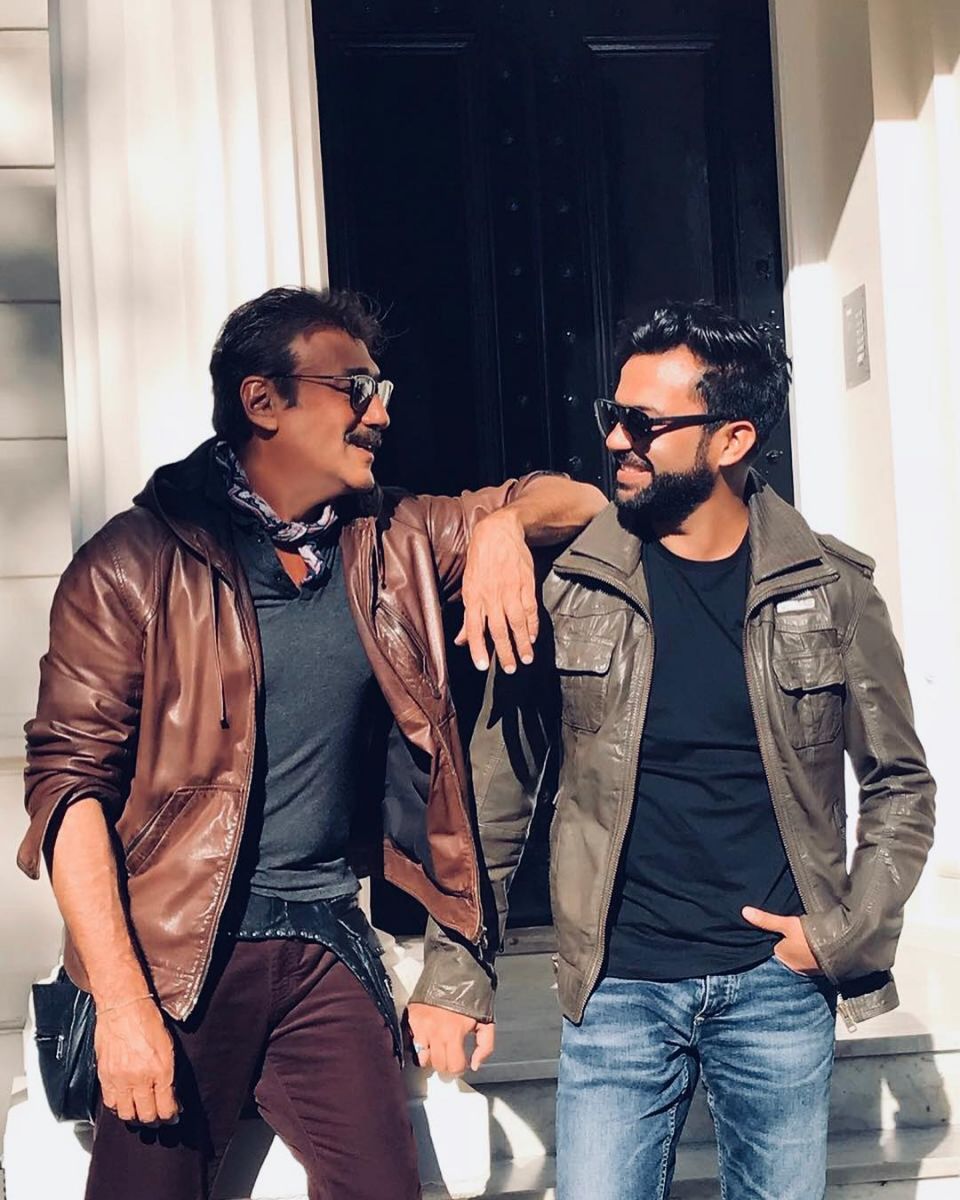 While the first half is easy, glamorous, funny and engrossing, the second half weighs you down due to its length. Ali shifts gears when he introduces the ‘Mere Apne’ segment, an initiative by Katrina (who in her late 50s is Zee News’ Creative Head), to make estranged families meet across the border. The backdrop year is 1999, and it’s where Bharat reunites with his long lost sister (at the time of Partition) Gudiya (Tabu) who makes a brief cameo in a tear-jerking scene. Fans will see their beloved Salman cry his heart out, and surprisingly enough, you will feel for his pain. Because he is good.

After Bajrangi Bhaijaan, this is Salman’s best work in terms of performance. He is the soul of the film, he breathes life into every moment, a strong yet vulnerable man who values family, friendships, his promises, his love for Katrina and sacrifices his entire life to fulfill his share of duties.

Ali has done a fine job with the film and his leading man. Salman kicks butt as a 70-year-old, mouths fiery one-liners (credits to Varun V. Sharma), the screenplay (by Ali and Varun) moves on a slick pace but editor Rameshwar S. Bhagat should have chopped a few loose ends here and there. The film gets a bit tedious in the last 20 minutes but the music score by Vishal-Shekhar and  Julius Packiam keep your spirits high. 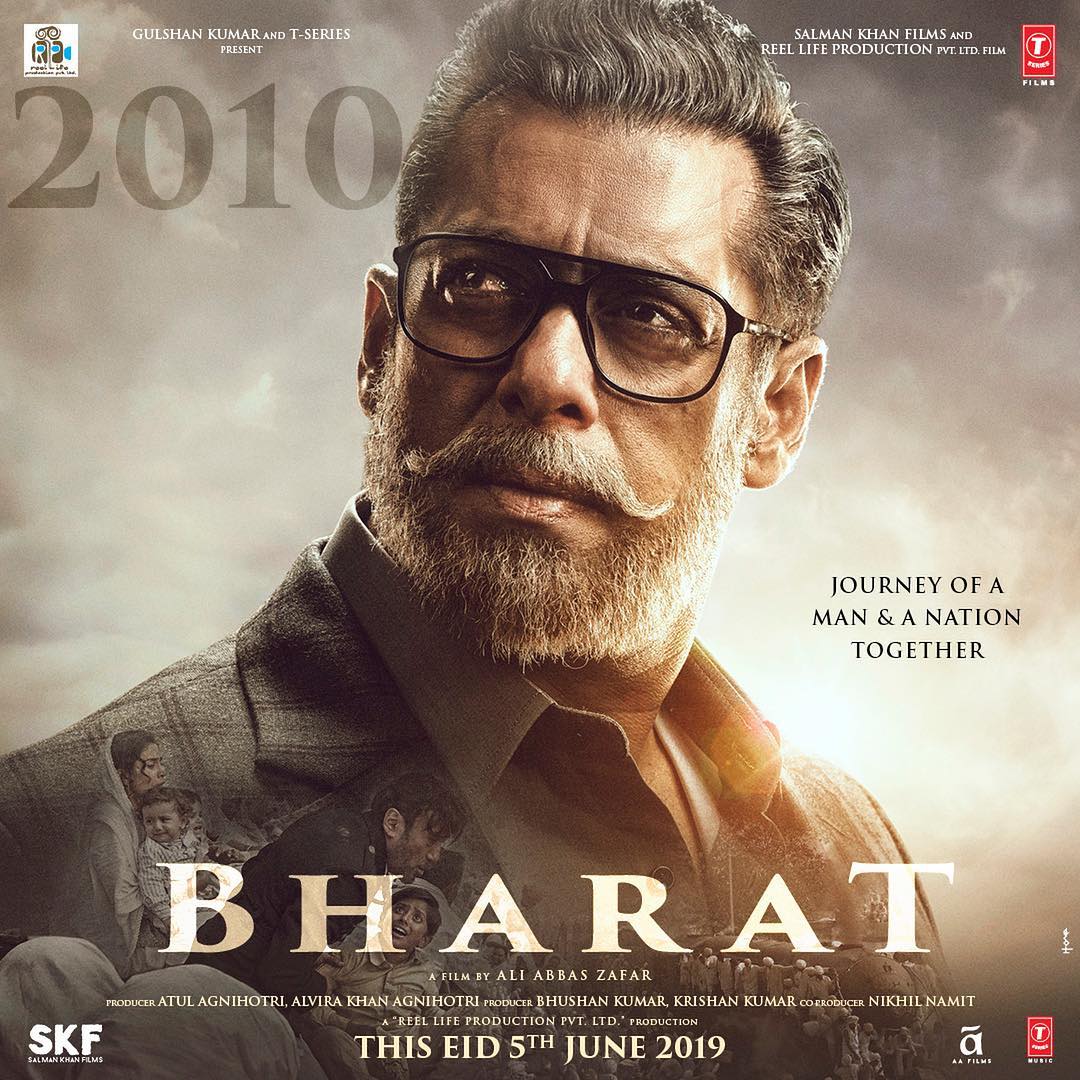 In Bharat’s words, Yeh sher boodha zaroor ho gaya hai ... lekin shikaar karna nahi bhoola, and Salman stands true to the same. At 53, there is no stopping this superstar. A 'chashni' dipped Eidi to Bhai’s fans, sums up Bharat for us.