De Pyaar De questions why seemingly sensible and accomplished women settle with men of debatable manners and thinking. However, if you look beyond the jokes on age then the film is a one-time watch.

De Pyaar De was supposed to be a laugh-a-riot film if you go by the  the finished product fails to grasp your attention and falters in the quotient. The jokes are too to remember or laugh out loud. The bittersweet romantic comedy is directed by Akiv Ali and revolves around a 50-year-old investment broker played by Ajay and his sprightly 26-year-old girlfriend played by Rakul. 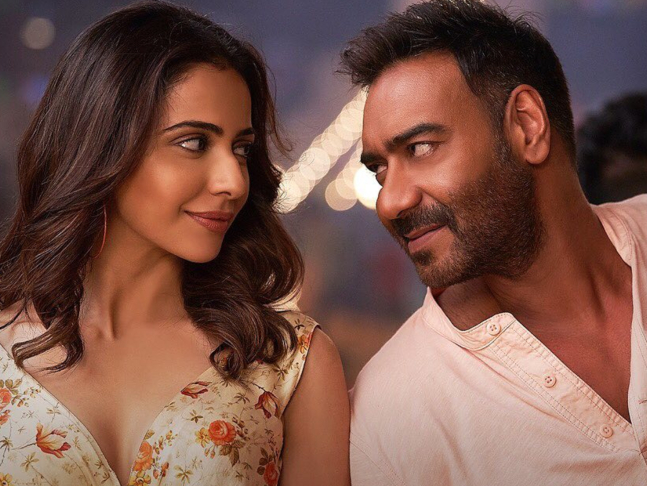 This seemingly mismatched couple in a world of their is all rosy and beautiful but lacks real chemistry between the actors. The film is full of jokes it gets pretty repetitive after some time. is an moonlights as a bartender and has a one-dimensional and unrealistically perky character that you struggle to identify with.

Ajay’s and Rakul’s rose-tinted life gets a major jolt when the couple heads to India to meet his ex-wife and kids and this is the saving grace of the film because finally, Tabu makes an appearance. Tabu is a scene stealer as the unflappable and level-headed Manju. She is the most well-rounded character in the film. Even when she makes cringe-worthy sex noises, she is believable and relatable. She dwarfs other actors with her she gets the screen time in only the second half. 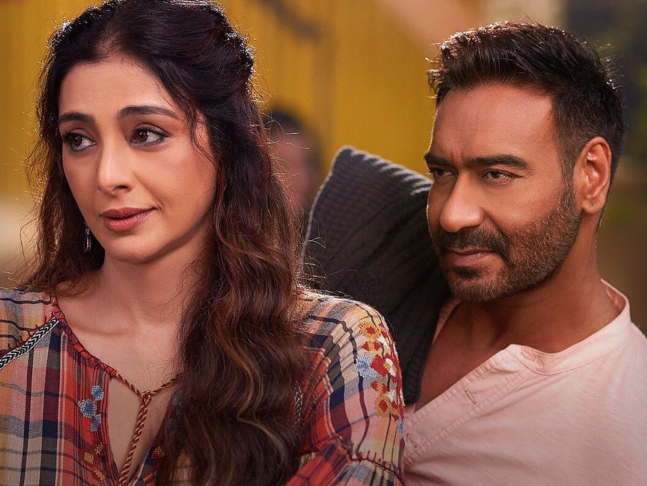 is extremely likeable as the younger woman while Ajay’s wry and dead-pan eyes grow on you. Jimmy Shergill as the suitor is a Alok Nath’s comic antics are an eyesore.  De Pyaar  second half is more enjoyable than the first. Tabu’s and Ajay’s chemistry is more on-the-point and crackling than Rakul’s and Ajay’s. 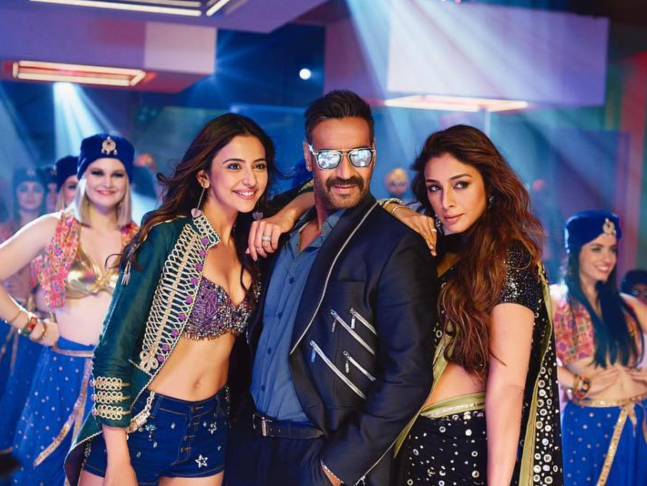