There are umpteen numbers of horror films that showcase how technology or artificial intelligence is out to take over our lives and planets, most notably being Poltergeist and The Ring. Writer-director Jacob Chase’s Come Play based on his own 5-minute short falls in the same genre. Come Play is probably a step further from The Babadook where the evil is not in a hardbound children’s story book but instead on smartphones, tablets and electric devices which have become an integral part of our lives today.

Come Play can be taken as a clever indication of how the smart phones and tablets are taking us away from the human touch and making us isolated in our little virtual lives. The film does not actually break new ground but it does give food for thought about how to combat the loneliness perpetrated to us when we are all engrossed in social media, tablets and iPhones and have no time left to socialize and mingle with friends. 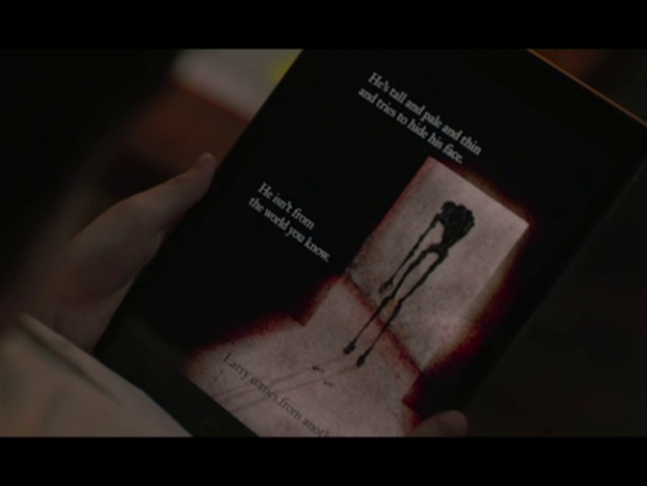 In Come Play, Oliver (Azhy Robertson) is a boy on the autism spectrum who loves Spongebob Squarepants and uses an app on his cell phone to communicate with his mother (Gillian Jacobs) and father (John Gallagher Jr.) and everyone else. He doesn’t have any friends and leads a lonely, silent and isolated existence. One day a mysterious eBook Misunderstood Monsters show up on his device and all hell breaks loose as it tells the story of ‘Larry’, a monster who wants a friend and ‘will climb through a window to get one’. Larry tells Oliver, “Your parents want you to be normal but I just want to be your friend,” a hopeful attempt to get Oliver to trust him. It’s only a matter of time until Larry enters the real world and takes Oliver with him to his own. Larry can be seen through a device’s screen and draws energy from power sources. 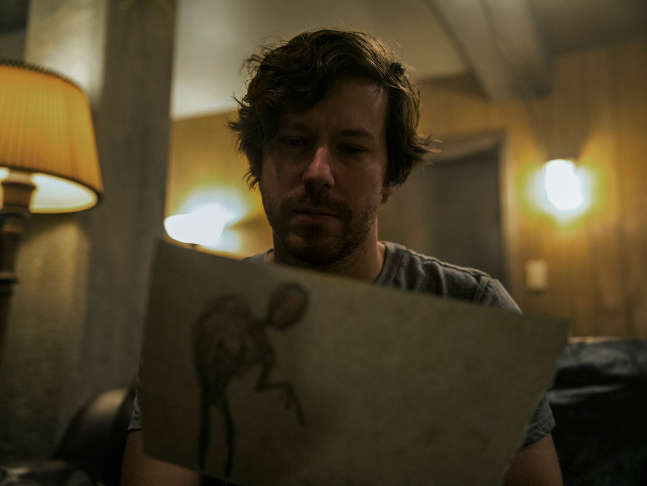 Oliver seems to show affection to his father Marty (John Gallagher Jr.) who gets to be the ‘hero’ while has minimal rapport with his mother Sarah (Jillian Jacobs), refusing to even look into her eye. The boy’s parents are in the process of separating as the strain of having a child unable to communicate starts to take a toll on their marital life. Sara resents her husband for giving gifts to Oliver while she becomes the ‘bad guy’ even though she takes care of him throughout the day.

Despite small hiccups in plot and character, Come Play is a teen-friendly horror film with no sex, nudity, profanity or gore. The scene where three of Oliver’s classmates come for a sleepover on Sarah’s plan of trying to get Oliver to make friends does give you the chills. However, the film is a little low on spookiness and will make you question the characters’ decisions. Azhy Robertson’s performance in the film is top notch. He was seen recently in Marriage Story and The Plot Against America. He aces his role of a boy primarily alone in his thoughts. His lack of expressing his feelings into words ups the stakes for the film and you feel his vulnerability to become a victim of more sinister influences. Jacobs’ Sarah plays a mother whose love is never in doubt for her child but whose nerves are in shreds and she is just unable to cope with the predicaments life is throwing at her. However, when she is left alone to protect Oliver because of Marty’s injury she rises to the occasion and the mother-son duo must iron out their differences to fight an invisible foe. 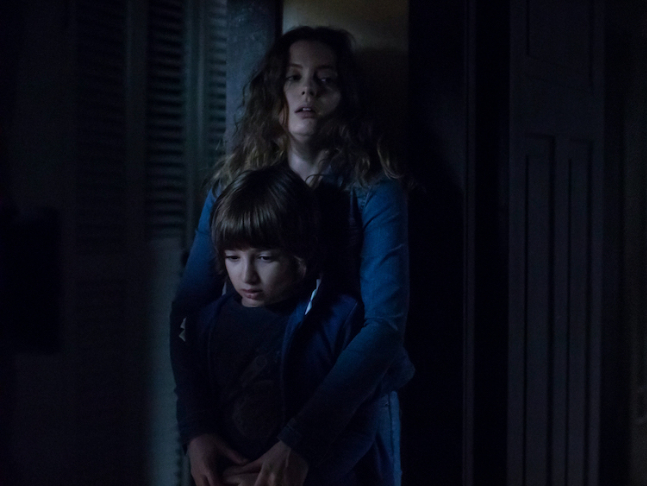 Come Play is bold enough to showcase the strain in the familial relationships but at the same time humanizes the characters. Maxine Alexandre’s cinematography is precise and not jarring. Come Play also boasts of tight editing by Gregory Plotkin and a chilling and haunting score by Roque Banos. Chase does not rely on cheap jump scares, shrieks, blood or gore but builds and sustains the suspense with controlled camera movement, staticky music and raspy whispers that does not irk the viewer but helps in moving the story forward and establish the look-and-feel of a digital monster.

Come Play inadvertently gives a lesson that technology can make you lonely and will be a friendly alternative only till it does not ask anything in return. Maybe it will also serve as a reckoner for parents to limit their children’s usage of electronic devices. Come Play does not give you the heebie-jeebies but it still is an entertaining watch.