Singer Rahul Vaidya's wedding to TV actress Disha Parmar was one of the biggest weddings in the Television industry. The couple's wedding festivities, which took place last weekend, made constant headlines and one thing which was sure was that the couple was definitely high on fashion and we have to credit their stylists for it. From royal Abu Jani Sandeep Khosla pieces to surreal looks, Rahul and Disha, who tied the knot on July 16 in Mumbai, made sure to made heads turn.

To discuss more about Rahul's incredible and dapper looks, PeepingMoon got in a candid chat with his talented stylist Saachi Vijaywargia, who has made a great name in the celeb styling space. Saachi spilled the beans on how she planned the wedding outfits in a span of two weeks with the help of the groom himself. 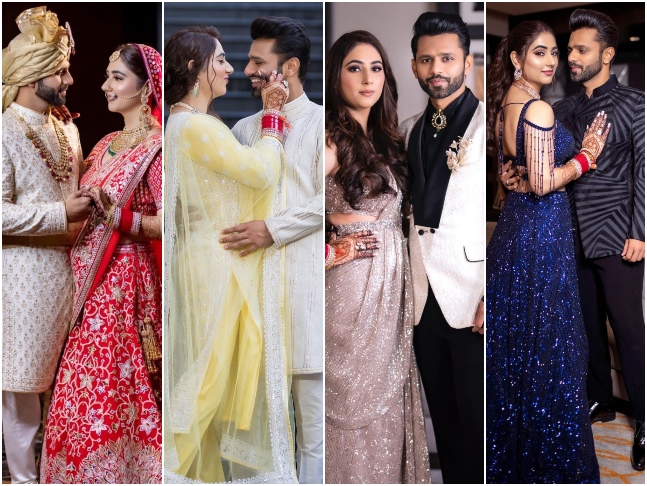 When did you start planning the outfits for Rahul Vaidya’s wedding?

The entire planning happened only after we came back from Cape Town after Khatron Ke Khiladi. Disha might have already started seeing her outfits but for Rahul, we started one week later after quarantining after returning. After that, we started planning it. It was a very urgent kind of sourcing done for the wedding. Otherwise, you plan at least 2 months before the wedding. This one we had to do it on our toes. Thankfully, a lot of designers also came forward. He (Rahul) had to also put in a lot of effort from his side. He had to go to all the brand and designers himself for trials and everything. Thankfully, we got very good stuff and it went great. 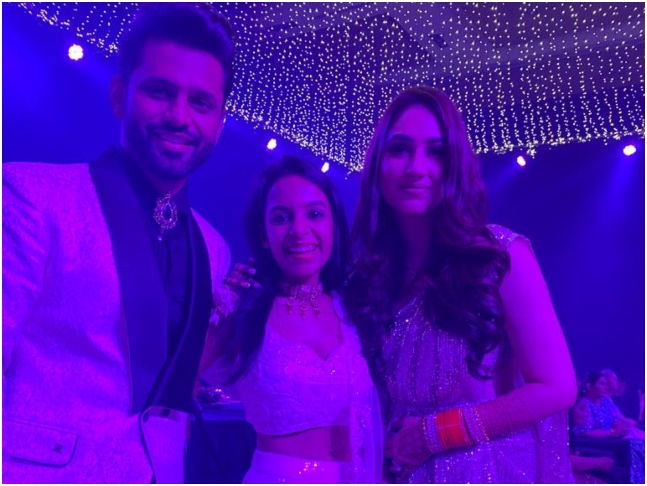 Was there any specific reference given to you by Rahul or Disha?

No, they are both very sweet people. They left a lot of things on us. Once they hire you, they tell us ‘make us look good, that’s all’. They’re extremely sweet and less complicated people in terms of dressing up. They don’t have too many ifs and buts. But if you show them 20 pieces, they might like 1 piece in the beginning and it might click them and they’ll lock that one. They won’t even see the rest of the pieces. They are very sorted, they know what will look good. There was no specific brief but they just wanted to be subtle and nice.

Was it a mutual decision to ditch colour coordination for the wedding outfits?

We didn’t even have the time to coordinate it because Disha’s outfits were locked much before Rahul was even back in Bombay. Doing a bride’s outfit is even more difficult. Secondly, we didn’t even want to do a very coordinated thing. We wanted it to make it a contrast. We experimented in the opposite colour zone instead of keeping it monotone. 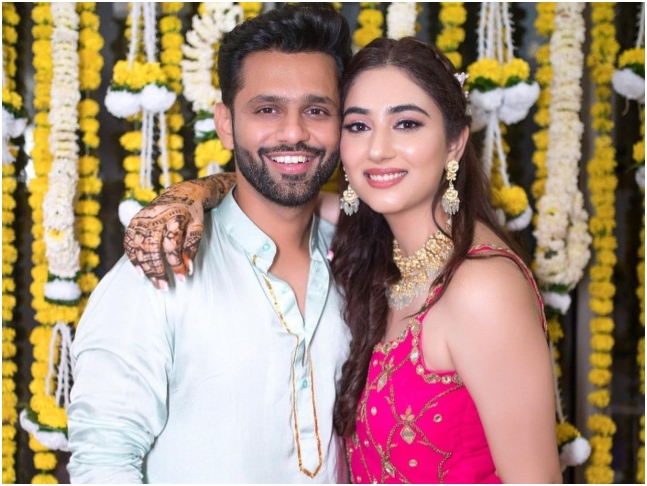 The execution looked like a dream which means it was equally hectic. How did you manage your schedule?

We did everything in a span of two weeks because that’s the only time we had. In that much time, more than me, Rahul was under so much pressure. We all came back on June 23 and then we had institutional quarantine so post that, we used to go to designers almost every day. We went to Shantanu Nikhil, Abu Jani Sandeep Khosla, we even spoke to Manish Malhotra. It was fun but very hectic, to sum up in a week’s time.

Abu Jani Sandeep Khosla was a major part of the wedding. How was the deal cracked?

Abu Jani Sandeep Khosla we’re extremely sweet. Actually, we initially were looking for outfits from them only for Rahul but Disha also came along with us to see Rahul’s outfits for the wedding and kind of liked an outfit for herself also and they offered that they’d like to dress her up also as they’re dressing up Rahul. So we changed the entire thing last moment. It was great fun and they were extremely helpful and a delight to work with. The designers were amazing, we wanted to do 1 outfit from them but when we went there a couple of times, we started liking outfits for other functions as well. So we kind of locked a lot of stuff from there as well. A celebrity wedding is often at the risk of trolls if the outfits are not pleasing to the eyes of the people on the internet. Was there stress about that?

There wasn’t any stress as such but since we had to do everything in a short span of time, we couldn’t hold any designer piece and look for more. There were a few things that we had finalized and then we had to cancel it. It was tricky to say no to designers after finalizing something. Because of the time crunch, there were a few situations we were stuck at. But I hope they all understood and everyone was very glad and happy.

You also styled Rahul's BFF Aly Goni for the wedding. Did the process become more hectic for you?

I styled Aly, Vishal Aditya Singh and Sana Makbul for the wedding as well. They were invited to the wedding some time back only. But that’s a part of my job. I was doing a lot more also, apart from the wedding. So, that’s okay. 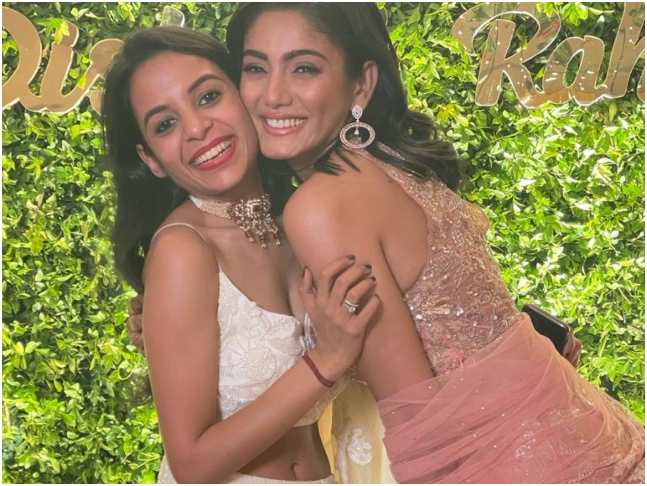