On Sunday, Shardul Pandit was introduced as one of the three new contestants of Bigg Boss 14. A television actor, singer and radio jockey, Shardul made headlines recently for facing financial difficulties and confessed consuming steroids to maintain a certain physique.

Before going inside the Bigg Boss 14 house, Shardul sat for an exclusive interview with PeepingMoon. He spoke to us about his steroids and financial crisis controversy, favourite contestant this season and whether it is an advantage to enter the house three weeks after the premiere.

It should be the other way round, why did Bigg Boss choose me. Every actor wants to be a part of Bigg Boss. If someone says, ‘Oh I will never do this show’, 3 years later, they are very much a part of it.

Any strategy in mind?

There can’t be any strategy. Making a strategy is like going to a class and trying to outsmart your Principal. 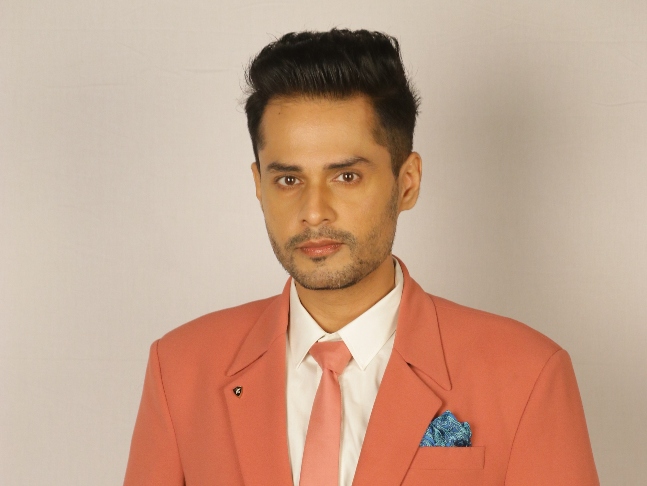 Bigg Boss is filled with controversies, fights and verbal spats. Are you ready to face it all?

Controversy, I won’t be aware of what’s happening. Till the time I don’t come out, it won’t bother me and won’t reach me too. As far as fights are concerned, I’m not worried of them.

Is it an advantage to enter the house 3 weeks after premiere?

I don’t see it as an advantage because there are people already inside and they have a notion that yeh ghar mera hai (this is my house). They have already made friends and can possibly think that the news ones will try to pull them down. The advantage is that the show has picked up. People are now watching it. After the first episode, it is always written that the latest season has nothing new and worth watching. Two weeks later, season becomes a hit. It’s better to enter when the season is successful.

Will you give the 9 other contestants inside the house a tough run for their money?

Of course, that is why I have entered the house. Competition has different meanings. Everyone has their own agendas. My agenda is very clear and I am confident that whether I’m out at the last episode or before that, I’ll play to the fullest. Who is your personal favourite Bigg Boss 14 contestant as a viewer?

It’s been a very long lockdown and when you see Pavitra Punia dance to Tip Tip Barsa Paani, as a boy, kuch kuch hota hai. That is something I can’t overlook. I think Eijaz Khan is a strong contestant. I kind of like him as he sent me a message after reading my interview. He showed a nice gesture. Jasmin Bhasin, I mean who cries over detergent? That was damn cute. Main apne kapde jaake Jasmin ko hi de dungi ki jaake dho do (I’ll give my clothes to Jasmin for washing) (laughs).

Most of the time, people don’t show their real side inside the house. What’s your plan?

I charge for acting, so I won’t definitely pretend for the cameras. The day Colors signs me as the lead in their show, I’ll switch to my acting mode. Bigg Boss 14 is about being yourself and without that, you can’t create an impact on the audience.

Will you get involved in groupism or play individually?

You have to play individually and in a group at the same time. I’m experiencing this for the first time, so I can’t really say clearly whether groupism or individual game helps.

Are you looking out for a partner inside the house?

I’ve signed up for Bigg Boss 14 and not Splitsvilla. When the cameras are rolling, people fake relationships to get media mileage and sometimes it is genuine. (Jokes) Agar mujhe sach mein dil aa gaya, aur Bigg Boss mujhe ghar, khana aur Corona se protection de rahe hai toh main bolunga, 3-4 saal ruk jao, bacche paida karke hi aaunga (If I genuinely feel something for someone and Bigg Boss is giving me food, shelter and protection from COVID, I’ll tell them to hold on for 3-4 years so that I can exit the house with my own babies). That’s not the case here. These things can’t be faked.

Can you tell us a little about your financial crisis phase? What made you consume steroids?

I was preparing for a web series and there is this perception about how an actor should look. I being a thin guy went on to the course of a steroid and it went wrong. I didn’t take proper medication to keep my figure. After that, I got jaundice and other health-related issues. About the financial crisis, I have been very vocal and the only actor in the Hindi TV actor who shared the screenshot of bank details on social media. There were some actors, who I heard, went around saying that I created this entire PR gimmick to get Bigg Boss 14.

In the history of Bigg Boss, no wildcard entrant has won the trophy. Do you think you’ll be able to change that?

Firstly, I’m not a wildcard. It was a creative call taken by the channel to send a few contestants later. There were 3 seniors also. Since I’m not a wild card, mere chances bhi hai. Nobody knows what will happen this season. Honestly, I’m not going in to only win the trophy but to create work too.

Who according to you is the strongest, weakest and darkhorse?

Pavitra Punia and Eijaz Khan are strong right now as so is Jasmin Bhasin. Rubina Dilaik has also emerged as a strong contestant in the last few days. I consider myself as the darkhorse because I am up against people who have had a huge career or a lot of shows which I don’t have.