Advertisement
HomeBOLLYWOODEXCLUSIVEPeepingMoon Exclusive: ‘Even I want to know when is The Family Man 2 releasing,’ quips Sunny Hinduja about Manoj Bajpayee’s show

Sunny Hinduja is currently seen on Zakir Khan’s web series Chacha Vidhayak Hain Humare 2. The actor is giving tough competition to Zakir’s character in the show. However, he has also reaped accolades for his performance in Manoj Bajpayee’s The Family Man.

Now, PeepingMoon.com exclusively caught up with Sunny for a candid chat where he spilled the beans about working with Manoj and Zakir, about the great opportunity that OTT has presented to actors, technicians and filmmakers and also spoke about the release of The Family Man 2. 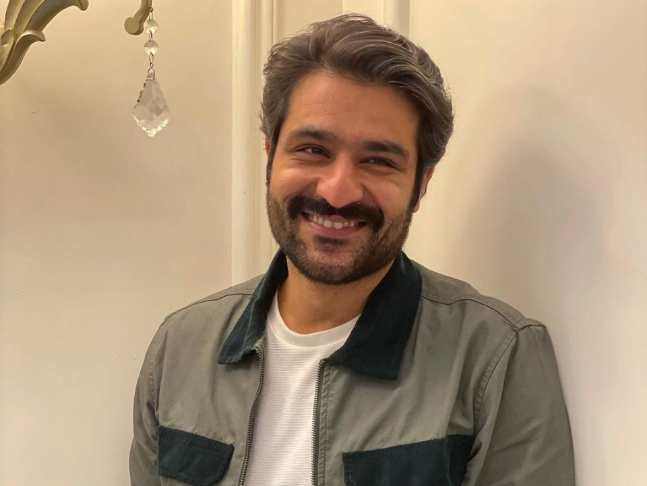 How was it working with Zakir on Chacha Vidhayak Hai Humare 2?

It was a great experience. He is such a fun loving person and he likes to take people along while working, just like a family and I did not feel like an outsider. It was like a ‘brother from another mother’ kind of relation and I feel I have become such a part of Chacha Vidhyak Hain Humare that in season 3 irrespective of whether I have a role or not I will definitely be at the shoot.

You’ve worked with Manoj Bajpayee and now Zakir. Is it difficult to make your mark in the show when it has an established star in it?

I think it can only get difficult because of the other person. If the other person is co-operative then the product becomes really good and that happened in both the cases. Manoj Bajpayee sir is so secure that he makes you comfortable. With Zakir, he was like, “Mujhe kuch aata hi nahi hai. Main sab se kharab actor hoon,” but at the end of the day he is very good at what he does and he was fully there; he made everybody so comfortable. It was a different kind of experiences with both of them but the end result was lovely and I am happy that I get to work with both of them.

OTT or mainstream films, what’s your choice as an actor?

My choice will be a good character, a good role, be it OTT, be it films, be it theatrical. So I will give my 100% to whatever comes my way but it should touch my heart, it should be something that connects me to the idea, to the script to the people and the role, that is what drives me. I am not bothered about the medium, per se.

Do you think the nepotism debate will affect aspiring actors?

I don’t think so. I have a completely different take on nepotism. I feel every businessman, every industrialist, every politician has a right to give a platform to their children or their loved ones same is the case in the entertainment industry. At the end of the day it is all in the hands of the audience otherwise every star kid would have been a superstar. So I feel that it’s the audience’s non-judgmental approach towards every performer, they are only getting their due either because of their talent or their hard work. In terms of getting a chance, they do have an edge but they also have their fair share of struggle, different pressures and they also come with many baggages and so do we.

What’s your take on OTT censorship?

I don’t have any say in it as this question pertains to the makers. If I was a writer or a creator or a filmmaker it would change things for me but right now I don’t have any take on it.

The question that the nation is asking, when is The Family Man 2 releasing? What can one expect from the second season?

It’s the same question even I have. Even I want to know that when is The Family Man 2 releasing. When we will know, you will know. It would be unfair to reveal details about the series and I am not the best person to answer this question as it should be the makers who need to answer it.

You’ve done diverse projects in the past. Do you feel Bollywood somewhere lags behind in recognizing the true potential of an actor?

I neither fully agree to it nor do I disagree to it. What I feel is that it takes time for a talent to come up and reach the people and it requires certain amount of time. So I feel that whosoever is talented does get his/her due and OTT has given an opportunity to several actors so the process becomes faster. So, I think OTT is a boon for actors, technicians and the entire fraternity.

Has the success of The Family Man changed the way you choose characters now?

Definitely The Family Man has given me recognition but I still think and choose before I approve or do a role because there are only certain choices that come your way and you can choose only from them. You know you can’t wait for what you really want and don’t do the things that come your way. So yeah, with Family Man I am getting more projects and with all of them I am hopefully getting better and better.

Well I am talks with people for some projects but nothing has been announced yet. Once it is offially announced you’ll get to hear.