Advertisement
HomeWEBCASTWebcast Reviews‘Avrodh: The Siege Within’ Review – Amit Sadh and Darshan Kumaar lead from the front in this adrenaline pumping retelling of URI surgical strike

Show: Avrodh - The Siege Within

The 2016 Uri attack in the former state of Jammu and Kashmir was reported as the ‘deadliest attack on security forces in Kashmir in two decades’. The attack was also significant because a retaliatory surgical strike (that was the first of its kind) was carried out by Indian armed forces on the militant group Jaish-e-Mohammad that had taken the responsibility of the ambush. Vicky Kaushal’s blockbuster film Uri: The Surgical Strike brought this incident on celluloid and fuelled the patriotic spirit of the entire country.

Now, SonyLIV’s new series Avrodh: The Siege Within also tells the same story of courage and bravery of our armed forces. Based on a chapter from India’s Most Fearless, a book written by Rahul Singh and Shiv Aroor, the series stars Amit Sadh, Darshan Kumaar, Neeraj Kabi, Anant Mahadevan, Vikram Gokhale, Anil George, Madhurima Tuli, Arif Zakaria, Pavail Gulati and others. The series shows the strategic planning, precise execution and daring decision-making that resulted in the Uri surgical strike in a little more detail. It also exemplifies the stringent training and the grit and determination of our special forces and the Indian Army. 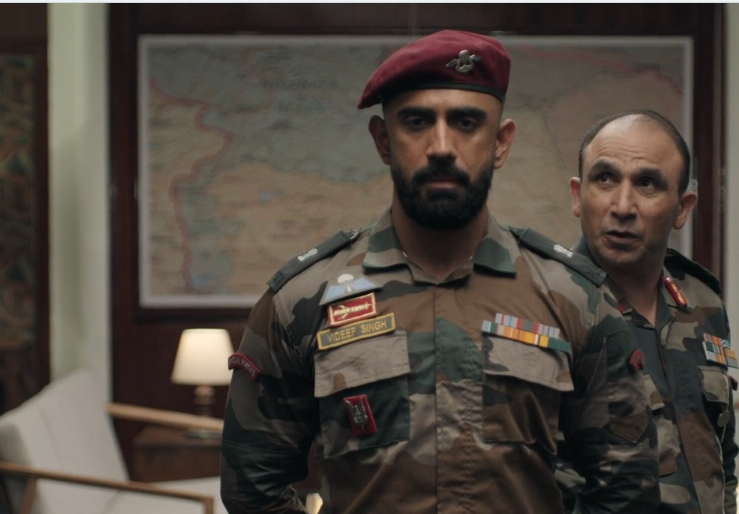 RECOMMENDED READ: ‘Avrodh: The Siege Within’ trailer: Amit Sadh brings back the Uri surgical strike in this gripping web series

Avrodh: The Siege Within’s comparisons with the film have been rife since it was first announced but the series gives a more in-depth analysis of how the strike was carried out. Darshan Kumaar as Major Gautam dominates the scene from the word go. He is decisive, cunning, alert and smart. His bravura performance as the Bihar regiment head who takes over from the ill-fated Dogra regiment in Uri deserves an applause. Pavail Gulati as Major Sood has a small but decisive role in the series and is a catalyst to the whole operation. Arif Zakaria as the NIA Investigative Officer looks shrewd, astute and sharp-witted. He is instrumental in finding out the real culprits of the barbaric attack. Neeraj Kabi’s character is forceful and in stark contrast to his portrayal in Paatal Lok. Playing the National Defence Advisor he gets to mouth the most important line of the series, “India is not only the land of the Mahatma but also of Netaji Subhash Chandra Bose and it’s time the world gets to know that.” Vikram Gokhale essays an impactful role of the Prime Minister of India. He looks, suave, resolute and decisive. He dominates the scene when he addressees his core committee and thereby lies the magnanimity of his craft. Anant Mahadevan as the Defence Secretary is the perfect diplomat, walking the tight-line between bureaucracy and active defence. 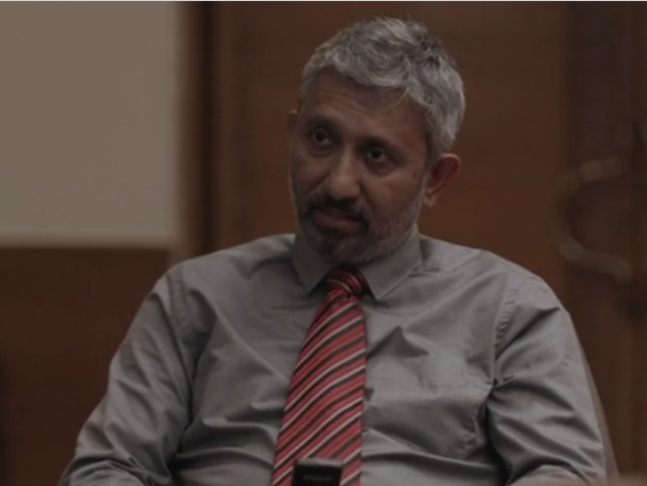 Amit Sadh makes a delayed appearance in the series, close to third episode, but his introduction scene will blow you away. Portraying Major Videep Singh, he is the man of the moment who is chosen to lead the Uri surgical strike. Amit gives a helluva performance and makes you choose him if you had to ask someone to defend your life. He aces the action sequences, leaving us asking for more and his act is hard-hitting as the patriotic soldier. Amit plays the perfect leader who has the guts to venture into enemy territory and yet keep a cool head to ensure that his men do not overstep the commands and get them back to safety.

After Breathe: Into The Shadows, follwed by Avrodh, it's impossible to ignore the force Amit Sadh is! Unstoppable. 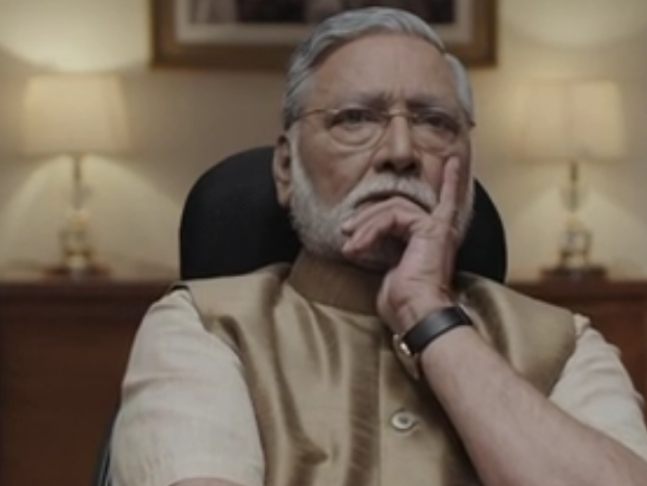 Madhurima Tuli plays a reporter in Avrodh: The Siege Within. She is sharp and portrays the hunger of news for a journalist well. However, once in a while you do question whether her hunt for a story will compromise the nation’s security. Anil George as the Jaish-e-Mohammad leader is everything that you would imagine a terrorist leader to be. He is calculative, devilish and foresighted. 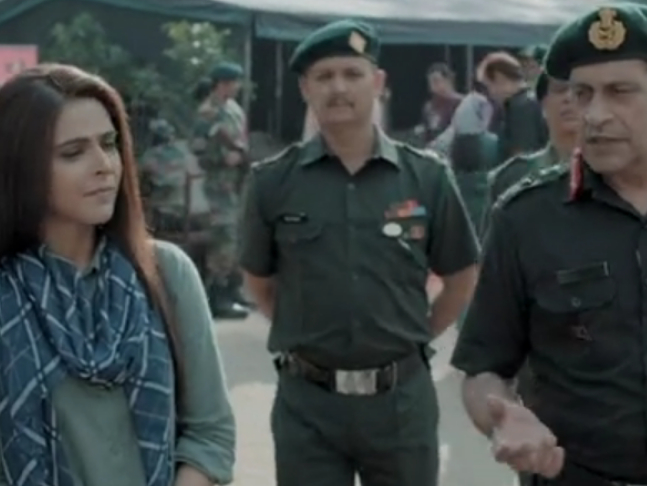 Raj Acharya’s direction is also commendable and you don’t feel as if he has any baggage of any comparisons to Aditya Dhar’s Uri:The Surgical Strike. He has maintained a close rein on the narrative and it never goes over-the-top and keeps to the suspense that a series based on army should have. Writers Harmanjeet Singha, Sudeep Nigam, Abhishek Chaterjee and Aadhar Khurana have done a good job by turning one chapter of the book into a web series. Their writing is taut and keeps the narrative lucid yet under tight control. There is no tomfoolery and that makes the series a good watch. 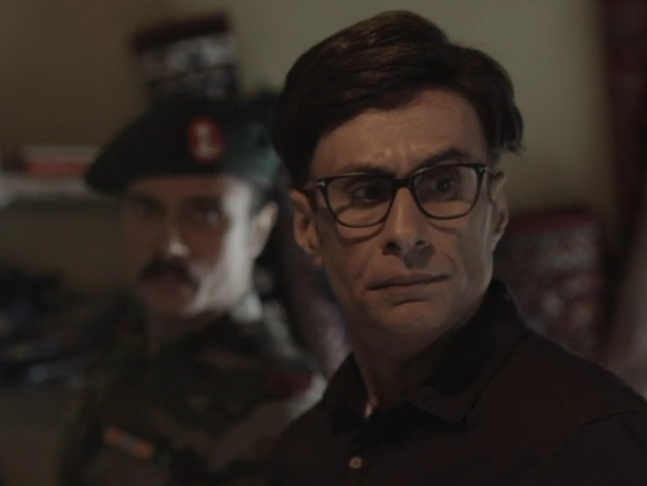 Shanu Singh Rajput’s cinematography gives the army operations in forests and hard terrains the right feel. He has managed to capture the bylanes of the state and the people beautifully. The editing of Satya Sharma is also top-notch and there are no loose ends that feel unnecessary in the series. 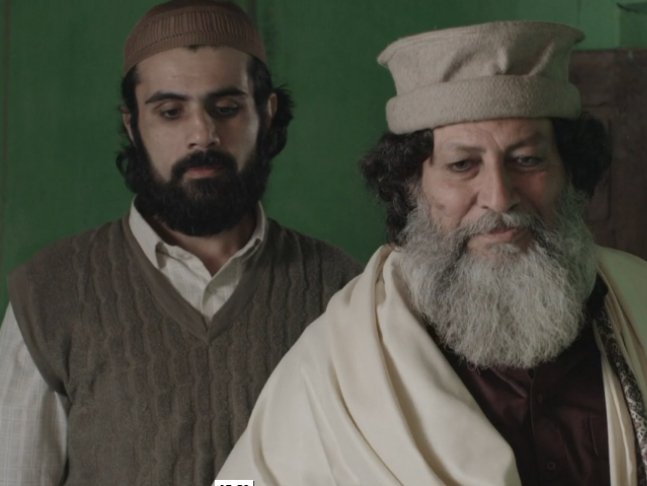 SonyLIV’s Avrodh: The Siege Within is an engaging watch and keeps the adrenaline pumped up. It’s a sincere attempt at showcasing one of Indian defence services most celebrated and hard-fought accomplishments. One of the most befitting lines in the series shows the difference between war and peace and that is, ‘War is not cheap but it is the human cost that is the highest,’ and that is why it is difficult to not sit up with admiration and give a standing ovation to our men in uniforms.