“Har Har Mahadev!” Yes, you will definitely find yourself chanting this in your mind by the end of Om Raut’s Bollywood directorial debut Tanhaji: The Unsung Warrior. The film, which perfectly celebrates the high spirit and unity of Marathas, stars Ajay Devgn, Kajol, Saif Ali Khan and Sharad Kelkar. It is set in 1670 when Marathas waged a battle against the Mughals to regain the Kondhana Fort. The film is the first part of Ajay’s “Unsung Warriors” series which he plans to take ahead after Tanhaji.

Tanhaji’s story is based on the life of Tanhaji Malusare, who was the military leader of Chhatrapati Shivaji Maharaj’s empire. The film begins with a young Tanhaji (Ajay Devgn) who is given a huge responsibility by his father as his last wish – to always stand by Marathas and take care of them whenever needed. The story soon takes a leap on 15 years. Tanhaji is now stronger than ever as Chhatrapati Shivaji Maharaj’s right hand. But soon trouble takes over when Aurangzeb (Luke Kenny) orders Udaybhan Rathod (Saif Ali Khan) to conquer the Kondhana Fort where the Maratha warrior king and his family stay. Recommended Read: Exclusive: 'When I looked in the mirror, I would see Savitribai Malusare,' says Kajol ahead of Tanhaji: The Unsung Warrior's release

However, Chhatrapati Shivaji Maharaj orders Tanhaji to recapture Kondhana at any cost to protect Southern India from Mughal invasion, while the Mughal emperor sends his trusted commander Udaybhan to defend the fortress, thus leading to a battle between the two armies for control of the fort. Hearing this, Tanhaji decides to fight the battle and leave his son Rayaba’s wedding to wife Savitribai (Kajol). The war is known as the Battle of Sinhagad.

The film is a visual spectacle that depicts the life and times of this unsung warrior whose valour still makes the nation proud. The film shows extravagant and elaborate sword fights and warfare, exquisite costumes and jewelry and larger-than-life sets along with exemplary courage and battle strategies traversing a not-so-friendly terrain. The highlight of the film is the fierce combat that takes place between the forces of Tanhaji and Udaybhan. 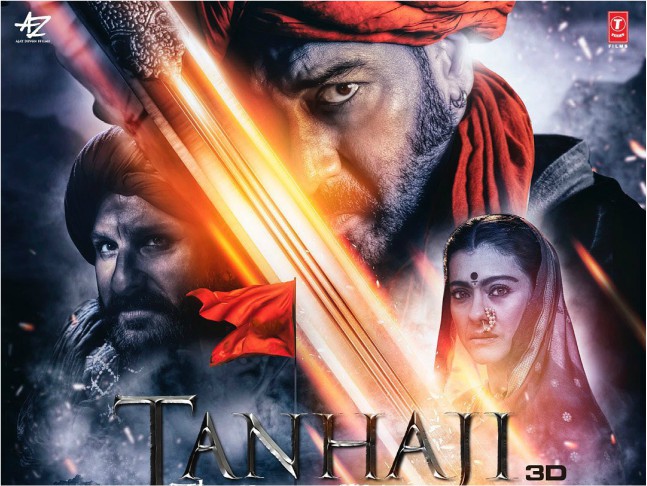 Ajay as Tanhaji is valiant, fearless and trustworthy. He manages to keep the audience hooked not only with his action but also with his deadly expressions. He delivers a commendable performance and instills pride in the hearts of the audience with his brave act. Be it his dialogue delivery or hardcore action, he owns the film. Kajol as Savitribai manages to hold her own despite small screen place. She stands with her husband like a shield and becomes his strongest support system. The real-life couple also manages to grab eyeballs with their sweet chemistry.

Saif as Udaybhan is the real deal in this period drama. With the right amount of terror and quirk and an equal part of being sassy, Saif’s menacing performance hits it out of the park. Full marks also to Sharad Kelkar for pulling off the role of Chhatrapati Shivaji Maharaj flawlessly. The actor perfectly slips into his role and owns the screen whenever he appears. The supporting cast does full justice to the film. Neha Sharma as Kamla Devi is graceful and ideal for her part. 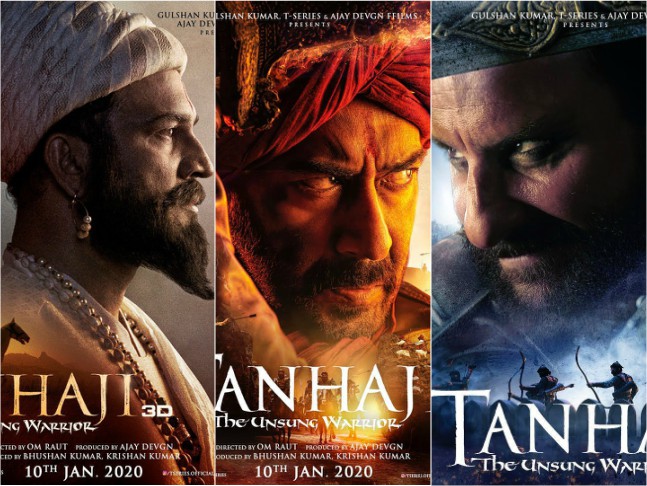 Due credit to director Om Raut’s vision. Dialogues written by Prakash Kapadia and Om are to the point and empowering. In many ways, Om brings the old days back with the storyline and visuals. The 3D is spectacular and impressive. Tanhaji brings to us a never seen before visual experience. Cinematography complemented by Keiko Nakahara, the film’s editing by Dharmendra Sharma could not have been better. The songs by Ajay-Atul and background music by Sandeep Shirodkar add to the mood of the film and are beautifully embedded.

Tanhaji: The Unsung Warrior is a story that needs to be told. The film ticks all the boxes a period drama needs and seeing it in 3D enhances the thrill of watching the action set-pieces and the locales at the display. A must watch for all in Maharashtra definitely! 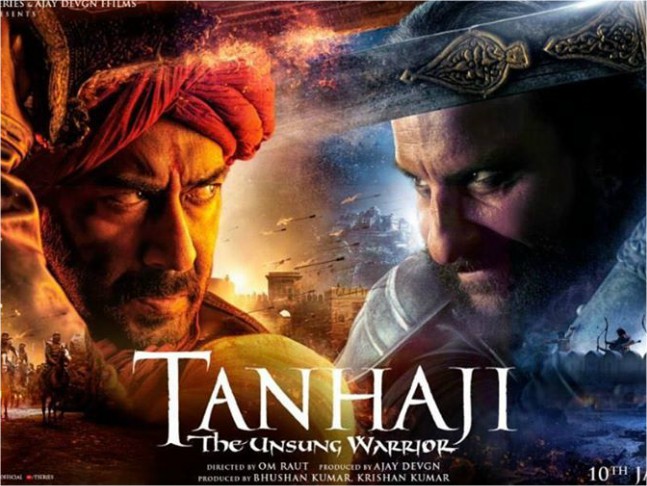