Advertisement
HomeBOLLYWOODBollywood ReviewsSaaho Review: 'Baahubali' Prabhas is larger than life in Saaho too

Saaho Review: 'Baahubali' Prabhas is larger than life in Saaho too

For all intents and purposes, director Sujeet’s latest multi-lingual Saaho - currently the second most expensive film produced in India, behind S. Shankar’s 2.0 -  is one of the very few movies inspired heavily by comic-book imagery, only behind Suresh Krissn’s Aalavandhan (2001) and Anubhav Sinha's Cash (2007). It’s also absolutely ridiculous, downright silly, and as is the case with most masala films— throws in the action, romantic comedy and crime-fiction genres in a blender, dialing it all the way up to eleven.

And whaddayaknow, it’s still absolute balls-to-the-wall fun! Sure, it’s terrible in all the ways a Michael Bay Transformers film is awful, but at 170 minutes, the makers pull their weight and deliver something that’s consistently engaging, both visually and narratively. There’s a lot that threatens to go wrong with it - most of it has to do with shoddy visual-effects work that makes it look like a live-action anime, but whether that was a stylistic choice is anyone’s guess. But just for this argument, let’s pretend it was, because if that is the case, it nails the world-building, and owns its ridiculous nature so aggressively, you’d be hard-pressed to ignore this one. 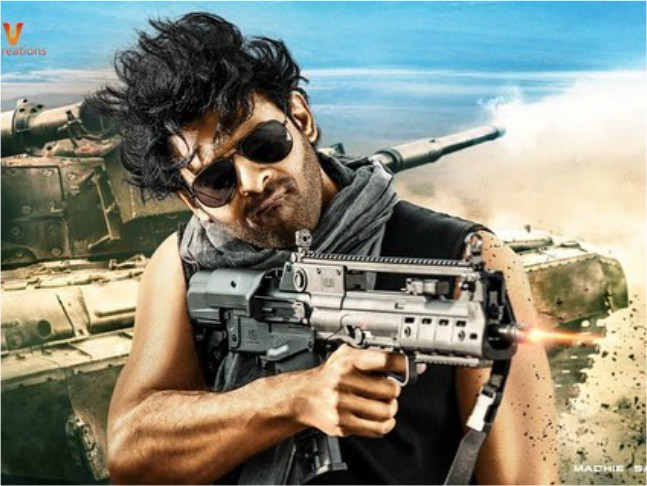 Recommended Read: Prabhas’s fan gets electrocuted while fixing ‘Saaho’ banner and falls to his death

Come to think of it though; nobody’s walking into the cinemas expecting to ignore it. The clear audience for Saaho is a bunch of wild fans of Prabhas who’d walk into an IMAX show screaming, ‘Jai Maahishmati!’ (Eng.: “Hail Maahishmati!,” a direct reference to the unprecedentedly successful Baahubali series) or “Jai PrabhAAAAAAAAAAAAAAAS!” without really giving a damn about the audience seated who are there to watch the film in peace.

And for them, it delivers. It's got so many establishing shots of its protagonist; it’s almost like the makers were having a field day stuffing the movie in with every establishing shot Prabhas would have ever shot for in his lifetime. I know this sounds like an exaggeration, but trust me, when you watch him walk in slow-motion for the umpteenth time - out of the shadows, into a room, in a lift, with sunglasses, without sunglasses, with different sunglasses, just everything to do with glasses - you'll know.

The good thing though is that Prabhas is a likable bloke, with genuine star presence, and a hard-worker. And it shows - whether it's his sweet-natured wide-eyed I-have-a-crush phase or the madcap action phase, he nails both of them. His larger-than-life character arc, which he plays to the gallery, makes it easier for us to ignore everyone else, but there are a lot of people worth mentioning too.

From Mahesh Manjrekar to Tinnu Anand to Mandira Bedi, there’s a wide variety of character actors who have deliciously bankable performances. Chunky Pandey, in particular, is such a menacing bad guy and works so brilliantly as a foil to the main character’s motives, you’d be led to wonder why hasn’t he taken more antagonistic roles. There’s also Neil Nitin Mukesh and Shraddha Kapoor, both of whom deliver decent performances, although Kapoor’s character is um... just the love interest. Who’s sometimes involved in action set-pieces. 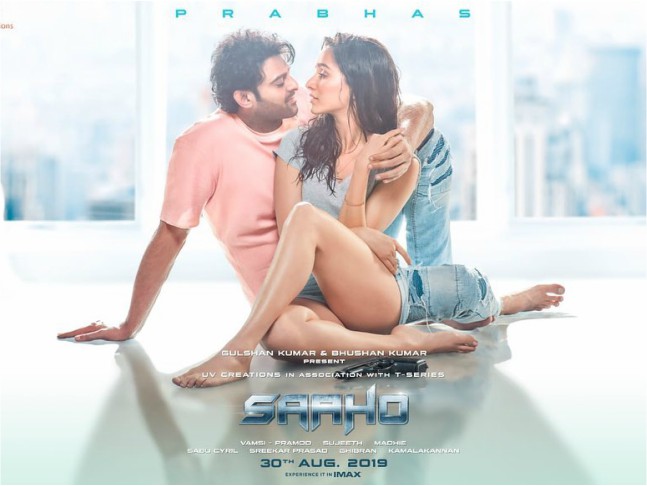 (It’s also great to see Jacqueline Fernandez in another author-backed r—oh wait. She’s just the object of the protagonist’s affection for one song. That’s a big oof from me.) At 170 minutes, there’s a significant chance Saaho will feel like a massive effort to watch - you’ll probably want a lot of plot devices to be kicked out of the movie stat - but if within the first 20 minutes you’ve signed up for the batsh*t crazy anything-is-possible image system of Sujeeth’s vast universe, you won’t mind. The fact that there are a lot of characters and subplots make the long runtime a right decision, and the balance of plot and narrative comes through at the end of the day.