Zee 5 never fails to churn out good content, the OTT platform is back with yet another gripping and intriguing story to tell its viewers.  ZEE5’s Original film Barot House is a 90-minute film starring Amit Sadh and Manjari Fadnnis; and a child actor Aaryan Menghi. Based on real-life incidents, the story involves juvenile crime. The film tells the story of a happy Barot family, Amit Barot (Amit Sadh) and Bhavna Barot (Manjari Fadnnis), they have four kids and all of them stay merrily until an unpredicted murder happens and shakes the family apart.

It so happens that two of their daughter are ruthlessly murdered and in no time their lives turn upside down. The 90-minute film is rather predictable as the viewers know the real culprit in just a few minutes.

Recommended Read:Shah Rukh Khan joins Aahana Kumra and the team of 'Betaal' at its wrap-up party

As the viewers are certain about who the murderer is in just half an hour of the film, the rest of the film is only about what happens next.

Barot House digs deep into the life of the juvenile psychopathic serial killer but fails to make the viewers understand as to what made him commit such a heinous crime. The crux of the film is all about what does a young father of four kids do when he suddenly discovers that his only son, the nine-year-old Malhar, (Aaryan) has been bumping off his little sisters one after another? Should the helpless father Amit(Sadh) call the cops and put his only son behind the bars? Or should he make the juvenile boy understand? Amit’s tryst with destiny and helplessness as a father is what wrenches our heart.

Writer Sanjeev K. Jha, through his writing, tries his best to push the mysterious element in the screenplay, however, as a viewer we find certain drawbacks that leave us with a question mark? 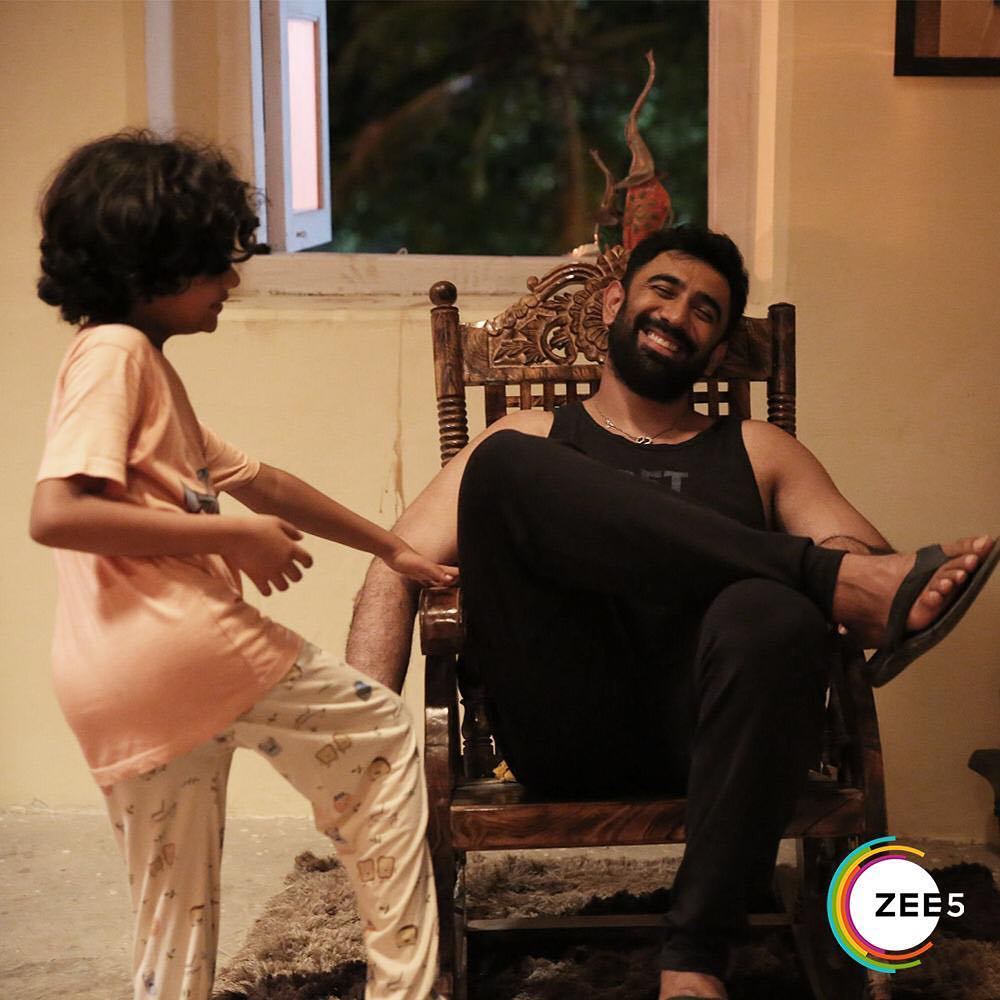 Talking about the characters in the show, Amit Sadh, he is by far the only reason the film Barot house is worth watching, he is one of our most underutilized actors.  Indeed, he pulled off every scene with ease.  As a confused father, Amit’s expressions speak volumes. On the other hand, Manjari Fadnis has some meaty scenes where she has to depict the bereaved mother's grief and she does full justice to her role.

Take a bow Aaryan, the child actor is the scene-stealer and the small wonder meticulously aces and wow’s us in every frame. This curly hair kid surely impressed with his screen presence and dialogues. His performance helps fill up the blank spaces in the screenplay. The background music gives us chills down our spine, with the correct tone making the viewers alert that something is about to happen. While the setup and locations are haunted enough to make us believe this is a crime thriller. Nonetheless, you can watch it once,  else you can give your family much required time they long for.