Once upon a time, there was a princess and a powerful fey ‘Maleficent’. They lived in the kingdom of Moors with fairies and magical creatures of the forest. Angelina Jolie is back as the Mistress of Evil for the sequel and is once again considered a danger to any human who dares venture into her lands. The tale of Maleficent and Aurora picks up 5 years after the curse on the princess is broken and she is named the Queen of Moors. Elle Fanning as Princess Aurora accepts the marriage proposal of Prince Phillip which antagonizes her fairy god-mother who is against the idea of this union but agrees to be a part of the royal dinner hosted by Phillip’s mother, Queen Ingrith (Michelle Pfeiffer) who plans to wipe out Maleficent and her woodland folk with an army of heavily armed henchmen and a scientist in a secret underground laboratory. This time the story takes Maleficent to the land of Dark Fey's who are as eager to go to war as Queen Ingrith. She has to choose between her kind or love for her god-child. With magnificent costumes, make-up, breathtaking locations, glorious castle, and the colorful battle there's no lack of spectacle on-screen. 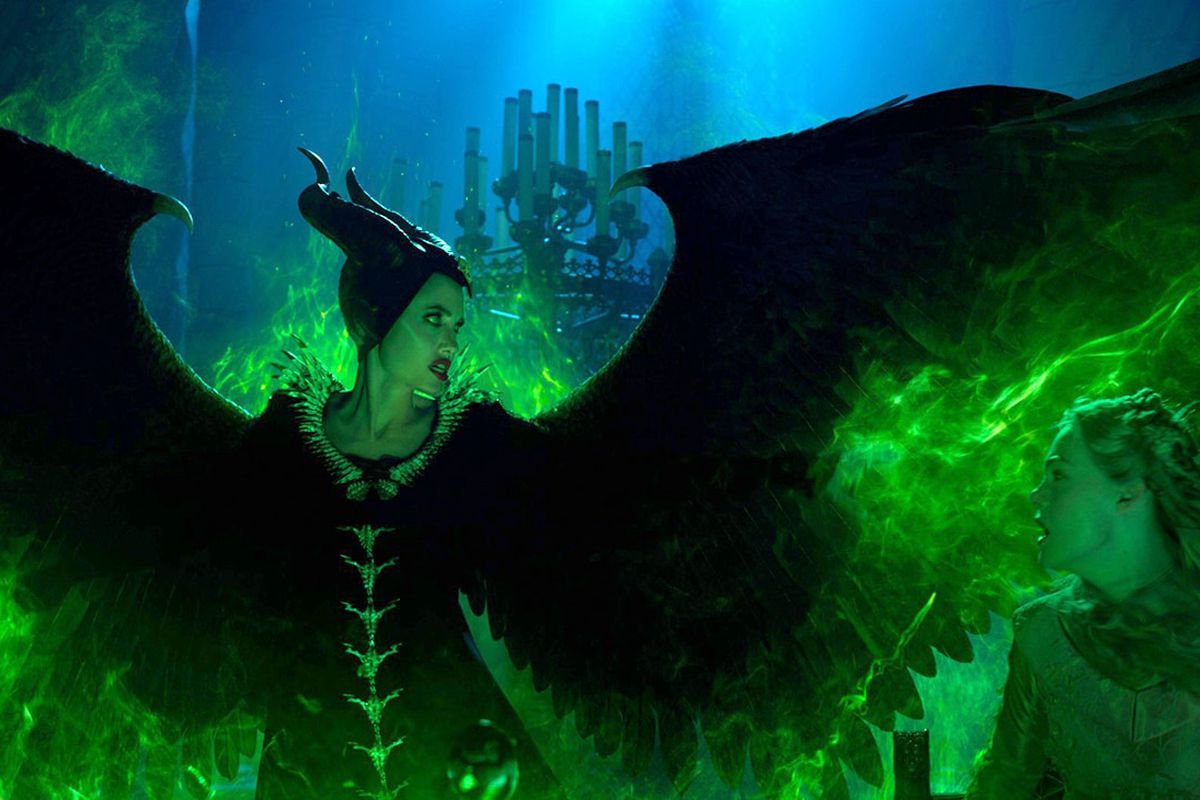 Angelina Jolie is born to do roles like these. Her irresistible dark witch persona in this sequel is what keeps the magic alive along with Elle Fanning's portrayal of sweet Princess Aurora. The film also sees Sam Riley returning as Diaval, Maleficent’s raven-turned-humanoid familiar. And a special appearance by Chiwetel Ejiofor as one of the horned, winged creatures from the Moors.