It is the time of the year when people look back at the past 12 months and cherish good memories and erase bad ones. On the entertainment front, while theatres were shut, the digital platform welcomed great content with open arms. Within no time, OTT became a reliable platform to introduce noteworthy actors.

Hansal Mehta took the opportunity to introduce the powerhouse of talent Pratik Gandhi in Scam 1992, Anushka Sharma produced a show titled Paatal Lok that catapulted Jaideep Ahlawat to fame. As we are now ending the year, here’s looking back at the names who can be easily classified as the best actors on OTT right now (in order of the shows' release dates):

Gulshan Devaiah starred as Nakul, a failed Mumbai-based writer in the dark comedy titled Afsos. Nakul was suicidal due to unemployment and personal guilt. So much so, that he tried to kill himself on the railway track but got saved. In another attempt, he jumped in a lake but was rescued by onlookers. He then devised a plan to get himself killed by signing a contract with an agency that assists in suicide.

A twisted character with several layers, Gulshan was absolutely amazing. He added a rhythm to his body that made all root for him. Using his facial expressions to commute, Gulshan fit perfectly into the story like a glove. 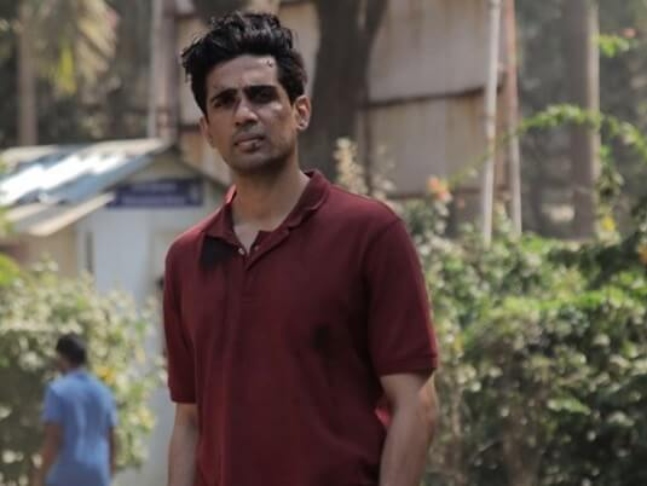 In a fantastic tale that very humanly portrays pain, loss, anger, non-resolution and failure, Arshad Warsi and Barun Sobti gave away their best performance in an absolutely effortless manner. Barun played the role of Nikhil, an America based forensics genius who quits his high-end job to unravel the mystery behind serial murders in India. As he received coordinates for corpses from an unknown number, he jumped into the case and joined Arshad’s Dhananjay, a forensic scientist. 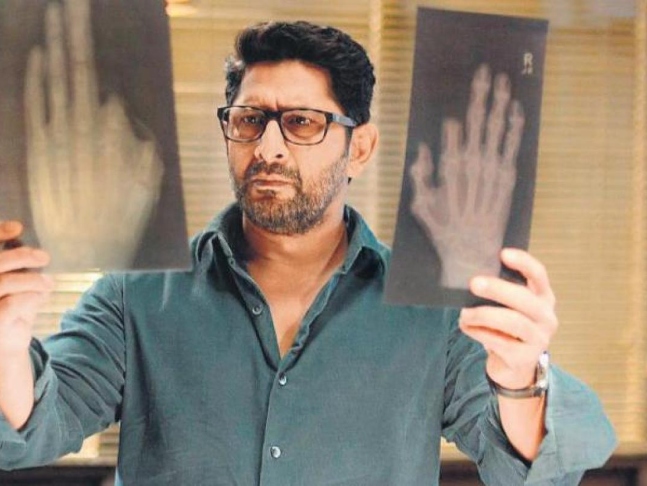 When two brilliant performers came together for a show that had its roots in mythology, sparks flew. Barun and Arshad put forth their A-game in Asur which stands as one of the best shows of 2020. While Barun is subtle and nuanced, Arshad brought his experience to the table. 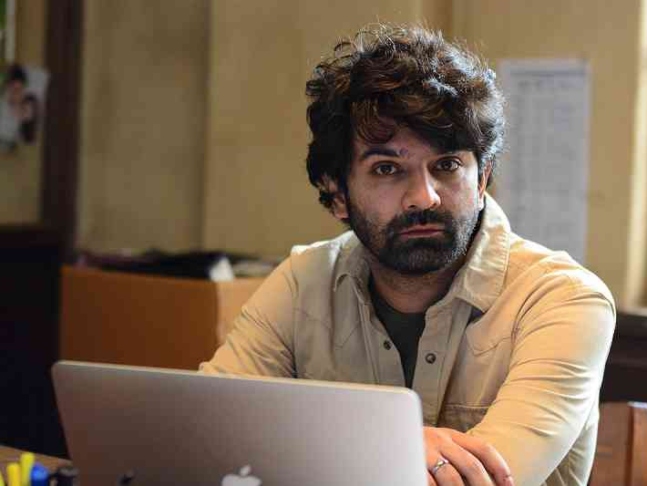 In Neeraj Pandey’s maiden web show, Kay Kay Menon brought to the table a restrained performance as Himmat Singh, a senior officer at RAW. Kay Kay, in the espionage drama, showed his skill to deliver any character with a certain maturity. As Himmat his task was to unmask a group of terrorists who attacked the Parliament.

As the story progressed, Kay Kay held the fort with a certain degree of promise. Be it his poker-faced expression while saying ‘thok do’ or subtly emotional moments, he excelled in all departments. 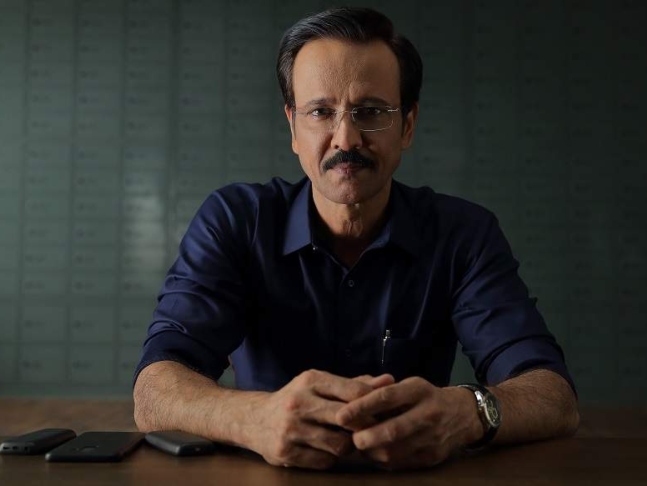 Jitendra Kumar played the role of an ambitious young man who was sent off to a village as its sachiv (collector). Hopeful that he would find a chance to escape from the village if he cleared his CAT exam, Jitendra’s Abhishek sulked about his not-so-fancy job with a meager salary.

Representing every ambitious youth who wants to enjoy a secure and luxurious life rather than an unhappening village stay, Jitendra brought freshness to Panchayat with his natural ease in front of the camera. He is no superhero but a simple person with dreams. One could clearly feel and relate to his anger, frustration and craving for a normal life with friends, parties and basic electricity. Jitendra owned the character. 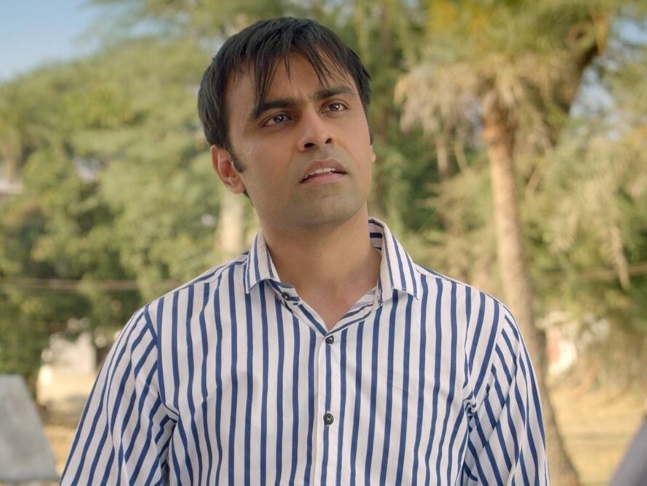 Vir Das sprung up a surprise with Hansmukh, proving that he can be more than just a great comedian if the right scripts are offered. Playing the titular role in the Netflix film, Vir portrayed the role of an ambitious young man from Saharanpur who was on a mission to prove that he is a good comedian. While Hasmukh was a great writer, he clearly lacked comic timing. In an unexpected turn of events, he ended up murdering a person just to believe that if he wanted to kill it on the stage, he had to kill someone off the stage.

Vir made everyone believe in his dark psyche character. He shone brightly right from the word go. From Bollywood’s most funny man to a promising baddie, Vir made the transition smoothly. 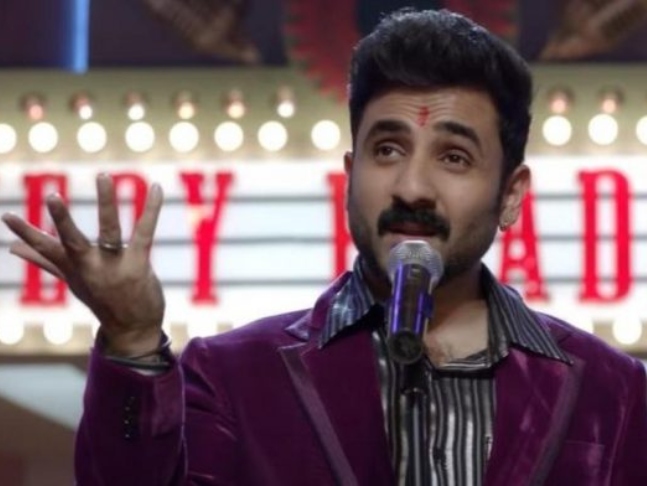 Shastron mein likha hai ki Jaideep Ahlawat Bollywood ke liye kitne jaruri hai! Do we really need an explanation to prove what good Jaideep did this year? Killing it right from the first frame, the actor commanded attention as a police officer named Hathiram Chaudhary. Taking us on a journey to paatal lok, dharti lok and swarg lok on earth, Jaideep was the heart, soul and energy of the series produced by Anushka Sharma and her brother Karnesh.

A rustic character sans the gloss and sheen, Jaideep made his Hathiram human and NOT one of those police in films who defy physics. He communicated a lot with his subtly. He fleshed out a character beyond what’s written. Giving a performance that can be remembered for a lifetime, Jaideep was the man of the show. 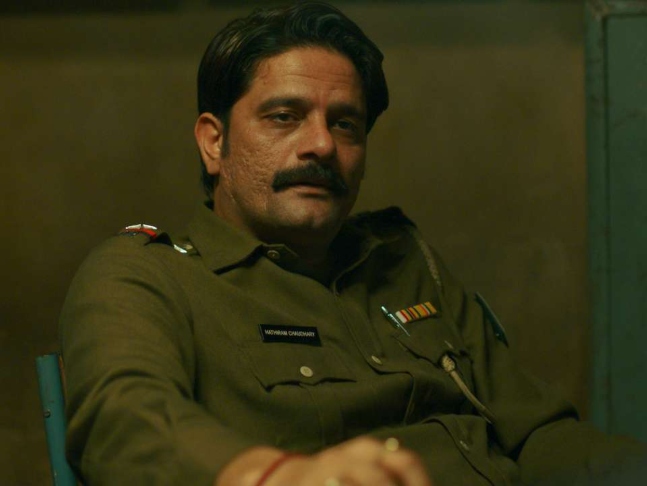 Undekhi is one of this year’s big surprises. The murder mystery was about a policeman’s death in Sunderbans. The officer in charge was the DSP of the area, Barun Ghosh excellently pulled off by Dibyendu Bhattacharya.  Showing a picture of how deeply corruption is our system and how the underprivileged are denied justice, Dibyendu delivered a rock-solid performance.

Be it his measured pauses or subtle comic relief amid a tense thriller, he was indeed a revelation. The calmness in the middle of bloodshed was reassuring. 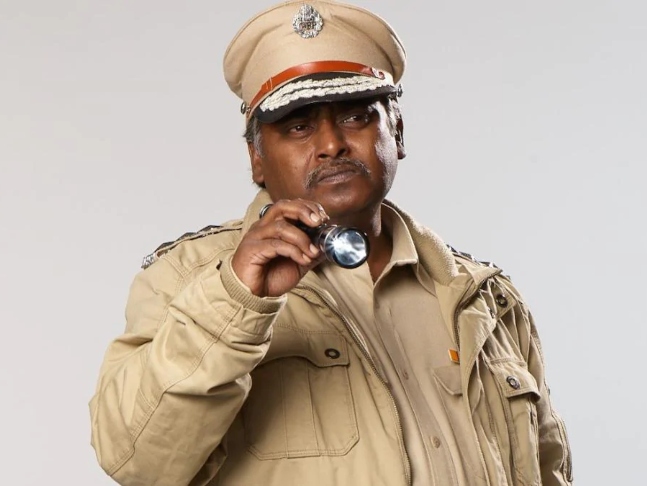 Bandish Bandits was a musically rich show that boasted of great performances by its leading men-Naseeruddin Shah and Ritwik Bhowmik. While Naseeruddin has been in the industry for several decades now, Ritwik is a newcomer. But together, they weaved magic.

Whenever Naseeruddin has played the role of a panditji, he has excelled, this time too. The veteran transformed into Pandit Radhemohan Rathod who is a stern gharana guardian looking for his uttaradhikari (successor). His grandson Radhe Singh Rathod aka Ritwik is one of his students.

As the grandfather-grandson’s conflicts took the center stage, Ritwik and Naseeruddin made all gaze at them in awe. For Ritwik, it surely wasn’t easy to play the role of a singer, but he got all the nuances perfectly. Watching a young talent like him share the screen space with a legend was like a cherry on the cake for the audience. 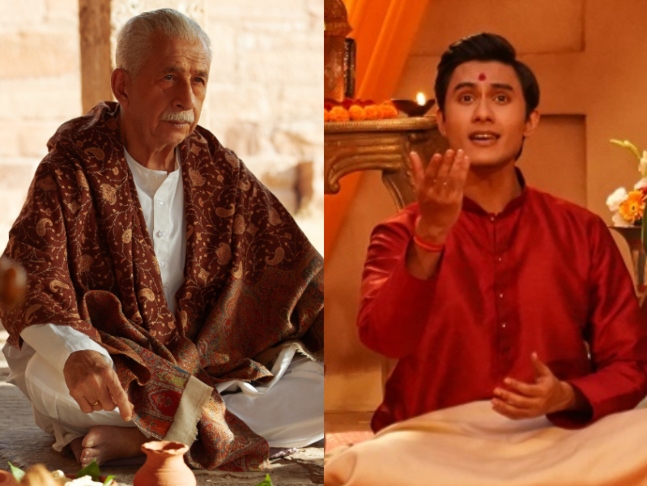 Bobby Deol made his web series debut with Aashram. The Prakash Jha directorial saw him in the role of Baba Nirala. Bobby brought to life a tale of politics in the name of religion, corruption, murders and much. It can be rightfully said that the actor was Prakash Jha's show’s strongest factor. Starting a new chapter in his acting career, Bobby played well with his expressions and did leave behind an impact.

Though an ensemble cast, Bobby shone brightly in a meaty role that has a lot to explore. Calmness on the actor’s face played an important role in the series. 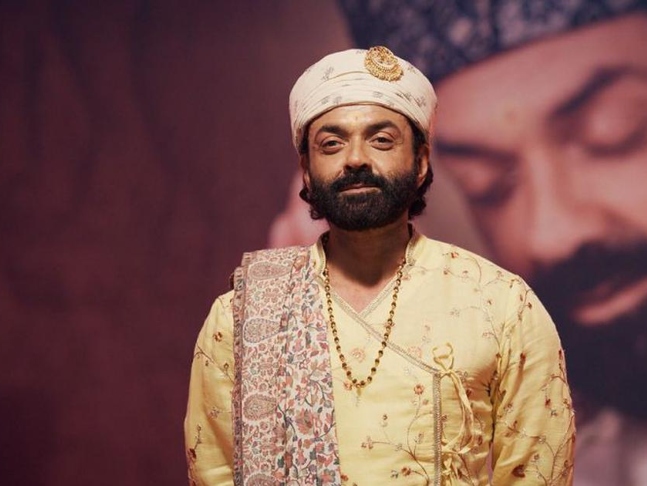 Mirzapur ka king kaun? Kaleen Bhaiya and Munna Bhaiya. The on-screen father-son duo clearly enjoys a massive fan following. These central characters of Mirzapur 2 are played by Pankaj Tripathi (Kaleen) and Divyenndu (Munna). Kaleen and Munna aren’t the conventional father-son jodi as they have their share of issues over authority and power.

Though Divyenndu’s Munna came across as a baddie, he was just trying to seek validation from his don father who clearly ignored him over the years. The actor communicated Munna’s angst so well that one felt they were watching the story unfold in real life. A character who constantly tried to prove himself, Divyenndu made Munna his own.

Pankaj always excels in the roles given to him and Mirzapur 2 was no different. His politics play to manipulation, the ace actor added a personal touch to everything. A local don who held the fort of an extremely patriarchal family, Pankaj’s Kaleen was a man of fewer words but deadlier action. Pankaj picked up a character that became a cult in itself. Right from his gestures to an unsettling calmness on his face, he ruled every moment. 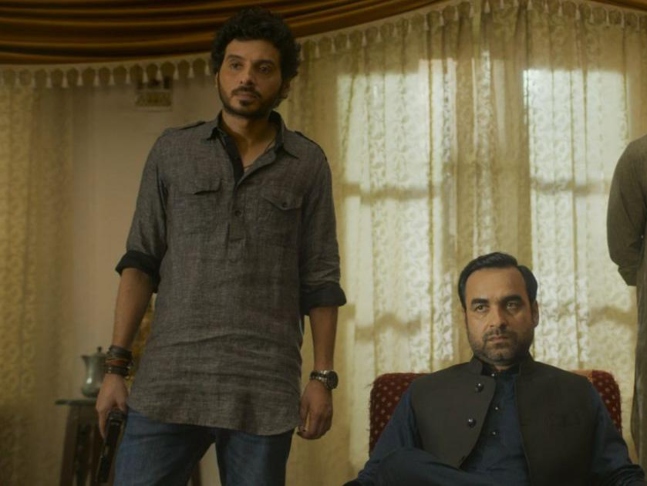 Newbie Pratik Gandhi gave a knockout performance as Harshad Mehta in Scam 1992: The Harshad Mehta Story. He didn’t become the talent of the year without a reason. Showing shades of flamboyance, Pratik painted his character with colours of intelligence, street-smart conduct and understanding of the share market without a financial background.

He neither portrayed Harshad as a negative person nor a quintessential hero. In a simple and straightforward story based on India’s most notorious financial scam, Pratik carried an air of pride suitable for the role. He was simply impeccable and refrained from overplaying the character. This lambi race ka ghoda is here to stay! 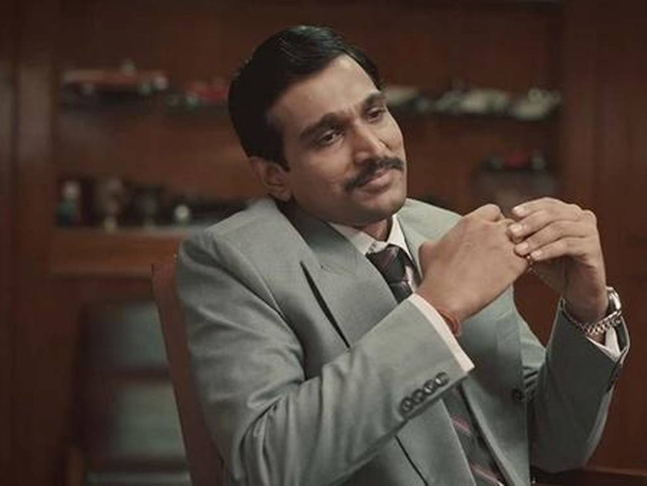 Nakuul Mehta made his web debut early this year in Never Kiss Your Best Friend. He played the role of Sumer. Charming as always, Nakuul lit the screen with his electrifying presence. One couldn’t help but fall in love with him. 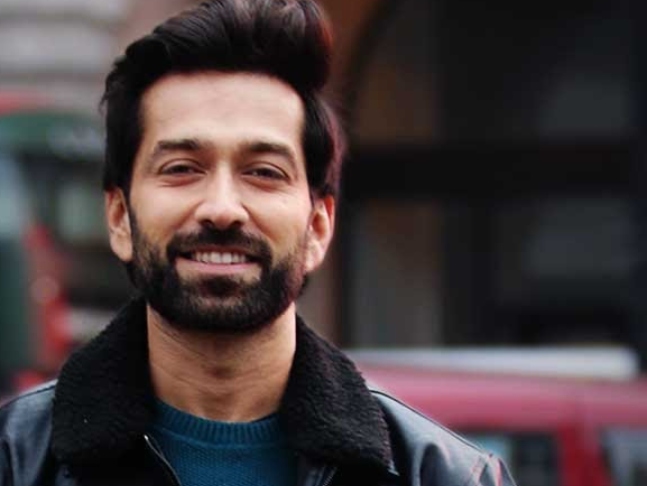