The first trailer of the comedy-thriller Villains, starring Bill Skarsgård and Maika Monroe has dropped. Bill and Maika play Mickey and Jules, lovers on the run, looking for a fresh start in the Sunshine State after robbing a gas station. When their car dies while on the run they break into a nearby house looking for a new vehicle to make their escape but instead find themselves face-to-face with a sinister pair of homeowners played by Jeffrey Donovan and Kyra Sedgwick who seem very sweet and compliant at the outset but turn out to be hiding a secret that they would do anything to keep from getting out.

The trailer is eerie and will definitely send a chill down your spine. While watching the trailer you get the feeling right at the outset that what meets the eye is not true. When Mickey and Jules discover a young girl (Blake Baumgartner) chained up in the basement and when they set her free they find the tables turned as they are taken prisoners instead of the homeowners. 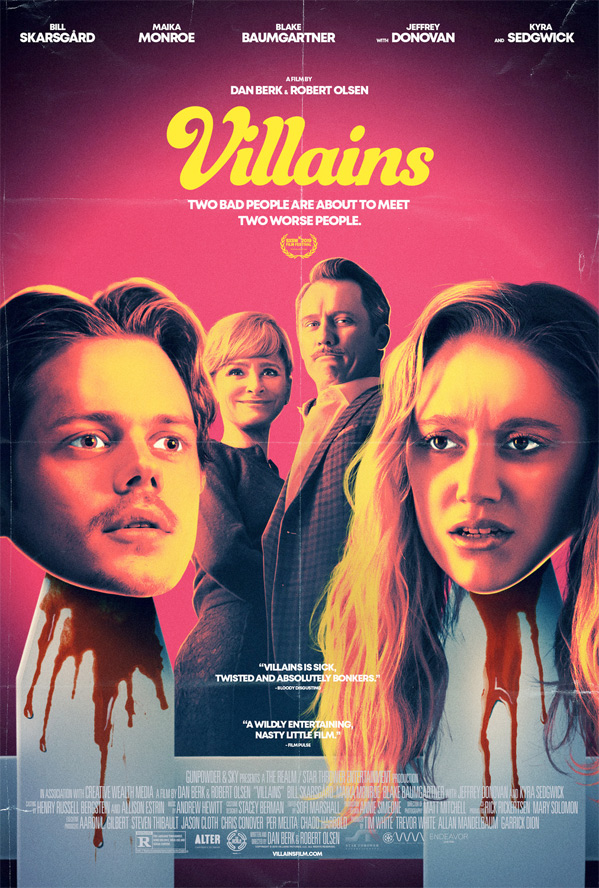 RECOMMENDED READ: The Morning Show Trailer: Jennifer Aniston and Reese Witherspoon battle it out to claim a spot as America’s top newsreader in Apple TV+ series

The trailer features violence, torture and a family dinner that sees the protagonists tied up with duct tape. The trailer of Villains will definitely appeal to the fans of Skarsgard and Monroe. Villains also stars Noah Robbins. The film is written and directed by Dan Berk and Robert Olsen and is scheduled to release on September 20.

Watch the trailer of Villains here: