Advertisement
HomeHOLLYWOODNewsAt first, I thought it was a prank: Maisie Williams on Arya Stark’s and Gendry’s sex scene in Game of Thrones Season 8 Episode 2

At first, I thought it was a prank: Maisie Williams on Arya Stark’s and Gendry’s sex scene in Game of Thrones Season 8 Episode 2

Game of Thrones season 8, Episode 2 A Knight of the Seven Kingdoms saw Arya Stark and Gendry in a lovemaking scene for the first time. Apparently, the scene was not only surprising for the audience but also for actress Maisie Williams who plays Arya. She was so surprised and taken aback by the scene that she first thought it was a prank by the Showrunners David Benioff and D.B. Weiss who have a reputation of playing jokes on their characters. However, when they revealed that it wasn’t a prank and the scene was in all seriousness, Maisie’s first reaction was "Oh f*ck!" as reported by an entertainment portal.

Apparently, Sophie Turner who plays Sansa Stark in the show was the first one to read the scene even though the script was sent to all the actors at the same time. Maisie revealed that Sophie immediately called her up and said, “Whatever you do, you have to skip to this episode, this scene first.’ So I just read that and it was practically all I knew about the entire season.” Maisie told the portal that she first thought it was a prank. She said, “At first, I thought it was a prank. I was like, Yo, good one.’ And (the showrunners were) like, No, we haven’t done that this year.’ Oh fk!" In this week’s episode of GoT, Arya, and Gendry sleep together at Winterfell before battling the Army of the Dead. In the show, Arya tells Gendry, “If we’re going to die soon I want to know what that’s like before that happens,” before they get busy. 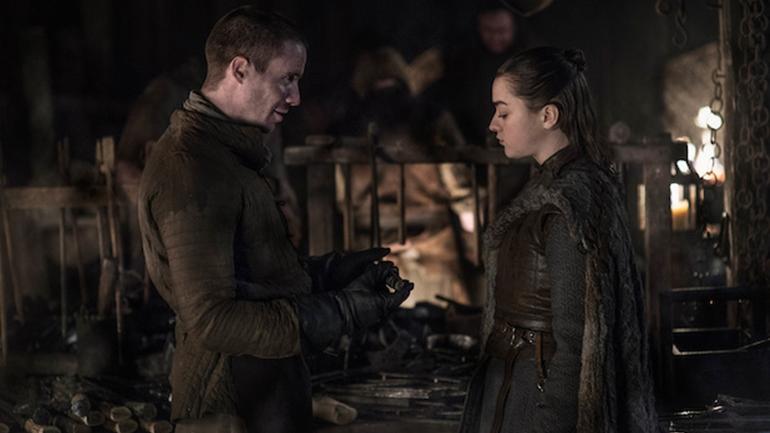 RECOMMENDED READ: Game of Deaths! From Arya Stark to Gendry, here’s a list of your favourite characters that will not survive the Great War for long

Maisie revealed that she was given the choice of how she wanted to do the scene. She said, “David and Dan were like: You can show as much or as little as you want,’ Williams says. So I kept myself pretty private. I don’t think it’s important for Arya to flash. This beat isn’t really about that. And everybody else has already done it on the show, so.” 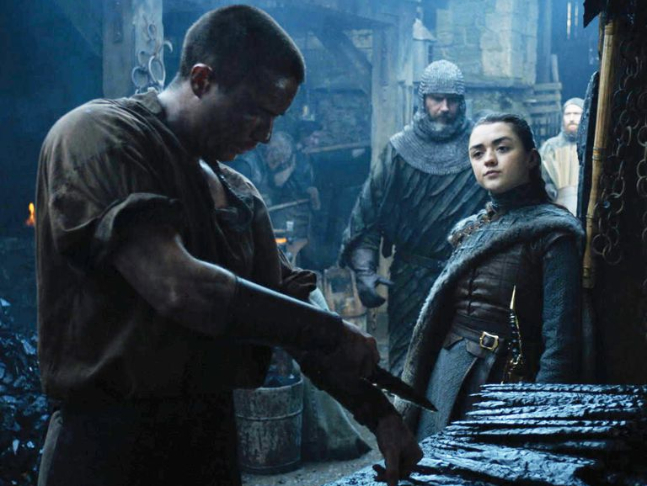 However, Maisie who joined Game of Thrones when she was 11 and practically grew up in front of the cast and crew was naturally a bit awkward. She said, “In the beginning, everyone was really respectful,” she says. “No one wants to make you feel uncomfortable which kind of makes you feel more uncomfortable, because no one wants to look at anything that they shouldn’t look at, which in turn makes you feel like you look awful because everyone is kind of like—“ (Maisie averts her eyes). “You want people to act more normal.” She further added, “Then (the scene) was rushed. We were (directed by) David Nutter, who has a habit of speaking fast anyway. By the end we’re rushing to finish the scene and David is going, ‘Okay, you’re going to come in and do this and do that and, great, take your top off’ - and then walked off. And I’m like … ’Okay. Let’s do it.’”

On the other hand, Joe Dempsie who plays Gendry said that the experience was strange for him too. He said, “It’s obviously slightly strange for me because I’ve known Maisie since she was 11, 12 years old. At the same time, I don’t want to be patronizing toward Maisie — she’s a 20-year-old woman. So we just had a lot of fun with it.” 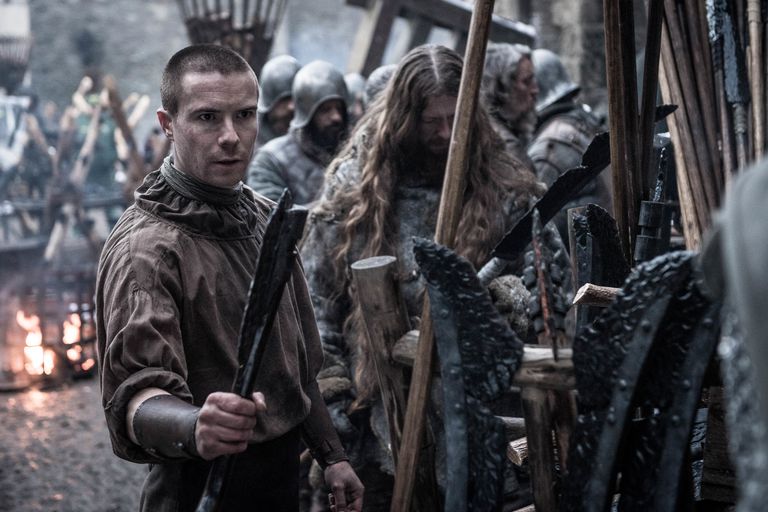 Maisie said it wasn’t the romance but what the scene meant for her character that was important to her. Arya had been laser-focused and hell-bent on revenge and survival training so this one scene brought a human side to her character. Maisie said, “It was really interesting because it’s a very human relationship for Arya. This is something she’s stayed away from, an emotion we’ve never really seen her engage with. David and Dan were like, ‘It’s the end of the world, what else would you have her do?’ This may be is a moment where Arya accepts death tomorrow, which she never does — ‘Not Today.’ So it was that moment where she says, ‘We’re probably going to die tomorrow; I want to know what this feels like before that happens.’ It’s interesting to see Arya be a bit more human, speak more normally about things people are scared of.”