Singer Rahul Vaidya's wedding to TV actress Disha Parmar was one of the biggest weddings in the Television industry. The couple's wedding festivities, which took place last weekend, made constant headlines and one thing which was sure was that the couple was definitely high on fashion and we have to credit their stylists for it. From royal Abu Jani Sandeep Khosla pieces to surreal looks, Rahul and Disha, who tied the knot on July 16 in Mumbai, made sure to made heads turn.

To discuss more about Disha's dreamy looks, PeepingMoon got in a candid chat with her talented stylists Rishabh K and Mehek Khanna, who have made a great name in the celeb styling space. Mumbai-based Rishabh and  Delhi-based Mehek, who collaborated for the wedding, spilled the beans on how they planned the wedding outfits for 'Bridechilla' Disha. When did you start planning the outfits for the wedding?

We started a month before the wedding because of all the COVID restrictions in Bombay. They just wanted to get married, come what may. We started not too long, with the mood boards and themes. Disha is very simple by nature so she was very hesitant to get out of her comfort zone. As stylists, we had to make her comfortable with the options we were providing her. She was very understanding and completely trusted us, which was a very big thing.

Was there any specific reference given to you by Disha? 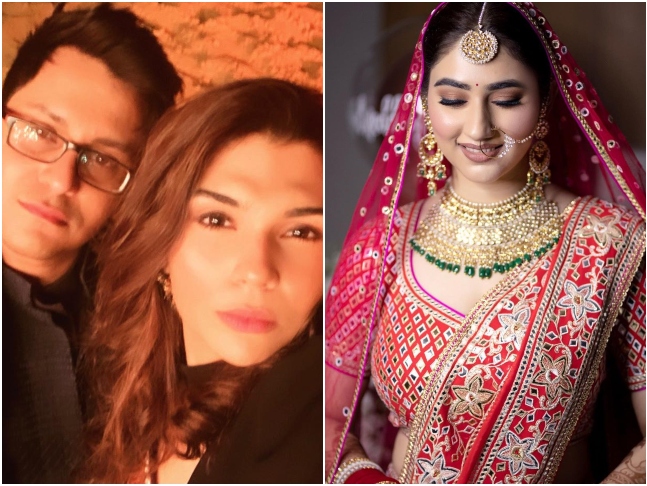 How different were the final looks we got to see from the inception stage? Any last-minute changes?

There was actually no last-minute change. Disha knows what works on her body type. It was one of the most smooth-sailing projects we’ve worked on. There’s this commonly used word for weddings called Bridezilla but Disha was the complete opposite of it. She was a Bridechilla. She was so chill and easy, knew exactly what she wanted. As a bride, you don’t want to look the same. We had our round of fittings, trials, alterations - all of that. Through all of this, the designers have been amazing. They’ve been so forthcoming, so amazing to work with. They were also very excited to work on it. Abu Jani Sandeep Khosla were so accommodating with the bride and the groom’s outfit. They were just amazing. Even Dolly J, she’s a designer who’s becoming popular and we wanted to include her design in one of the functions. There’s also a store in London called Nikaza Asiana Couture, owned by Jasmine Kotecha, she was very forthcoming. She really helped us. It’s been a hectic hectic few days but it has been extremely fulfilling for us.

Abu Jani Sandeep Khosla was a major part of the wedding. How was the deal cracked?

Basically what happened is I have worked with Abu Jani Sandeep Khosla with my personal clients. Our idea was to make the bride and groom wear one designer. We wanted that idea of them being an Abu Jani Sandeep Khosla couple. They’re amazing designers, they’re the best we’ve today in our county. So when we had a word with them, we spoke with them and we said this is an idea that we have and will you guys be on board with it. Before that, we had many other designers in mind with beautiful pieces but the minute Abu Jani Sandeep Khosla came on board, we were like this is it. They should us the outfits and we told them our idea. That collaboration with them went fabulously. They customized so many things for us in the wedding lehenga. It was a dream collaboration. 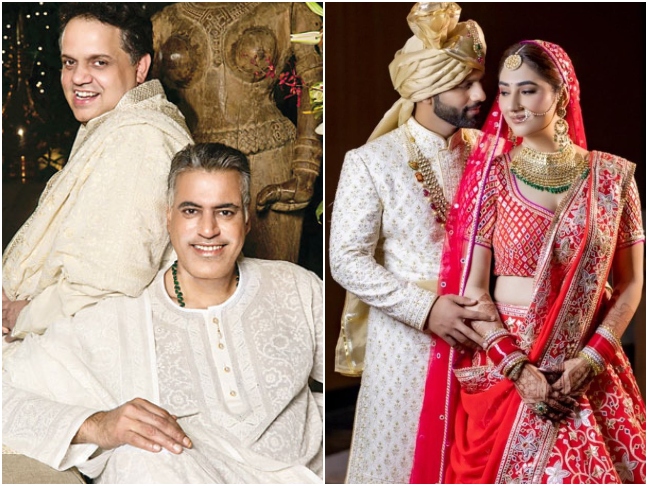 Any crazy BTS stories that will serve you as a memory forever?

The only crazy BTS story is Bombay monsoon and the rain it bought on the day of the wedding. We had called for the Jewellery from Anmol Jewellers in Bombay and there was no way the guy could reach. We didn’t take it the night before because it was all real jewellery. We were just worried about the jewellery. The people from Anmol literally walked in the flood and came to hand the jewellery over to us. They were sending us videos of how the people were walking in water. But he came in time, we selected the jewellery and Disha started with her hair and makeup. At the end of the day, it was a blessed wedding. 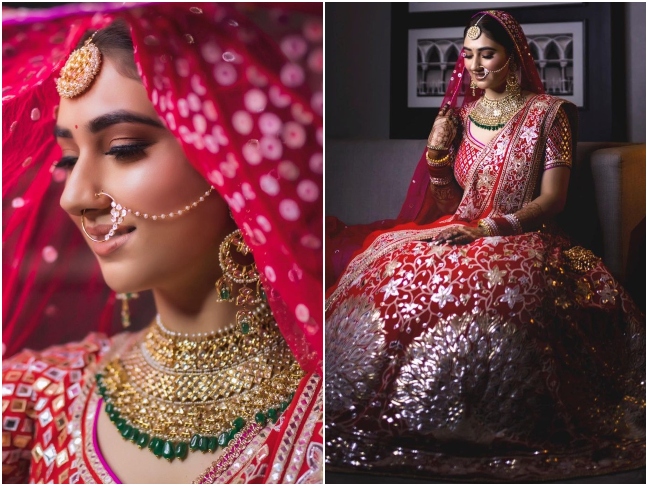 A celebrity wedding is often at the risk of trolls as well if the outfits are not pleasing to the eyes of the people on the internet. Was there a fear of that?

Honestly, we never focused on that including Disha and Rahul. We’re all so positive. Trolling was never even a conversation we had. At the end of the day, when you’re happy and comfortable, forget the trolls. People have all the time in the world to do all that but we, as a team, wanted to just channelize positivity. We wanted to the wedding for Disha and make sure she was happy. That’s what matters at the end of the day.