Ahead of the grand finale, PeepingMoon got in touch with avid Bigg Boss viewer and former contestant Kamya Panjabi to understand what are her opinions about the season and who can be the winner, according to her. Talking to us, the actress shared that she roots for her Shakti co-star Rubina and Rahul. She added that Rakhi stands an equal chance to win as she brought life to the season that started off on a rather dull note.

You are rooting for which contestant?

This year is a little different. I really like Rahul, Rakhi and of course Rubina Dilaik because I’ve worked with her and I loved her game. She never stooped down nor abused. Minus the part that she had her husband Abhinav Shukla's support. When he was evicted, she had her sister Jyotika Dilaik in the show. Rubina had some support throughout the season.

Also, I really like Rahul and would be happy if he wins. The third person is Rakhi. Before her entry, Bigg Boss 14 had no ratings and it was very boring. Mujhe shuru se Abhinav aur Rubina bohot pasand the, lekin fir bhi the show was boring. Jaise hi Challengers aaye, Rakhi ne pura nazariya hi badal diya. She made the episodes entertaining and brought back the rating. Rakhi saved Bigg Boss 14. People say wild card entrants can't win the show. Then Salman had cited Gauahar Khan's (season 7 winner) example. But she was out only for 3 days. If the makers of Bigg Boss want people to have faith in the show, they should bring in some change and make it more entertaining. Rakhi entertainment layi hai so she should win. Last week, when someone was lying down in one corner, sleeping, etc, it was Rakhi who was doing some crazy antics.

Apart from the entertainment quotient, my top 2 are Rubina and Rahul. There were many exits and comebacks. Was it fair to those who spent the whole duration in the house?

Fair unfair ki baat karo toh bohot sari cheezein hai. Was it fair for other contestants when Rubina and Abhinav had constant support? But I would like to say, iss season mein bohot zyada hi ho gaya hai. If you are voted out, your journey ends. If you step out on medical grounds, then that's a different issue. Rahul wasn't voted out, he chose to exit when he had his weak moment. He was convinced to come back as you are bound by a contract. If a contestant comes back after being evicted by the audience, somewhere the concept of Bigg Boss is getting affected.

As a viewer and ex-contestant, did you see Rubina Dilaik, Nikki Tamboli, Rahul Vaidya, Aly Goni and Rakhi Sawant in the finale?

I never thought Nikki would make it. I think she'll be the first one to go out now.

The show failed the make a buzz on TRP charts. According to you, what’s the reason?

I don’t know the reason but the season was thanda. Aise lagta tha ki kab khatam hoga episode. There are some people like me who have to watch Bigg Boss at any cost. 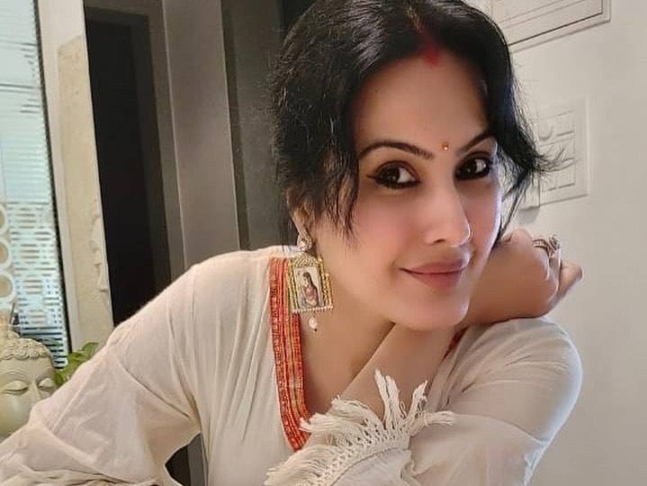 Has Bigg Boss lost its charm?

No, not at all. After Rakhi's entry, the show became quite interesting, the rating also improved. Bigg Boss hasn't lost its charm and it depends on how much content the contestants can give in an episode.

Were you approached to enter Bigg Boss 14 as a Challenger?

No, I’m busy with my show Shakti. I’m a Colors face so I go to Bigg Boss house every year. But I knew something like this will happen.

In Bigg Boss 7, you rightfully stood against Armaan Kohli and others when they misbehaved with you. You were one of the strongest contestants, who did you see your kind of spark in Bigg Boss 14?