Advertisement
HomeTELEVISION NEWSEXCLUSIVE NEWSExclusive: Would love to see Mithila Palkar as Kalyani Singh if 'Udaan' is remade: Kaveta Chaudhry on her iconic show's re-run and changing face of TV

Two months ago, as the entire nation went into a complete lockdown due to the outbreak of Coronavirus, Doordarshan delighted the home-bound audience with the re-run of iconic 1980s and ’90s shows like Ramayan, Mahabharat, and several others. Now, as India is unlocking itself in phases, the channel has decided to re-telecast the highly inspiring and motivational series Udaan to uplift every Indian’s spirit amid crisis.

Udaan written, directed, and starring Kaveta Chaudhry wasn’t just a commercial success but attained critical acclaim too. The 1989 show paid an ode to police officers, for which Kaveta underwent training just like an IPS officer for her role as Kalyani Singh.  In a time when comedy, family drama, and light entertainers were all over the television, Udaan presented a tale of valour and courage that set it apart. 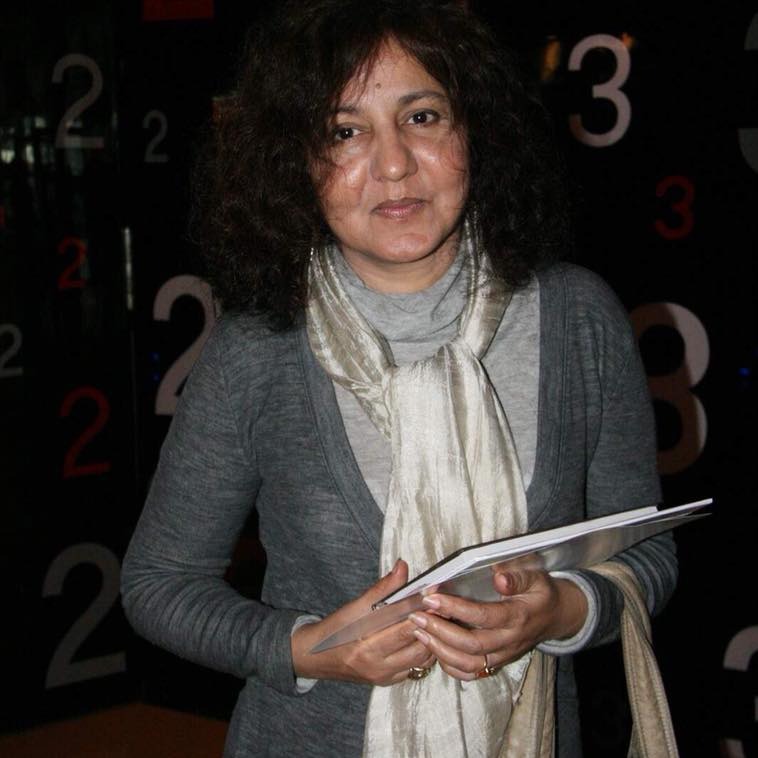 Three decades later, as the show has returned to DD Network, every Sunday, 8 pm slot, Kaveta is sure that youth will take home a lesson of honesty, sincerity, and courage. In an exclusive conversation with PeepingMoon.com, Kalyani aka Kaveta spoke about breaking the stereotypes back then. Also known for her iconic Surf ad series as 'Lalitaji', Kaveta spoke about the challenges of making an inspiring show like Udaan, Doordarshan reviving the lost glory of Indian television amid lockdown and who can step into her shoes n today's times.

Excerpts from the conversation:

Udaan was said to be loosely inspired by the life of IPS Kiran Bedi. Did you meet her while preparing for the role? What were the challenges you faced as a director, writer and actress?

Udaan isn’t just an ode to Kiran Bedi but to all police officers. I did meet Kiran as we know each other since childhood and are related. For my research, I met a number of people from the police force and administration services. The challenges were quite a few. Back then cinema was divided either in commercial or art and I wanted a combination. I visualized real locations, desired that my actors take proper training and get the right costumes. At that time, rehearsals weren’t common. Later, it got institutionalised with Lagaan (Aamir Khan's Oscar-nominated film) where actors were asked to live as their characters before shooting. I got the rehearsal approach from the theatre. As a writer, director, and actor, there has to be proper research. In order to get the basics in place, I underwent training like the way IPS candidates go through. However, amid this, I didn’t get the time to prepare for the role the way I did on stage. But I internalised it so much that after Udaan was over, whenever I met a senior officer, I used to go ‘attention’.

Did any police officers give you feedback on the show?

A lot of police officers gave feedback. An officer from Uttarakhand told that the show and the character touched upon aspects that were unaware to them too. When there was a gap between season 1 and 2, the then Joint Secretary at Ministry of Home said that due to Udaan there was an increase in the number of candidates. 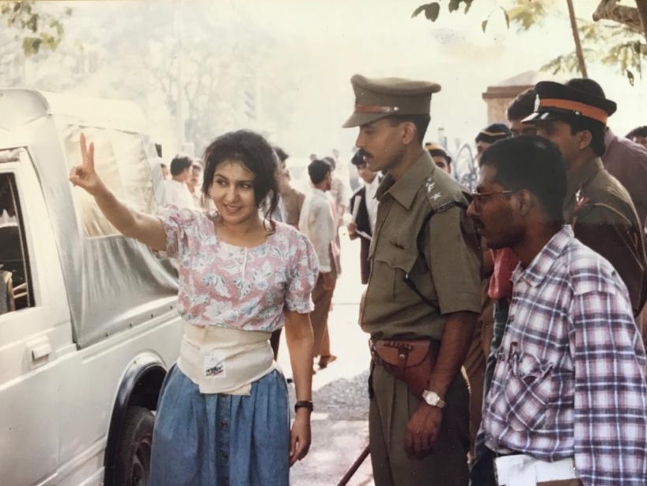 Do you think Udaan set a new benchmark in the history of television?

I generally don’t see Udaan in those comparative terms. I’d rather see it as an inspiration to the youth that will teach them a lesson on sincerity and honesty. I don’t see it related to any other program as each one can be made unique. All shows should be made from the heart. Every person has their own way of filmmaking and you don’t have to pick up a message from everything.

Has the quality of storytelling in TV degraded over the years?

This is a much-debated question. However, with the lockdown, I hope the audience has watched good and positive content on television.

Has the lockdown played an important role in reviving the lost glory of Indian television with the rerun of Ramayan and other shows?

Yes, it has. The beauty is that despite having many channels to watch, people are preferring old shows. 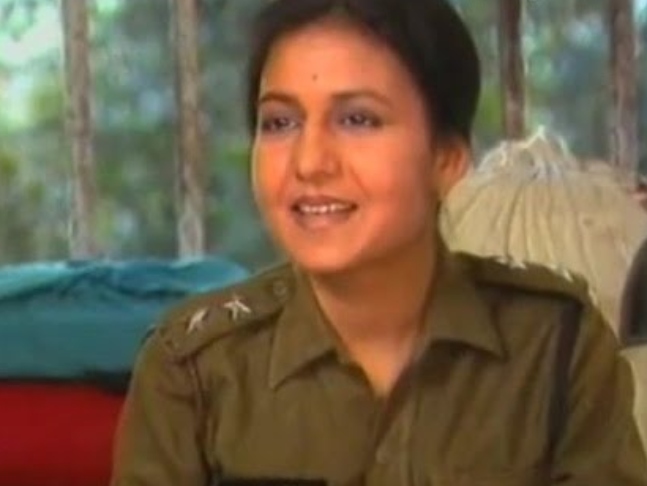 In the current television scenario, actors aren’t receiving their dues on time. Did you face any payment issues back then?

This is a tricky situation right now. Producers say that they are short of funds while actors also have run their homes. Amicably they have to work out a solution. I feel forming a proper group to discuss grievances, ideas, etc can help. Back then, even I faced payment issues. I did an ad film that was written by me. They took the subject and didn’t pay me. Also, I spotted an ad of mine in the newspaper that used my picture without permission. Once I did a film and out of sympathy, and agreed to take the payment later since the producer was short of funds. I decided to wait for it to release. However, at the end of it, they didn’t pay me. 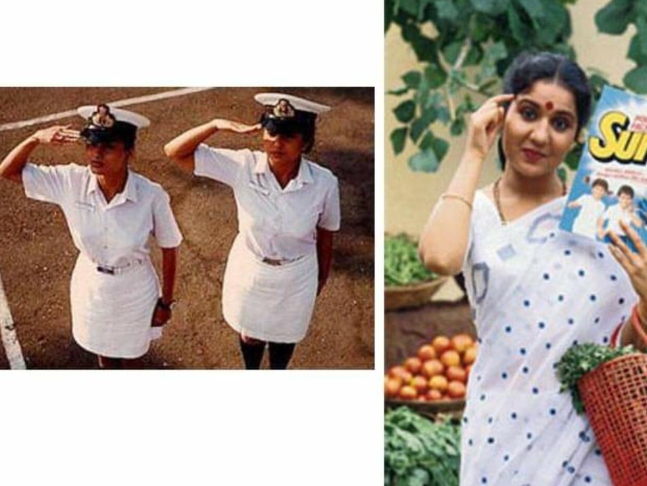 How similar or different was television then and now?

It depends on who is being selected as the medium. It is generally the writer who moulds the show but sometimes the producer’s vision is also taken into consideration. It is all up to the person who is making the program and his sensibilities. Doordarshan back then invited filmmakers to present their stories. They did it with passion and not as a compulsion. It wasn’t like ‘roz banana hai toh ghar ke jhagdon par banate hai’.

If Udaan had to be remade now, which actress according to you will fit the bill?

I saw Mithila Palkar in Chopsticks on Netflix. She has a lot of simplicity in her. I would see if she has the range to play the character. If not, I would love to train her. 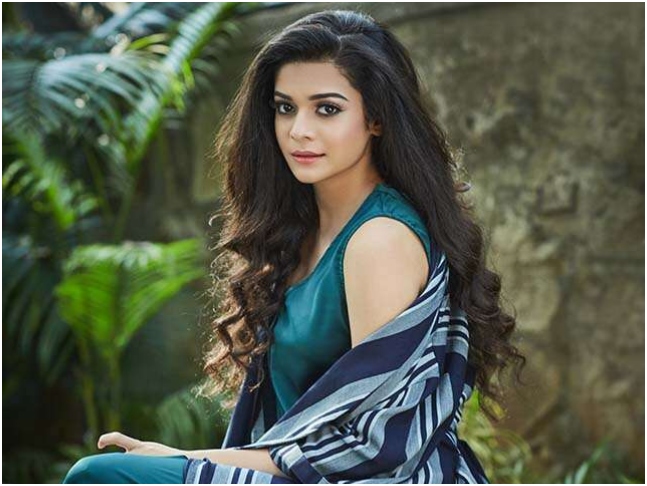