PeepingMoon Exclusive: Voiceover artist Sammera Khan talks about her viral Priyanka Chopra Jonas clip, calls her an inspiration for 'creating her own path'

Whenever the dialogue, "Aap humse humari zindagi maang lete hum aap ko khushi khushi de dete, par aapne toh humse humara guroor cheen liya," from Bajirao Mastani plays on TV and phones, we are reminded of Priyanka Chopra Jonas aka Kashibai. It is an impossible task for us to mimic the iconic dialogue. But Sammera Khan, a voiceover artist, has done it beautifully and convincingly.

Sammera, an anchor, voiceover artist and public speaking trainer, shared a clip in which she is heard delivering dialogues from Bajirao Mastani and Quantico, exactly like Priyanka. Obviously, the clip has gone viral and people are loving it! PeepingMoon got in touch with Sammera for a heart-to-heart conversation. During the interview, she spoke about how Priyanka influenced her. She also revealed the names of actresses she wants to do voiceovers for.

How did you start your journey as a voiceover artist?

I started with anchoring. Apart from anchoring on TV and stage, I’ve also been good at voiceovers and I got a few offers to record a few things for friends.

Do you train young actors in public speaking? Has any of your students ventured into Bollywood?

Yes, I do train young actors, corporates, students, etc. as public speaking is useful to everyone. My students are yet to venture out in Bollywood. I hope they will. A lot of people are trying and working on their skills.

Have you ever tried venturing into Bollywood?

Yes, I have thought about it. You are paid for your patience. There is a lot of hard work. I really admire aspiring actors but I don’t have that patience (laughs).

Your Priyanka Chopra Jonas voiceover clip is going viral. How did you prepare for it?

So, I posted a public speaking video online and a friend of mine who does mimicry told that I can be Priyanka's voice. He asked me to record a sample. I have seen her films but I started studying her characters, how is she emoting and then traced her journey in Bollywood and Hollywood. I have done two very different voices, one is Bajirao Mastani and one is Quantico. I studied her growth as an actor. After scrapping many raw samples, I finally got it right.

Recorded a Sample of one of the women who inspire me the most this Women's Day! Have a listen , share and support my journey as a voice artist! #voiceover #voiceacting #dubbingartist @priyankachopra pic.twitter.com/QSXXC3sgSB

You called Priyanka Chopra Jonas your inspiration. How did she play a key role in your life?

The whole ‘ordinary, small-town girl making it big’ was inspiring. It’s something I relate to as I come from a humble and ordinary family. She was one of the first women from Bollywood to go to Hollywood. She doesn’t follow a path but creates her own. People who are artists and don't do a 9-5 job look up to her.

Which actress are you willing to do voiceovers for?

Definitely Madhuri Dixit. From the current generation, I would say Deepika Padukone. That would be something different as she has a twang in her accent. I would also like to try late Nargis Dutt’s voiceover. She was a strong person. 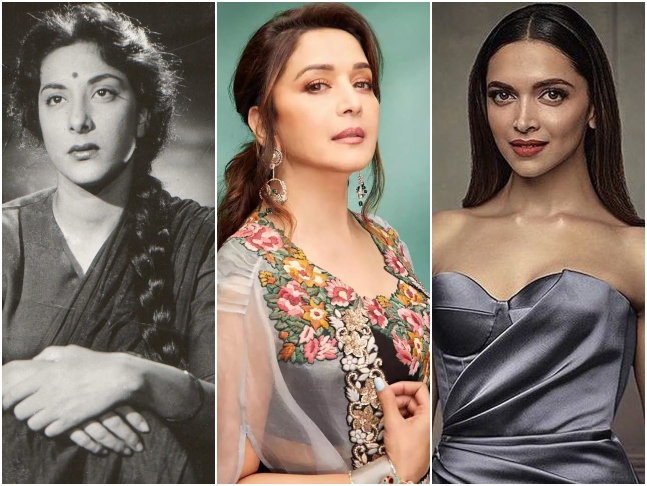 Are voiceover artists in films and TV getting enough recognition?

No, I don’t think so. Few things have gotten better from how they were 5-10 years ago. Nobody even knew there is someone for voiceover. Now, it is becoming a more organised industry where documentaries, narrations, audiobooks, podcasts are coming into fashion. Due to all this, they are getting recognition.

Shahid Kapoor is 'very nervous' about his web debut, says 'actors who