Aditya Chopra is setting up not only big spectacles with A-listers but also lining up some small-budget content-driven movies that are very different from his typical commercial ventures, to celebrate the 50th anniversary of his production house Yash Raj Films. PeepingMoon.com exclusively told you in August that YRF is making a film based on the 1862's Maharaj Libel Case that will be directed by Hichki fame Siddharth P Malhotra. While the cast for the Vipul Mehta and Sneha Desai-written film is yet to be locked, we have heard that the production banner has added one more medium budget dramedy to its illustrious lineup.

Industry sources have informed us that Yash Raj Films has now sanctioned a female-led drama and has roped in its in-house talent Parineeti Chopra to play the lead. Chopra has bagged a new YRF film even before her Dibakar Banerjee directed Sandeep Aur Pinky Faraar by the same banner hits the cinema screens. The yet-untitled film is said to be a light-hearted drama with social commentary as an ingrained part in the narrative and will feature Chopra in an altogether different avatar. 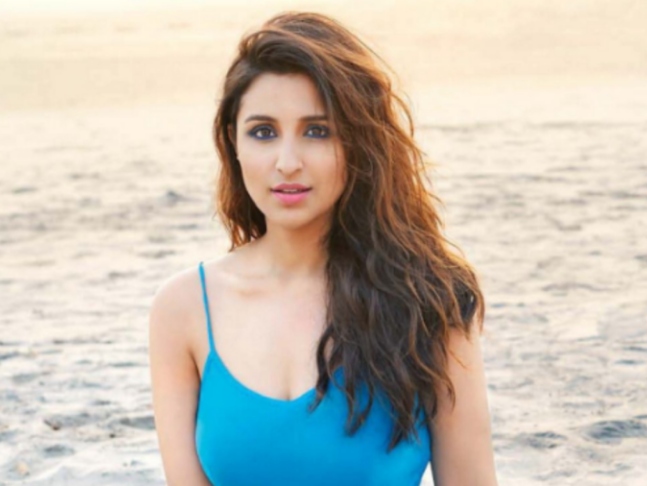 Filmmaker Sharat Katariya who has been associated with the Aditya Chopra-led banner since the start of his career will be directing this film. The said project, however, is believed to be set in the different milieu compared to his previous movies, Dum Laga Ke Haisha (2015) and Sui Dhaga: Made In India (2018) which were lauded for its small-town settings. The director who has lately been directing Ad commercials is currently giving the finishing touch to the script and will start the pre-production early next year. Parineeti Chopra will complete the remaining shoot of Amole Gupte's Saina Nehwal biopic before diving her focus into this new project.

This Sharat Katariya film is the sixth project Yash Raj Films has greenlighted recently. Although they are said to have deferred the #YRFAt50 announcement scheduled on September 27 due to the current unparalleled situation, the locked movies will go on floors as planned. Vicky Kaushal and Manushi Chillar's out-and-out comedy will start its production next month, followed by Shah Rukh Khan, John Abraham and Deepika Padukone's Pathan which will have a small first schedule in November and full-flegded shooting from January. Salman Khan and Katrina Kaif's Tiger 3 will roll in February while the shooting timelines of Ajay Devgn and Ahaan Panday's film is yet undecided. Siddharth P Malhotra and Sharat Kataria's films are also expected to get off the ground in the first quarter of the next year!

Shahid Kapoor in and as Sunny in Raj & DK's Amazon Prime show; Shootin