Advertisement
HomeBOLLYWOODEXCLUSIVEPeepingMoon Exclusive: ‘Things will not change overnight but the revolution has begun,’ says Lukram Smil on changing mindset of Bollywood towards actors from North East

PeepingMoon Exclusive: ‘Things will not change overnight but the revolution has begun,’ says Lukram Smil on changing mindset of Bollywood towards actors from North East

Of late, Bollywood has been opening up to showcase diverse content and genres that have tried to break societal prejudices as well as stereotypes. The wave has been slowly and steadily gaining ground with people calling out on racism in films, showcasing stereotypical characters and using demeaning jargon to define a group or class of people.

Manipur-based actor Lukram Smil who recently made his Bollywood debut with the sports film Penalty, available on Netflix, in an exclusive conversation with PeepingMoon.com, spoke about the deeply embedded racism in India, the limited opportunities for North East actors but also the fact that casting directors now call them as ‘actors with Asian features’ as opposed to ‘Chinki’ or ‘Chinese looking’ like earlier days.

What does you character in Penalty speaks about?

I play a footballer in the film but I had never played football before! Although I did undergo workshops and the crew was very supportive and hard working in training me to look like an athlete. The crew was relatively a new team and we worked very hard for a month to get everyone into character and make everything perfect, so we are very thankful that we are being appreciated. I am not at all like my character in the film. In real life I am very ‘mufat’, jo mann mein aata hai bol deta hoon, I am a fighter, I don’t take things lying down. I grew up in Manipur and moved to Rae Bareilly and Lucknow in Uttar Pradesh for higher studies. The culture there was so vibrant and people are a mixture of whole of India. The first time I encountered racism was in UP but the first time I felt loved was also in UP. No one ever called me a ‘chinki’ in my life but when you leave your home, people judge you on your looks, your eating habits, your clothes and then you stay and become friends with people from your own community. Even in college in my first year I kept to myself but later on I started opening up and that’s what we have shown in the film that when you enter a new environment people get shocked but everything gets solved when you talk to each other. 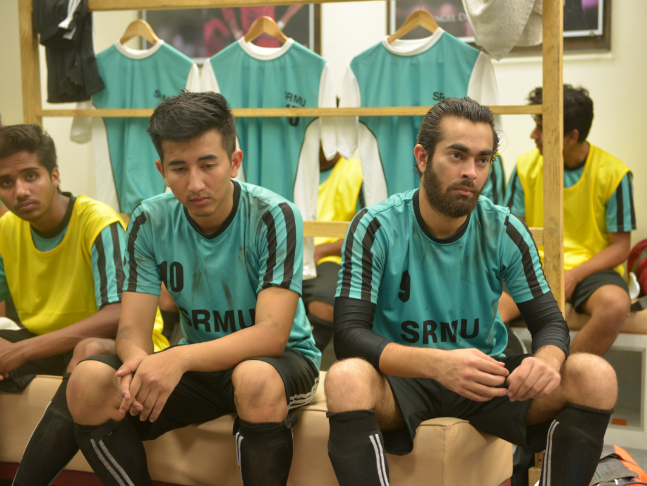 The film deals with the discrimination and racism meted out to North East Indians in our country. Have you had to deal with any of it personally?

I will tell you the worst racial encounter of my life. It was in 2010 in Malviya Nagar in Delhi. I came to buy some stuff for college and since it was a very hot day of summer I popped in a store to buy some sunscreen. The store owner who was a lady told me, “Suno beta, tumhe job hi lena hai bas wahi chuna, jo tumlog chhute ho who samaan bikta nahi (Listen son, touch only those things which you want to buy because the things you people touch don’t get sold), that was a slap on my face. I was only eighteen-years-old and was staying away from family for the first time, obviously after that a lot of my friends came into the store to defend me, but it was a very crude remark. A lot of my friends as well as me have faced racial slurs, but when our director Shubham Singh approached me and our producers who spent so much money on an issue which nobody cares about, I am very grateful for them. I want to dedicate the film to all my brothers and sisters in India that this a problem that we can solve this problem through understanding.

How was it sharing screen space with Kay Kay Menon in Penalty?

Oh God! Kay Kay Menon is a lion, he is a tiger, not even for a moment I felt that he was acting. I have never had any acting experience before and when I had to share screen space with him I got scared. He is a legend, he is spectacular. Another thing I want to say about my co-star Shashank Arora, he is an actor in his own league. These guys gave the movie a very professional outlook. 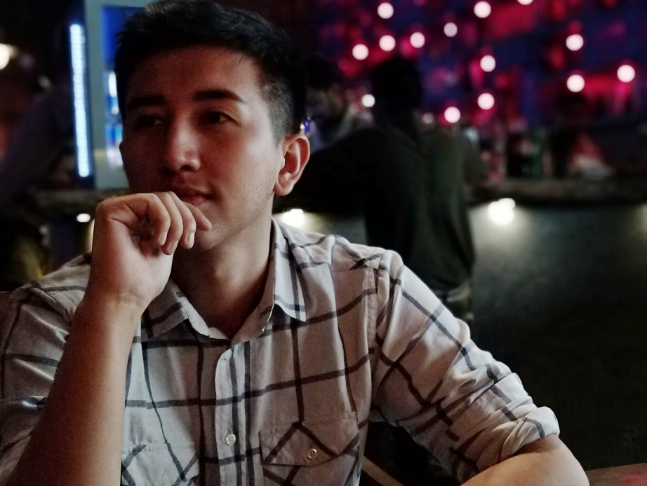 The ‘insider-outsider' and nepotism debate is gaining ground in Bollywood. Do you think it will bring any change in how actors from North East are perceived and treated in the industry?

In this scenario, I would like to point out one of my brothers Bijou Thaangjam has been very pivotal in getting me this role and he was the one to tell me this that I should pursue this and he was the one who brought me out of my shell. He has been in the industry for eight years now, he came to Mumbai in 2012 and he told me that previously when they had a requirement for Northeastern look or any look they would say ‘Nepali looking’ or ‘Chinese looking’ which are different countries altogether. So now the whole movement has started from long ago like Jagga Jasoos was shot in Manipur, the whole movie has been shot in the state. In fact, Manipuris should be proud that films like Jagga Jasoos, Mary Kom, Uri: The Surgical Strike have been based in the state. So I am not saying that things will change overnight but the revolution has begun and now we’re seen as Indians and being cast as Northeasterns and not ‘Nepalese’ or ‘Chinese’. They have become more sensitive on the whole casting call. On that front, regional films have also been extremely powerful like Priyanka Chopra and her initiative to make small regional films has given us more impetus. Even Salman Khan’s Tubelight paved the way. The death of Sushant Singh Rajput is another thing. I never thought his demise will become such a big wave, it has become international. A small town boy, he literally worked out, I remember seeing him in a dance reality show, and he performed with Hrithik Roshan and now being in the same podium with A-list actors and being able to command the box office numbers, the change has already begun, it won’t happen overnight of course, you’d think that outsiders will come and take away your earnings but there is enough resources for everybody to share. The visibility has increased and Indians as a whole are now being more receptive. 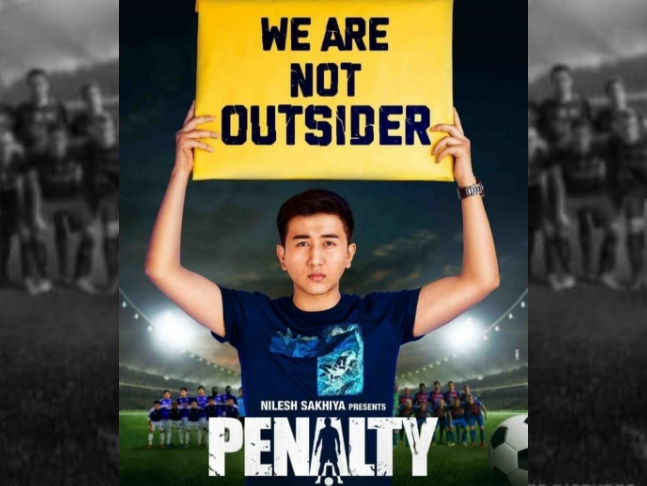 The last film with North East as central subject, Axone, drew flak from certain sections for stereotyping the region; major criticism came from the seven states itself...

I think ‘seven sisters’ are a lot of sisters and you can’t make everyone happy. Although we have powerhouse performers like Adil Hussain but he doesn’t look the typical northeastern guy, although he did have a cameo in Axone. What the filmmakers tried in Axone was to incorporate all the seven sisters and the protagonist was Sayani Gupta and that was the main thing, even in Mary Kom. When Priyanka Chopra played Mary Kom in the biopic I was happy, she is an A-list actor, a superstar, a lot of people said that why not take a northeast actor but you need to get out of the shell. Axone’s director Nicholas Kharkongor had his heart in the right place, he wanted to show what happens but we north easterners have lesser exposure, we also need to open up our minds, and we need to appreciate. I got a lot of flak saying that my character in Penalty was too quiet but we can’t make everyone happy. I think Axone was an amazing attempt. Lin Laishram also did a phenomenal job, no one is appreciating the fact that she showed the whole racism bit but the catcalling that happens to women. The girls from North East are taken as a piece of meat, they get eve-teased a lot. In Axone they tried to put a lot of things in one film, it is impossible to put seven sisters in one movie. I feel if the filmmakers want to make a film on racism they will have to be more refined in what they want to show and not show too many things at the same time. Even in Penalty there is romance but the director wanted to show that football was more important. You can’t please everyone, just go with the flow and stick to what you want to show, Axone was a great attempt. 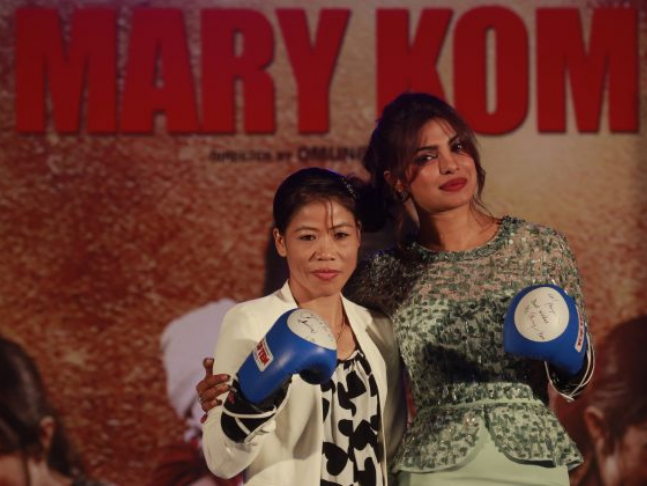 Penalty is directed by Shubham Singh and features Kay Kay Menon, Shashank Arora, Manjot Singh and Bijou Thaangjam, and is streaming on the OTT platform Netflix after a theatrical release last year.