The speed at which some young Bollywood stars play the Dating Game, leaves us breathless. Here’s the latest on this social media-driven crazy merry-go-round. It seems that Tara Sutaria, the drop-dead gorgeous and hugely talented debutante of SOTY2, is dating Aadar Jain – first cousin of Ranbir Kapoor and Kareena Kapoor Khan. His mother being Reema Kapoor, Aadar is also the grandson of Raj and Krishna Kapoor and nephew of Rishi and Randhir Kapoor.

Aadar, 25, made his Bollywood debut in YRF’s forgettable 2017 musical drama Qaidi Band. While the genius of music composer Amit Trivedi got rave reviews, Aadar’s performance went unnoticed. Now there’s talk that the young Kapoor is getting a second shot at stardom in a comedy that Farhan Akhtar is planning. He will be re-introduced in a different way, is what is being said. Aadar is spotted playing football with Abhishek Bachchan and Ranbir Kapoor. And hanging out with Tara. PeepingMoon.com has it that they are seriously dating. 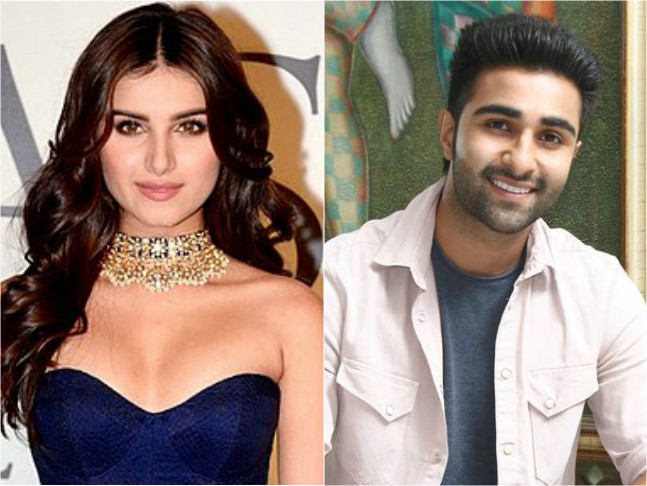 Not long ago, we had heard that Aadar was dating Athiya Shetty. Their Instagram accounts had several pictures of the two (along with others in their BFF circles) and word got around that they were a couple. This was after Athiya was said to be seeing cricketer K. L. Rahul who was himself reported to be in a relationship with Punjabi actress Sonam Bajwa.

As for Tara, we forget who she was reportedly dating earlier, young Rohan Mehra (Vinod Mehra’s son who debuted last year in Bazaar opposite Saif Ali Khan and Radhika Apte) or childhood friend Ishaan Khatter. Guess what matters now is that Aadar and she are reportedly a twosome. Good luck to them. And don’t forget you heard it here first.