The trailer of Judgementall Hai Kya that released yesterday is bringing accolades to Kangana Ranaut for essaying the complex and paranoid character of Bobby who is accused of a murder. The audience is eagerly awaiting the film and so are we. In an exclusive interview with PeepingMoon.com, Kangana spoke about how her feud with Hrithik Roshan is a done and dusted thing now and not Super 30 but she considers Shahid Kapoor's Kabir Singh as a competition at the box office!

Kangana also shed light on whose idea it was to bring her film Judgementall Hai Kya and Hrithik’s Super 30 on the same day. She said, “Well it certainly was not my idea. I was informed about it by Ekta Kapoor after her team chose the date. When you are dealing with a studio things are more democratic.  When you are dealing with individual producers, things are sometimes autocratic. I certainly didn't want a promotion campaign to get any mileage from my past. Actually, I don't see any merit in milking a dead cow.  Whatever happened between Hrithik and me is far gone.  It makes no sense to keep bringing it up.  Anyway, it certainly was not my idea to bring our films out on the same date.” 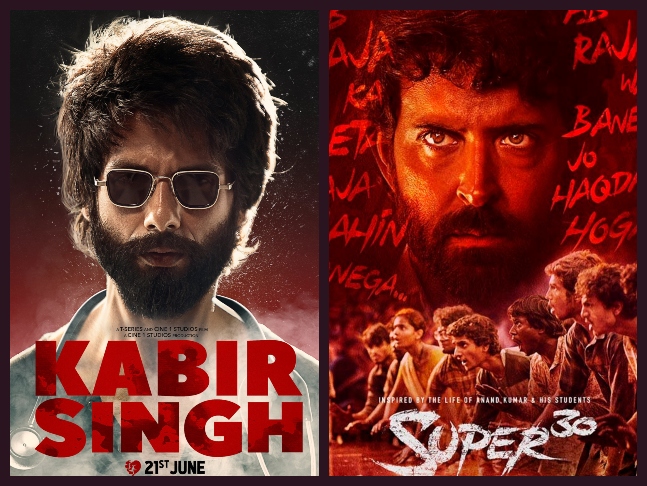 RECOMMENDED READ: Exclusive: ‘Now I can at least make what happened to me those many years ago known’, says Kangana Ranaut breaking her silence on the case levied against Aditya Pancholi

She further explained the logic behind the final release date of Judgementall Hai Kya and said, “Besides Judgementall Hai Kya is a youth-centric film.  We are catering to almost a similar, youthful audience like Kabir Singh. For us, Kabir Singh would have proved a bigger threat than Super 30. So, we were more worried about giving ourselves a window between Kabir Singh and ourselves.  We didn't even think of Super 30. Ekta made a smart business move by giving a few weeks between Kabir Singh and us.”

Hrithik’s Super 30 and Kangana’s Judgementall Hai Kya both were scheduled to release on July 26 but later on, the former’s film was pushed back to July 12.