Sidhartha Mallya, the son of businessman and liquor king Vijay Mallya, is finding himself on the trending list after he turned author with the book If I'm Honest. In the yet-to-release memoir, the Indian-American actor-model has opened up about struggling with depression, living with OCD, why he quit drinking, and more. Sidhartha, unlike his father, chose to pursue acting as a career and went to a drama school and gave multiple auditions. A few years ago, rumours were rife that Sidhartha was 'rejected' for a role in the television series Quantico starring Priyanka Chopra Jonas in the lead.

Now, years later, Sidhartha has reacted to the buzz. In an interview with an entertainment portal, he spoke about reports about being rejected for Quantico. Sidhartha told, "I never spoke about Quantico, that was written about by journalists in India. I love the way that… I remember that so clearly. You just used the word ‘rejected’ and I remember all the press around it, because Priyanka, it was her show…" 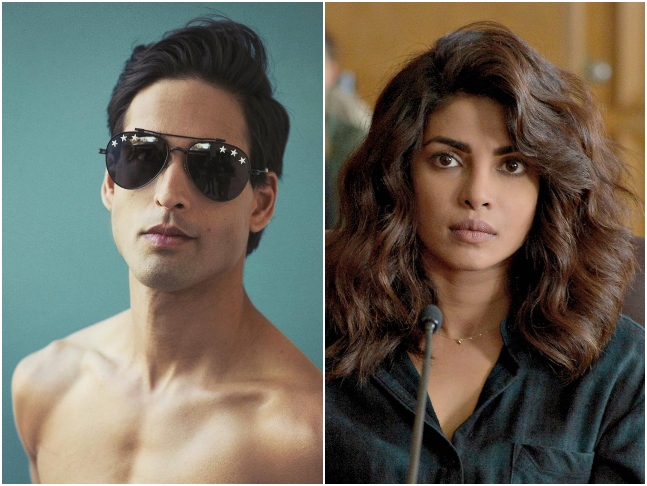 He further slammed media reports for using negative terms like 'failed' and 'rejected'. Sidhartha added, "They also used the word ‘failed’. And I just love the way that the Indian press go to these very negative terms. The fact of the matter is, you have 100 people auditioning for a role. You don’t get the role, someone gets it. That doesn’t mean you ‘failed’ or you got ‘rejected’. It’s not a test, it’s art. It’s subjective. I found that very funny… If that’s the case then I failed in over a 100 auditions. Great. But it’s different in the West. In India, we’ve seen this, there’s a much quicker route for people to go from zero to stardom and lead films than there is in the West, in that model."

In an interview in 2015, Sidhartha revealed that he had auditioned for a role in Matthew McConaughey's True Detective. He had told, "They loved my audition, but I didn't look like a gangster from any angle! A lot of people have said that I look ethnically ambiguous so that works in my favour. I could play Mexican, Middle Eastern, Mediterranean, probably the last thing I could play is Indian."