Karan Mehra’s and Nisha Rawal’s marital dispute is taking an ugly turn with the latter levying serious charges of domestic abuse and extramarital affair against the former. Karan was arrested on charges of domestic violence after Nisha accused him of banging her head on the wall. He was later released on bail, but the to-and-fro of accusations have started with their celeb friends already choosing sides.

In a press conference today, Nisha accused Karan of misappropriating their finances and selling off her wedding jewelry. Apparently, she has also asked for a hefty alimony from Karan as he has lost a lot of their savings, which the actor is not willing to give. Now, Kashmera Shah has come forward to ratify claims of Nisha that Karan did mess up with a lot of financial things and he has hit Nisha a couple of times. 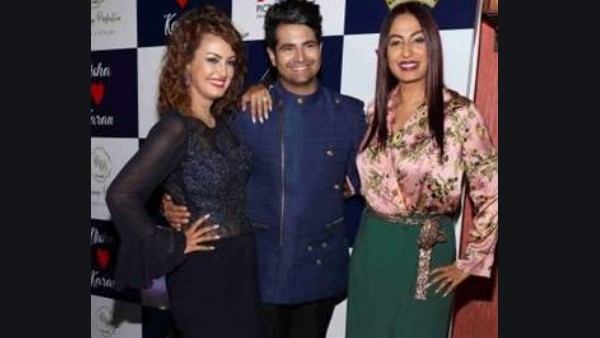 She told a leading daily, “I am with Nisha and apparently he (Karan) did hit her and there were a lot of financial things he has MESSED up with and he has been hitting her for the last couple of times and we found out when we came to the house and Nisha has been quiet about it because it is a very personal thing. We knew there were problems but didn't know to what extent. And you cannot interfere also as a best friend you can just be with her."

Kashmera further negated Karan’s claims that Nisha banged her head on the wall herself and said, “Not true it is not possible for her to bang herself and get such a deep gash. It cannot be self-inflicted, there is a lockdown going on what if she didn't get medical attention. Right now more than domestic violence we are standing with a friend and we will always be here for her. He should understand she is a mother who is taking care of her child and has been working all these years. And whatever I know Karan has done some financial mess which actually strained their relationship between the two of them. But whatever the issue you cannot raise your hand on anyone this cannot be tolerated."