Television actress Chhavi Mittal’s six-year-old daughter Areeza recently planned a surprise baby shower for her mother. The actress called this moment the biggest ‘awww’ moment of her life. Chhavi, who is currently 10-months pregnant posted pictures from her baby shower on her social media account. Through the post, the actress revealed that her best friend along with her husband tried to plan a baby shower for her but she was too busy wrapping up her work before going into labor. However, the day before yesterday, she got a call from Areeza telling her that she has planned a baby shower for her. With the help of her 2-3 friends, Chhavi’s 6-year-old daughter managed to give a big surprise to her momma dearest.

In the long post, Chhavi mentioned how this moment is the best moment of her life. Take a look:

This whole pregnancy has been so damn hectic for me that I have literally had no time to even think of feeling special. But there's one thing I did miss this time. And that is a BABY SHOWER. Normally it's either a sister or a best friend who throws you a baby shower, but I don't have a sister, and my best friend tried to get together with my darling husband @mohithussein to plan one for me, but unfortunately I couldn't take out a day since I had deadlines to achieve before going into labour. But you know how Sharukh Khan said that "poori kaynaat" dialogue? So I think the forces of nature got together and sent an angel from above to throw me a baby shower literally days before my labour would begin! Day before yesterday I got a call from my 6 year old daughter telling me that tomorrow's my baby shower, and that I'm to leave the house at 4 and then come back at 6! My Little fairy had called 2-3 of her other 6 year old friends, who came and helped her decorate the whole house with coloured tapes, balloons, messages on post-its, flowers and sea shells. I was made to wait outside the door for a few minutes because they were not ready... Then I told them that I need to sit, so a cute blindfold (the eye patch I wear to sleep) was put around my eyes & my cutie held my hand and made me sit while they did the last minute finishing touches.. then 5 minutes later they all came and Areeza removed my blindfold while they shouted "surprise" and filled up my lap with little cards full of love and spelling mistakes! It was the biggest awww moment of my life ever!! And I couldn't have wished for a better baby shower! The people who matter to me the most, and to whom I matter the most were present, and the little human that I made 6 years ago created this special, unforgettable moment for me :) And later she told me, "mama I'll always do this for you, on every special occasion". Was this the best day in my pregnancy... Strike that... best day in my whole life or what! The fact that I spent the next 2 hours after that cleaning the house and doing pocha is a completely different story though #babyshower ____________________________ P.S. She asked everyone to wear pink. 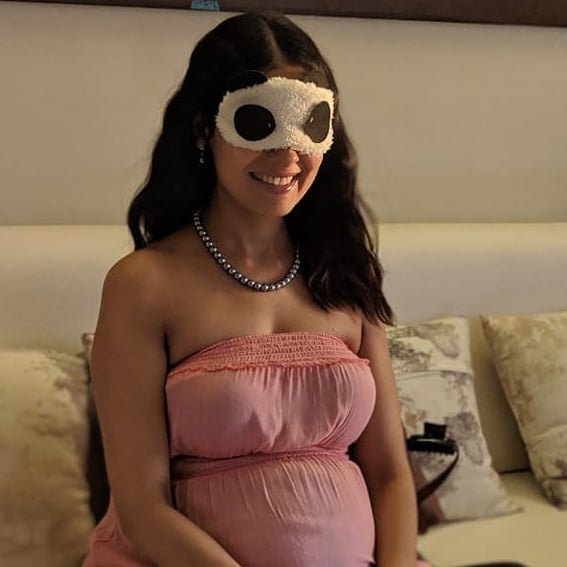 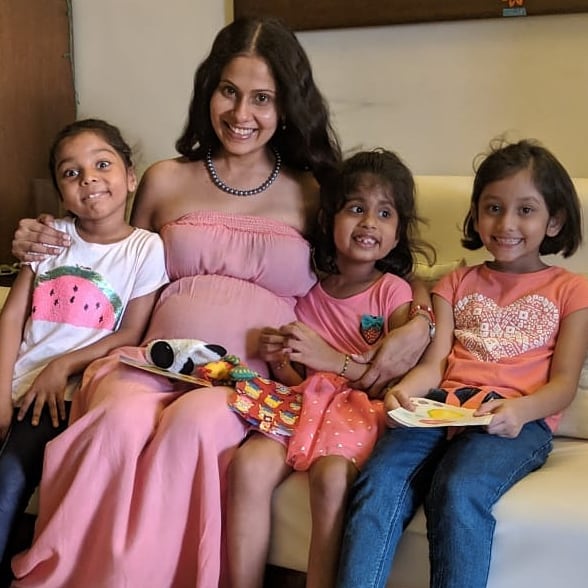 Chhavi, who acted in serials like Tumhari Disha, Virasat, Naaginn, and Ghar Ki Lakshmi Betiyaan married director Mohit Hussein in 2005 and on December 20, 2012, the couple became parents to a girl named Areeza. Chhavi recently delighted her fans by sharing the news of her second pregnancy on Instagram in November 2018.