Bigg Boss 13 Episode 71 highlights: Vishal Aditya Singh and Mahira Sharma give their friendship another chance; Shefali Jariwala and Asim Riaz get into a fight

On Tuesday, it was an emotional time for Bigg Boss 13 inmates as they received letters from their loved ones but had to struggle to hold and read them. It was time for Paras Chhabra and Sidharth Shukla sit back and enjoy watching the others play. The vibe of the house has changed since the time Bigg Boss has given the two major contenders some rest in the secret room. Both of them saw Rashami and Arhaan using cheese slices and they got angry because they claimed that they had won them in the luxury task.

Soon, Aarti and Shefali got into an argument over the latter not preparing breakfast on time and Madhurima’s intervention worsened it. Furthemore, Shefali Jariwala claimed that she used to kiss and hug Asim Riaz for Himashi's sake but stopped doing that when Paras made fun of her.

As the day progressed, an emotional moment took over when Bigg Boss announced that the housemates have received letters from their family. Much to everyone’s dismay, Bigg Boss announces the letters as a route to win captaincy. The housemates were asked to either walk over someone’s emotions and win the crown or be a true friend and give up the chance to be captain. Bigg Boss Post Office - the captaincy task had a post box in the name of Aarti, Shehnaz, Mahira, Asim, Shefali & Rashami, with a letter from their families along with a mix of empty envelopes. 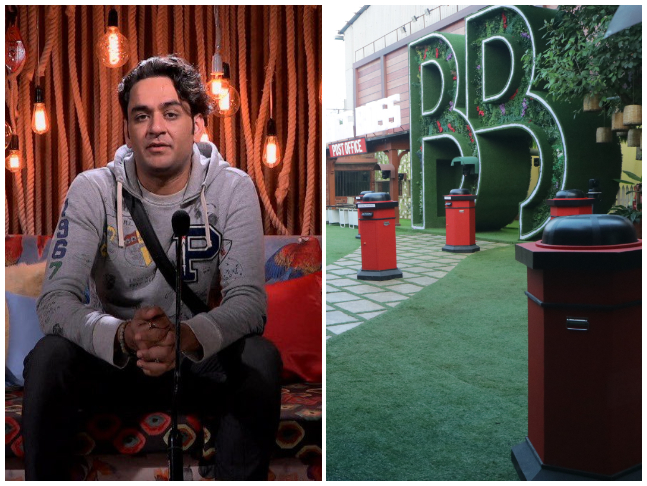 As soon as the game began, Rashami destroyed Shehnaaz’s letter, making her tell the camera, “She has been calling me weak but treats me as her competitor.” Asim later shredded Arti's letter and made her cry. Due to her conversation with Parag and Asim, Shefali was then asked to destroy the letter herself. As she destroyed it, Shefali said, “I just wanted to do good for you guys.” When Bhau got Rashami’s letter, he announced he would want to see a smile on her face and handed it over to Rashami. However, Vikas snatched it from her and tore it in the shredder. Later, when Bhau’s letter came, Shefali shredded it and seeing this, Mahira told him, “I am just waiting for my letter to be tore down. I will ensure no one becomes the captain.” Shefali soon apologised to Bhau but he was hurt. Shefali and Asim then got into a quarrel.