The Great Indian Murder Review: Pratik Gandhi’s and Richa Chadha’s web show is a riveting murder mystery that will keep you guessing till the end 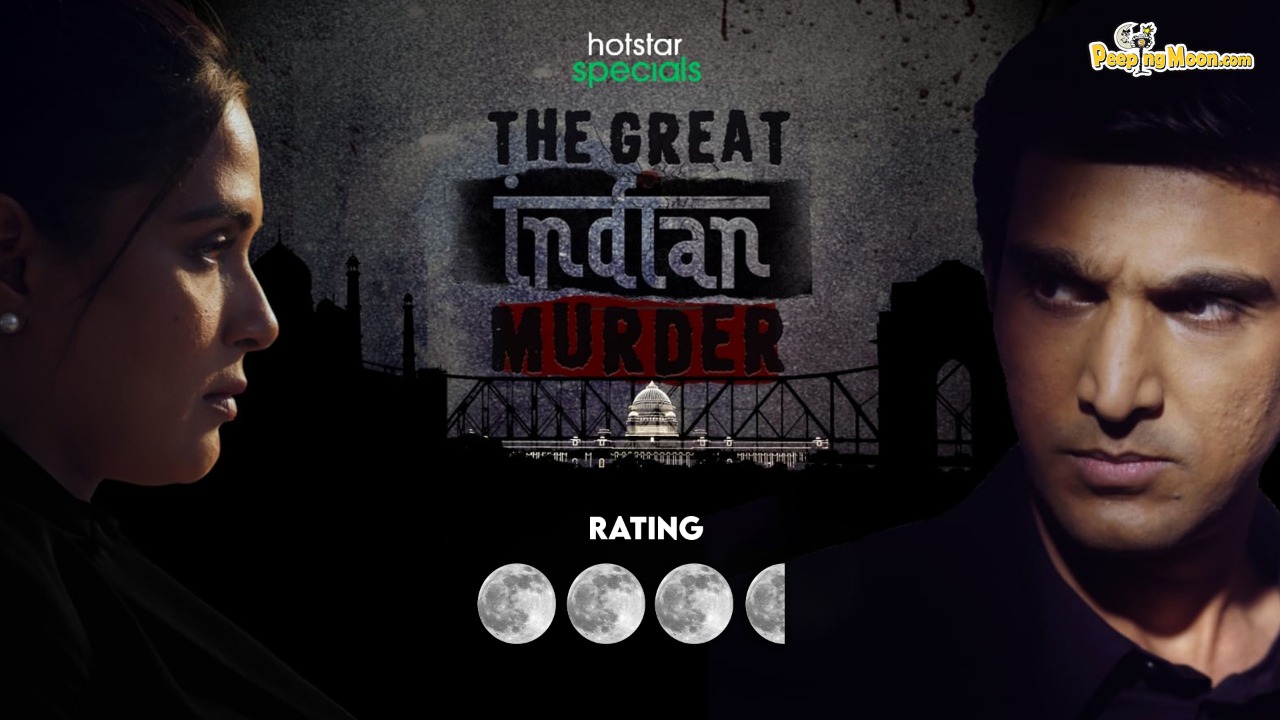 We all love suspense thrillers and if there is a murder at the core of it then it comes as a cherry on the cake. The Great Indian Murder is a web show adapted from Vikas Swarup’s best-selling novel Six Suspects and directed by Tigmanshu Dhulia. Headlined by Pratik Gandhi and Richa Chadha, the show boasts of a stellar ensemble cast that includes Ashutosh Rana, Paoli Dam, Shashank Arora, Vineet Kumar, Raghubir Yadav, Sharib Hashmi, Jatin Goswami, Parineeti Seth, Kenneth Desai, Rucha Indamdar, Amey Wagh, Rushad Rana and others.

The series follows the murder of Vicky Rai (played by Jatin Goswami) at his own high-profile party which was thrown to celebrate his acquittal by the Supreme Court in a brutal double murder case. Vicky’s father Jagannath Rai (played by Ashutosh Rana) has been instrumental in getting him cleared in the case but has his own agenda against his ruthless and ungrateful son. The police rounds up six suspects with guns in their possession from the party with their own personal baggage. However, everyone in this show has a motive for murder even though they do not have a gun on their person and thereby hangs the tale. 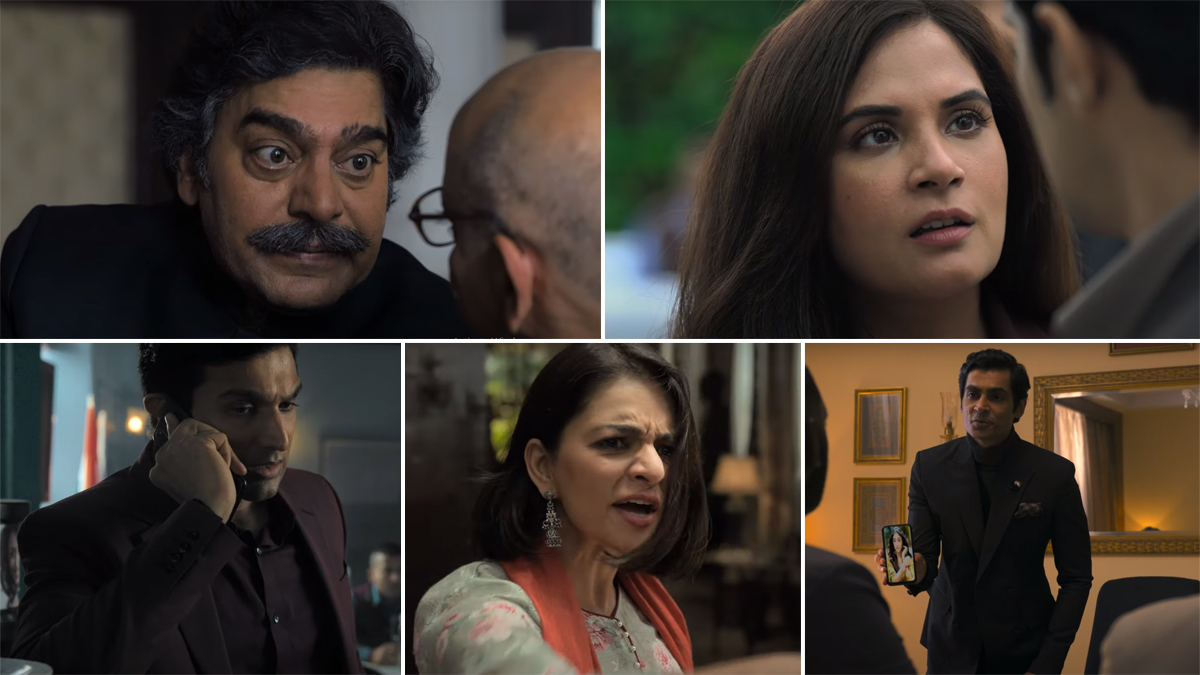 The Great Indian Murder is a riveting thriller with layers and delivers a gripping drama into the lives of corrupt, powerful and ambitious. The politically-motivated murder investigation is handed to CBI officer Suraj Yadav (played by Pratik Gandhi) and DCP Sudha Bharadwaj (Richa Chadha) who has investigated Vicky Rai’s previous case as well. They are tasked with uncovering the mystery surrounding the murder but they are no allies, they have their own sweet motive to fulfil. 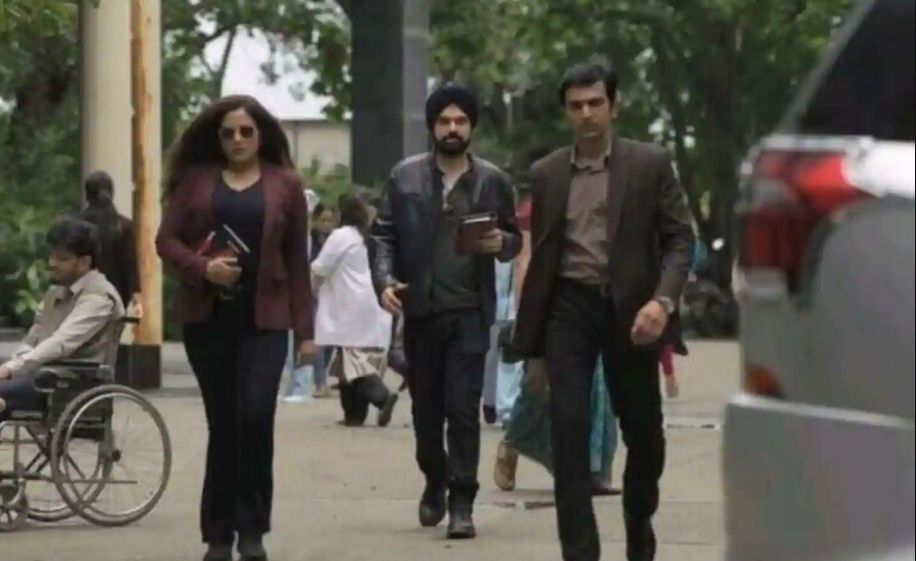 The Great Indian Murder’s highlight is its performances from its impeccable cast. Pratik Gandhi, fresh from his Scam 1992 success delivers another solid act. He is sharp, funny, demanding, and authoritative and an opportunist all rolled into one and does not disappoint. Richa, on the other hand, is tough, ruthless and determined. She proves yet again her acting mettle. Ashutosh Rana, as always impresses with his commendable act. He is calculative, endearing, power-hungry and holds his own in every scene. Vineet Kumar deserves a special mention for portraying a cautious and the most-cunning and sly politician who knows how the game works. Paoli Dam serves well as the catalyst. Shashank Arora is a surprise package with his backstory. Mani PR as Eketi will make you root for him and you wish he soon gets out of the cycle of events that plague his life. The Great Indian Murder becomes unbelievable when Arun Deshmukh (played by Amey Wagh) as an impish journalist manages to stay out of the radar in this social media and technology infested world. The reasons he gives when he goes on a date with a woman who follows him on social media makes you scratch your head, that how is this even possible.

Director Tigmanshu Dhulia has once again created a gripping story garnished with his stellar craft. With co-writers Vijay Maurya and Puneet Sharma he has superbly adapted Swarup's novel to the Indian mileu. The show keeps you engaged and keeps the suspense till the very end with every character getting their development graph.