Advertisement
HomeWEBCASTWebcast ReviewsKapil Sharma I’m Not Done Yet Review: Netflix’s standup comedy special will appeal only to the comedian’s loyal fan base

Kapil Sharma I’m Not Done Yet Review: Netflix’s standup comedy special will appeal only to the comedian’s loyal fan base

Kapil Sharma’s debut standup special for Netflix, I’m Not Done Yet, is testimony to his trademark sense of humour- self-deprecating jokes about his humble beginnings, problems with English and the stuff we see on his comedy show on TV. However, here in a standup special it just does not cut the ice and his attempts at stand-up comedy come out as boring, lacklustre and done-to-death. His co-stars from the show are not here to provide support through their comic abilities but can be seen sitting as guests in the audience. 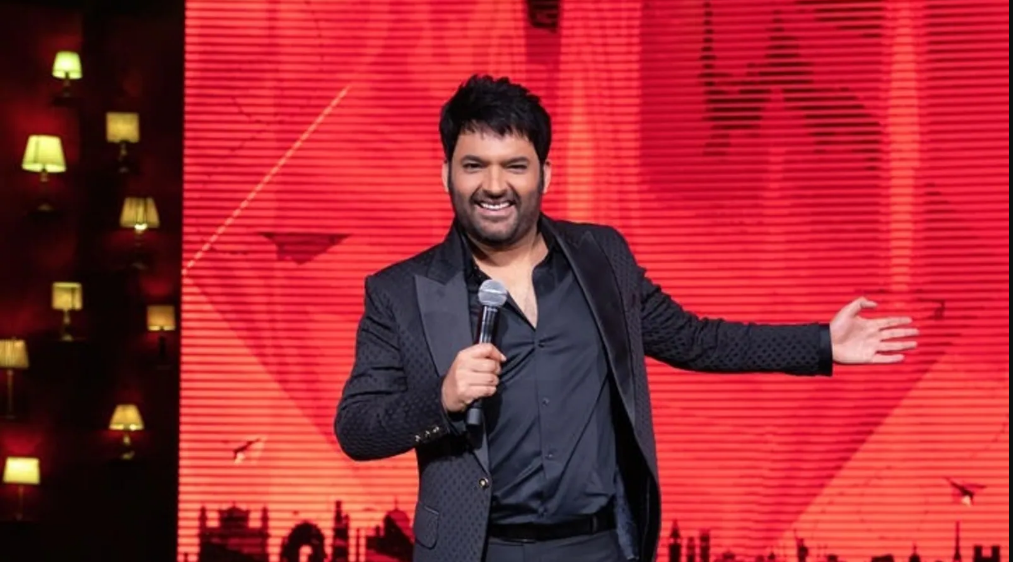 The comedian resorts to speaking about his infamous drunk tweet to PM Narendra Modi about paying an annual income tax of Rs 15 crore and how he went into depression after that, spent Rs 9 lakhs in the Maldives to let the press die down. He talks about conversations with his therapist and drowning himself in bottles of Jack Daniel, Johnny Walker and Abolut. There is a serious lack of wit in Kapil’s act and it shows as he is more skilled at sketch comedy than stand-up. His spontaneity on comedy shows that makes him such a hit is completely at odds when it comes to stand-up comedy where every punch, every pause and every reaction needs to be rehearsed.

He also takes the name of Rahul Gandhi but sadly misses the point of political comedy. Kapil even stumbles over his ‘poverty’, about being poor and then about being relatively less poor and mocking the middle class way of life, which is just not funny at all. Kapil Sharma: I’m Not Done Yet is a recap of the comedian’s life, told by himself with some added sprinkle of salt and sugar, albeit his punches do not land. Watching him you get the feeling that he did not rehearse enough or did not bother to go through the material handed to him for his so-called comedy act.

He resorts to basic stereotypes like taking a Kingfisher flight and calling it ‘chilled’ because it is from ‘beer banana walon ki hai na’. He also talks about his love story with wife Ginni Chatrath and she at least provided some semblance of a comic element with her comment.

Kapil Sharma: I’m Not Done Yet finishes off with a song- in English-sung by the comedian. While he deserves applause for his attempt the song is one of the most-cringe worthy tracks ever streamed. This special does not having anything special about it except the fact that Kapil can laugh about his tweet to PM Modi.

Kapil Sharma: I’m Not Done Yet will appeal only to his loyal fan base and since it is huge, there is nothing much that Netflix will lose sleep over.