It is a universally known fact that love knows no boundaries. Be it the college wala pehla pyaar or the adult intense shiddat wala pyaar, we leave no stone unturned to make our prem kahani amar. In Kunal Deshmukh's intense hardcore romantic film Shiddat, Sunny Kaushal, Radhika Madan, Mohit Raina and Diana Penty highlight the meaning of true love that can conquer all obstacles.

Shiddat takes us straight to the wedding of Gautam(Mohit) and Ira (Diana). Madly in love with each other, Gautam's promise to Ira makes us believe in true love. For them, their French class played cupid. Gautam is a dutiful and disciplined officer of Indian Foreign Services whereas Ira runs an NGO. Most desi guys in their 20s often gatecrash wedding ceremonies to savour good food and dance their hearts out. Similarly, our desi munda Jaggi's first encounter with Gautam and Ira happens at their wedding reception. However, they are whacked out of the ceremony. Little do Jaggi and Gautam know that they are going to play a key role in each other's love stories. Shiddat then takes a 3 years leap and the focus is now on the second side of the coin. We delve deeper into Jaggi's carefree life in which he has love and passion in abundance. Jaggi is a professional hockey player who is participating in the All India Sports Meet. One day, he chances upon a 'hot girl' named Kartika (Radhika) and photobombs in one of her selfies. Kartika is determined to find out who the photobomber is. She sneaks into his boys' hostel, just to find him without any clothes on. Flaunting his 'naked butt', Jaggi, in his carefree element, poses for a selfie with Kartika. (Yes, Sunny has gone butt naked for the film!)

Kartika, a professional swimmer, is also participating in the All India Sports Meet. With passing days, Kartika and Jaggi grow inseparable, sucking us into their cute and innocent love story. However, it is shown that Kartika's performance deteriorates due to the pressure of competition. She then decides to train with Jaggi. Hereon, their bond strengthens and we see them go under the sheets too.

Kahani mein twist. Kartika, born and brought up in London, is expecting her parents as spectators on the final day of the All India Sports Meet. While one will be under the impression that Kartika and Jaggi are made for each other and fit like pieces of a puzzle, it is revealed that her parents have arranged her marriage with a London-based boy. Jaggi is unaware of this until Kartika's parents invite him to the wedding. 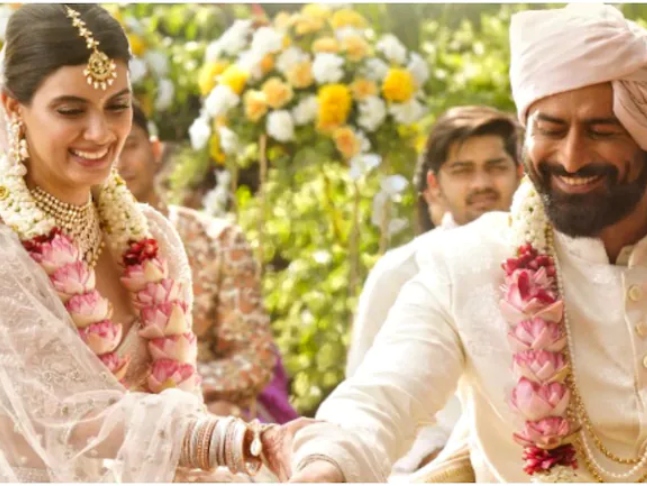 A heartbroken Jaggi who dedicated himself to Kartika, confronts her. She confirms that their relationship can't be taken further, Jaggi is hopeful that he'll reclaim his love with his honesty and willpower. When Kartika says she doesn't believe in the institution of marriage and her alliance is just an arrangement, Jaggi takes up the challenge to show her that marriages can be beautiful and successful too.

Kartika agrees to marry Jaggi but only on one condition. She asks him to fly to London before her wedding day and promises to elope with him. Jaggi accepts the challenge. Cut to three months later: To win back his love, Jaggi takes into consideration all possible ways of reaching London. However, his plan hits a roadblock in Paris after he is put in a detention camp for illegally trying to cross borders. Here, he meets Gautam, who advises him to not chase Kartika.  In Paris, Jaggi and Gautam get to know each other well. In Jaggi's journey hereon, Gautam plays an important role. Several chapters of his love story also open up. But what happens to Jaggi and Kartika's love story, we'll get to know in Shiddat.

First things first, where was Sunny Kaushal all these years? He is a revelation as Jaggi. Just like a breath of fresh air, Sunny adds life to a rather basic plotline that Bollywood has explored in some or the other form in the past. He carries Shiddat on his able shoulders and gives us a Jaggi to remember for long. The actor channels a never seen before passion with cuteness and innocence. Owning the film to the T, Sunny has shown immense improvement in his craft. Be it his playful and carefree attitude or scenes that highlighted the character's shiddat wala pyaar, Sunny has transformed himself completely. His emotions are genuine, and that's what steals the show. Unlike most actors in Bollywood, Sunny gets his Punjabi dialect perfect. In totality, there could have been no better Jaggi than Sunny. He steals the thunder, quite literally.

After Sunny, the actor who demands attention is Mohit. This is his second Bollywood film after Uri: The Surgical Strike and the actor has nailed it once again. Mohit's Gautam is balanced, and an antidote to Sunny's high on energy Jaggi. It is sad that Mohit and his character weren't highlighted much during promotions. The third strongest pillar of Shiddat is its music by Manan Bharadwaj, Sachin-Jigar and Gourav Dasgupta. It is soul pleasing and enhances the vibe of Shiddat. 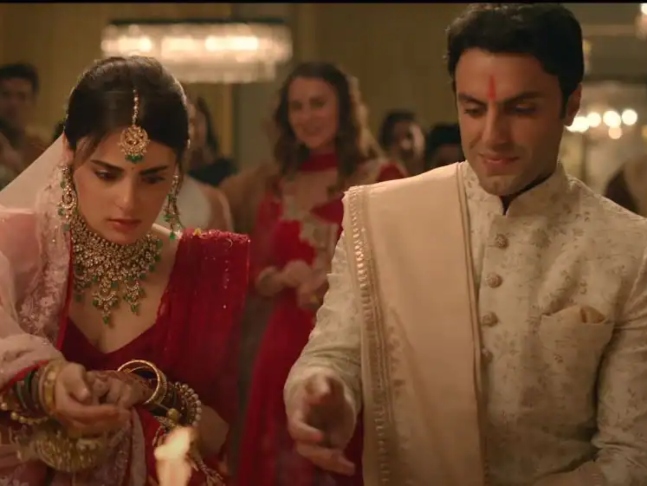 Diana's standout film was Cocktail and now, years later, she is back with a bang in Shiddat. There is no doubt that Diana, if given a good character, can perform beautifully and Ira is one. In a brief and rather insignificant role, Diana shines. We wished to see more of her in Shiddat.

Radhika, who looks gorgeous in her proper heroine wala role, gets the weakest character. Though Kartika is the lead character and goes hand-in-hand with Jaggi, she doesn't get enough opportunities to put her talent to display. The character is half-baked and Radhika, being the powerhouse performer, deserves better.

The story of Shiddat is pretty basic. It resembles many other Hindi films we have watched in the past. Though it struggles to offer something new, the climax does manage to keep you hooked. The climax is quite relevant to the current times and one must have watched a similar scene on news channels recently. But Bollywood is yet to offer something like that, and mind you, keep your tissues handy! Due to a basic story, director Kunal doesn't have enough scope to excel. But, with whatever he had, he has managed to do a decent job. The cinematography by Amalendu Chaudhary is decent. Editor A Sreekar Prasad also gives his best on the edit table.

Shiddat is out and out Sunny's show. Due to an OTT premiere, the film will get a wider reach and a pan-India audience will finally get to see what an impactful performer Sunny is. He is rugged, macho yet cute. Over the years, Sunny has often been compared to his elder brother Vicky Kaushal who gained immense popularity after Uri: The Surgical Strike. Now, Shiddat will set Sunny apart. It can be finally said that the Sunny Kaushal has arrived, Shiddat se!