We are always reminiscing about our childhood and those carefree days spent with school and college friends, so much so that films like 3 Idiots, Chhichhore, Rang De Basanti, Rockford, Jo Jeeta Wohi Sikandar, Kuch Kuch Hota Hai have become a part of our popular culture. Besides pursuing academic qualifications, schools and colleges also teach us a ton of things about life, its struggles and prepare us to face the challenges that our adult lives will throw at us. This is exactly what is the theme of Hostel Daze Season 2 that features  Shubham Gaur, Adarsh Gourav, Luv Vispute, Nikhil Vijay, Ahsaas Channa, Harsha Chemudu, Ayushi Gupta and Sahil Verma in the lead.

Directed by Amir Musanna and Sangram Naiksatam, Hostel Daze 2 is the much awaited sequel of the 2019 release Hostel Daze that focuses on the life of a group of young adults living in an engineering college hostel and it lives up to the hype with its comedy and drama. The series takes off from where it ended in the first season, the freshers are now the seniors and in their second year and have to stand up to take their juniors under their wings through ragging, guidance and mentorship. However, not all is a hunky bed of roses as the seniors realize much to their own loss. The 30-minute episode gives hilarious incidents highlighting the anxiety of the newcomers as they are pranked and ragged by their seniors. 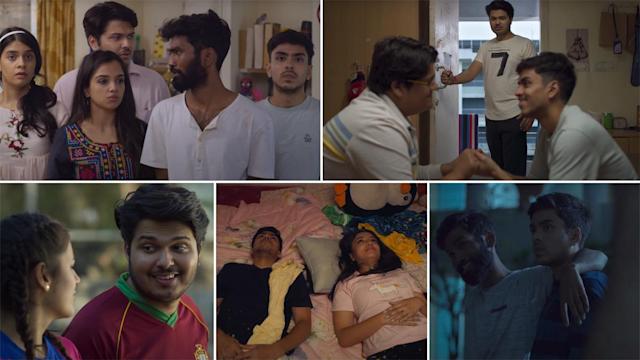 Adarsh Gourav as Ankit, and Nikhil Vijay as Jatin aka Jhantoo keep the humour intact in the series with their banter and hilarious one-liners. On the other hand, Ahsaas Channa aka Akansha and Ayushi Gupta as Nabomita portray their parts well with giving a true-blue account of what transpires in a girls’ hostel. The Disciplinary Committee aka DISCO adds their own quirk in the series giving enough instances for a major laugh.

Directors Amir Musanna and Sangram Naiksatam manage to keep the interest level of the audience intact with their taut and crisp direction. The series does neither loses its grip nor its humour as it progresses which makes it commendable. Hostel Daze season 2 deals with the usual problems plaguing youngsters like love affairs, bro codes, sis codes, overcoming breakups, dealing with ragging and leaving away from family in a hostel and much more. The series is interesting and engaging and does not disappoint. However, the series will appeal to the young generation and the 90s kids who are still nostalgic about their childhood will like the show. So if you want to relive your college life then go watch Hostel Daze 2.