Haseen Dillruba takes us along the journey of Rani Kashyap (Taapsee) and Rishabh Saxena (Vikrant Massey) aka Rishu. Rani and Rishu are two different sides of the same coin. While she is a modern and independent girl from Delhi, Rishu is a simple engineer from a small town called Jwalapur. After facing rejections, Rishu finally finds love in Rani, who isn’t very keen on marrying a small-town suitor. However, he wins over her heart and they get married. Soon after their wedding, sparks fly. Rishu’s mother expects her to do all the house chores and be a ‘homely’ daughter-in-law and this doesn’t sit down well with Rani. As the mother-in-law and daughter-in-law keep clashing, Rani wants to satisfy her sexual desires and tries to seduce Rishu, who refuses to show any interest. His not-so-passionate approach towards consummating their marriage dampens the passion in their newly married life. Rani and Rishu’s relationship hits another rough phase when the latter’s cousin, Neel (Harshvardhan) enters the picture. A hot and dashing guy, Neel gives Rani the attention, command, respect and pleasure she has been seeking from her husband. She has sexual relations with Neel.

After Neel has gone back, Rishu learns about the relationship. As his marriage with Rani begins leaving a sour taste in his mouth, Rishu gets killed in a mysterious blast at their residence when Rani isn’t home. Rishu’s body is completely charred; his hand with Rani’s name tattooed is the only evidence left. A team of police led by Kishore Rawat (Aditya Srivastava) suspects Rani of murdering her husband. She defends herself claiming her innocence. As the investigation proceeds, new chapters of Rani, Rishu and Neel’s love triangle unfold gradually over a period of 2 hours 15 minutes. 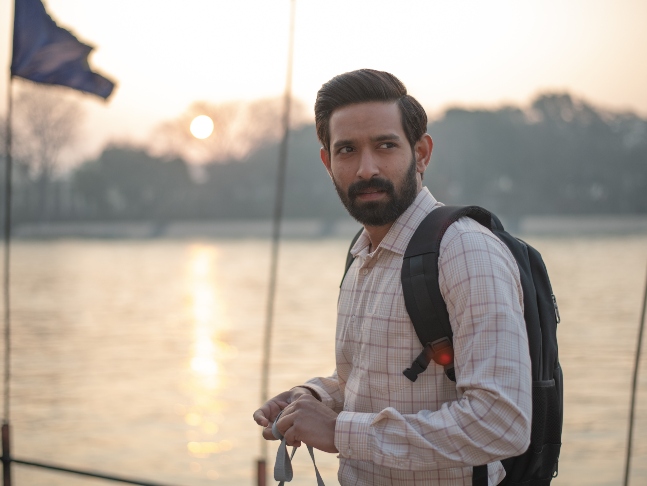 Vinil Mathew, who directed the light-hearted and sweet film Hasee Toh Phasee (2014), has returned with his second directorial, Haseen Dillruba. Taking a fresh approach from his directorial debut, the Netflix film is thrilling, engaging and keeps you guessing till the end. His approach is smart and fresh and lays its foundation on the term-love. Vinil gets his actors to sink their teeth deep into their characters. Thrillers are tough to execute and Haseen Dillruba is a great watch, thanks to Vinil’s near-perfect direction with a fresh take. It is fast-paced and edgy with a fair dash of humour.

If the director is the spine of a film, the writer is the heart who pumps impactful characters with tight narrative, engaging screenplay and powerful dialogues into it. This work in Haseen Dillruba is done by Kanika Dhillon. An advocate of strong female characters, Kanika touches upon the regressive mindset of some small-town people who never think twice before calling a modern and independent woman ‘neech aurat’. Calling daughters-in-law ‘galat’ for not doing household chores isn’t a new thing in Indian society. Kanika highlights them smartly. The writer, deftly, weaves an ‘amar prem katha’ that teases you at various points but will keep you guessing till the end. 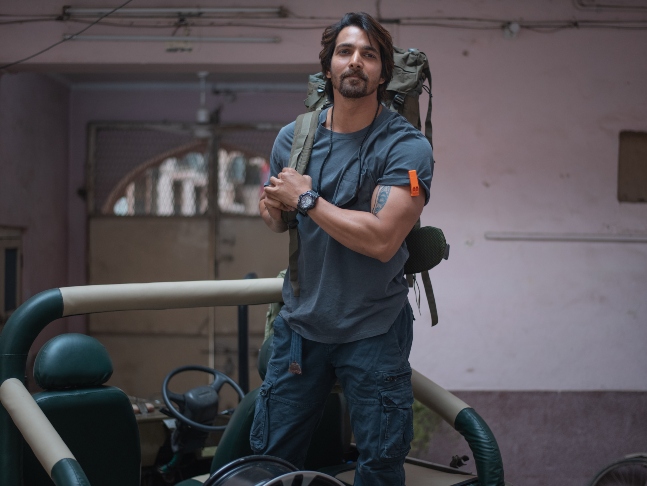 Vinil and Kanika’s characters aren’t sugar, spice and all things nice. They are anti-heroes in their own unique way. The best part is that they own their mistakes, like normal people, and don’t glorify wrong activities. Dialogues like, “She is a woman, she must be the murderer,” hit you hard and reflect the patriarchal mindset of many Indian men. Kudos to Kanika and Vinil for highlighting the scenario without adding extra gloss and sheen. Haseen Dillruba is a winner for mentioning Kanika's name first in the opening credits. That is a rare thing in Bollywood.

Taapsee has pulled off Kanika’s Rani to perfection. The actress made Rani a haseen dillruba who is hard to resist and deliciously good. Her character graph goes from a regular Delhi girl to a sexually driven wife, lover, ‘homely’ daughter-in-law to someone who realises Rishu is the best partner for her. Taapsee is incredible with her expressions and body language. She will surely change the definition of ‘homely’ now. Haseen Dillruba is a testament to how effortless Taapsee is as a performer. She never crosses the thin line between sensuality and vulgarity. 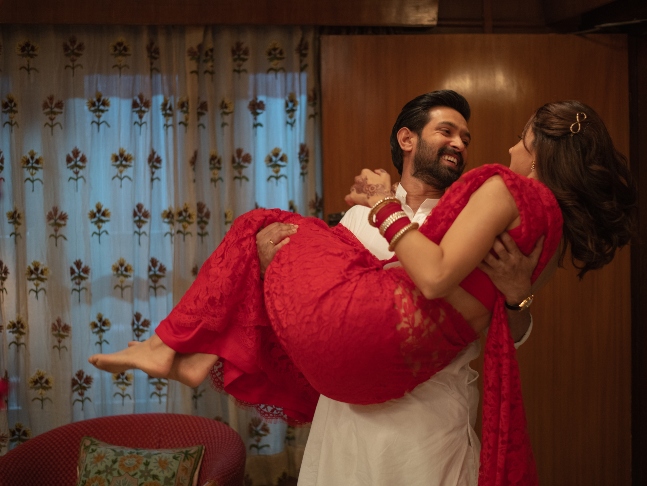 While Taapsee sets the screen ablaze with her act, Vikrant comes across as a major revelation. The actor has often been given chocolate boy roles and Rishu is on a completely different tangent. His character arc is completely different and a surprising one. While you want to believe that Rishu is a simple, sweet and harmless guy, there is more to him than what meets the eye. The smile on his face, which has the potential to kill a million, can send shivers down your spine. We hope to see Vikrant in such edgy and meaty roles.

Harshvardhan has a brief role as compared to Taapsee and Vikrant but that doesn’t deter him from giving a remarkable performance. As Neel, Harshvardhan looks hot and dashing. He adds weight to the character sketch with his expressions. We did want to see more of him in the film. Aditya Srivastava, who is best remembered for playing the role of Abhijeet in the TV show C.I.D, has a brief yet good role. It would be great if we could see more of him. Dayashankar Pandey, an ace actor, has been wasted. 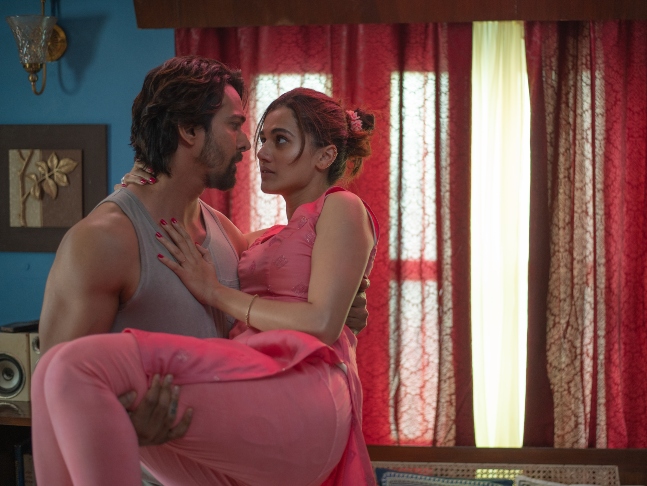 Music plays an important role in every thriller and Amit Trivedi has done a commendable job. While most of the songs are easily forgettable, Dil Melt Karda is a catchy and memorable tune. The cinematography by Jayakrishna Gummadi is brilliant. Editor Shweta Venkat keeps Haseen Dillruba crisp and to the point.

Haseen Dillruba is one of those thrillers that will keep you warm and cosy on a rainy weekend. Taapsee, Vikrant, Harshvardhan, Vinil and Kanika spin a web of love, lies, deceit and conspiracy. With unpredictable twists, majorly the climax, the film is a must-watch with your loved one. Grab a tub of popcorn and celebrate the beauty of cinema.