The 5-episode series takes us through a journey of the Kabaddi franchise hustling through the 7th season of the Pro Kabaddi League. Trying to make ends meet, the players and their families work hard and make sacrifices to reach this stage in the game.  Witness the struggles, the pain, and the team’s ultimate journey towards success through Abhishek's eyes. As he says, "winning matters but the journey matters more".

A well-captured and directed sports series, Sons of the Soil takes us on a complete rollercoaster ride of emotions for fans of the game and the team. Giving us a behind the scene, locker room view of the intensity and depth of emotions, the series is gripping. Right from the adrenaline before the game to the smiles or disappointment after putting in their all, a lot can be witnessed. The unscripted sports docu-series follows a natural storyline. However, it comes as a treat only for the sports lovers. 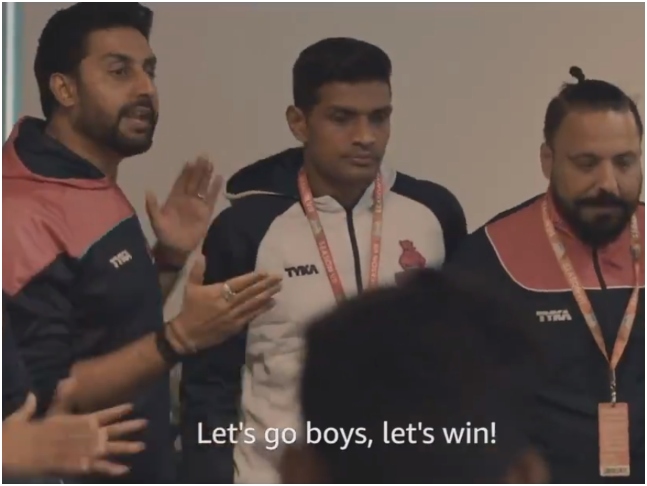 Starring Abhishek Bachchan and his Jaipur Pink Panthers team as themselves, Sons of the Soil dives deep into the team's struggles, determination, courage, hard work and passion.

The background score, music, screenplay and cinematography is to the point in the series. Due credit to director Alex Gale for capturing every emotion, effortlessly.

Watch Abhishek Bachchan's rise and fall with his Kabaddi team if you are sports-enthu.