Mishra’s adaption Serious Men is a satirical take on the aspirational India, class divide, and the ever prevalent greed of politicians. Based on Manu Joseph’s novel of the same name Serious Men stars Nawazuddin Siddiqui in the lead. The story is about a poor man’s struggle to rise above his cast and class with some streetsmart moves. Nawazuddin, playing the role of Ayyan Man, a Dalit Tamil migrant living in the chawls of Mumbai wants to see his son live a life of privilege, opportunities and respect from all strata of society, and if in the process he has to resort to his cunning then it’s all fair in love and war, right?

Ayyan is haunted by the life of drudgery he leads. The hell-hole Ayyan is in is not only physical but also psychological. It reminds him of the oppression his family of manual scavengers lived through for generations. He is also haunted by the story that his grandfather died in a running train- someone whispered in his ears that he had accidentally boarded the first-class compartment meant only for Brahmins. Ayyan is street smart and holds a stable salaried job at the prestigious National Institute of Fundamental Research. He is a personal assistant to man-of-science, a Brahmin astrophysicist, Arvind Acharya (Nassar), one of the ‘serious men’ of the title. However, there is no love lost between them and the animosity runs deep. 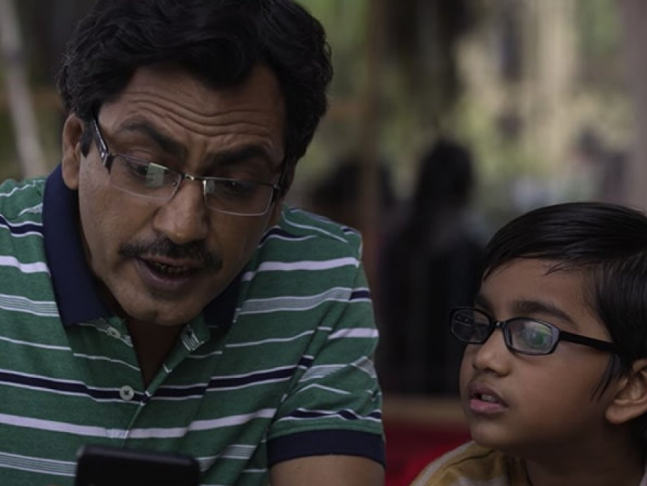 Ayyan is the first boy of his family to go to school but still is unable to get out of the looming shadow of his caste and class. However, as luck would have it, his son Adi (Aakshath Das) turns out to be a boy genius who has chemical formulae at the tip of his tongue and even get called ‘chota Einstein’ in the film due to his intelligence. Will Adi be able to break the glass ceiling and get himself and his parents out of the shackles with media trying to cash in on the prodigy and politicians trying to build a Dalit base? It appears that all is going smooth and will run its course until something happens and the serious men starts shaking up the building blocks they had started handing out. However, in all this tug-of-war the one person who bears the ramifications of the cruel world is Adi, who starts wilting under pressure. What’s commendable about Serious Men is the fact that it does not try to rescue its flawed characters and therein lays the beauty of the film. There are hardly any preachy dialogues or over-the-top characters to nullify the effect of the film.

Nawazuddin has once again aced his performance. He channels Ayyan’s rage into an emotion that we can empathize with. His single-minded devotion to alleviate his family’s life is relatable and commendable. He gets into the skin of the character as they were long-lost brothers and his expressions in the emotional and meltdown scenes will stir your heart’s deepest recesses. 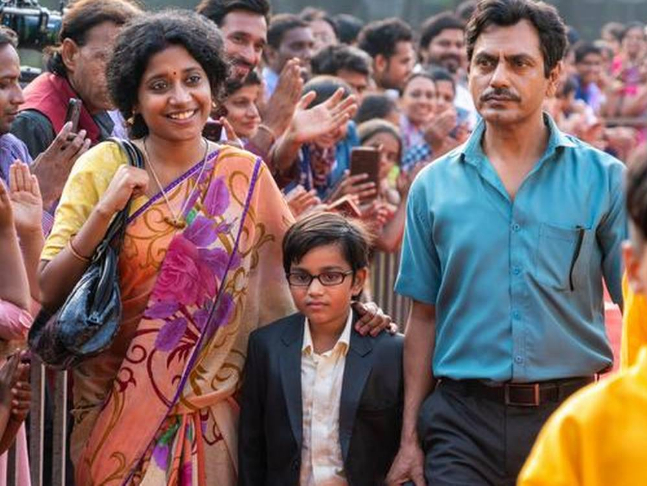 Standing shoulder-to-shoulder to Nawazuddin’s class act is Aakshath Das as child genius Adi. He lights up the screen with his performance. Indira Tiwari as Nawazuddin’s wife Oja is the god-fearing moral compass between the twisted father-and-son. She kind of balances out the megalomania the father-son duo is drunk upon. Shweta Basu Prasad as the Anuja is the poster child of oppression who is ready to take on the political scene with her Carnegie Mellon degree and her family legacy is under-utilized for an actor of her calibre. Veteran actors Nassar and Sanjay Narvekar (as the local Dalit leader and Anuja’s father) have little to do in the film other than safeguard their own vested interests. However, they still shine with nuanced and measured performances. 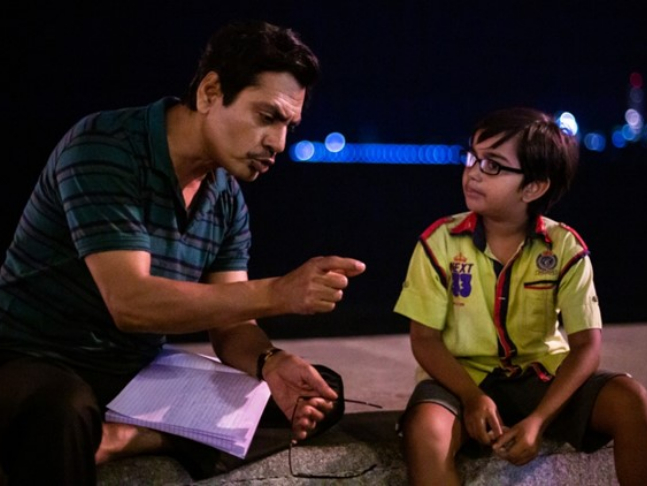 Cinematographer Alexander Surkala captures the murky bylanes of Mumbai, the skyscrapers and the contrasting slums with luminosity and lucidity. Karel Antonin’s music has the deep, meaningful ring to it that helps bring out the crux of the story. Sudhir Mishra’s direction is laudable, taut and crisp, but the screenplay tends to be predictable and loses its plot towards the end. Serious Men could have been an excellent social dialogue on societies’ prejudices, stereotypes and atrocities but fails to conclude on a high note.

Nevertheless, Serious Men is an entertaining watch and Ayyan Mani is the ‘real serious man’ of this interesting tale.