‘Brevity is the soul of wit’, but is not actually an essential attribute of cinema. We are generally offered 3 hours of cinema that a lot of times fail to impress. With short films, keeping the narrative intact, succinct, lucid and clear becomes an entirely different ball game that many filmmakers fail to grasp. However, Sudhanshu Saria with his short film Knock Knock Knock does not fall into this category. With only two characters at the forefront, writer-director Saria takes this challenge a notch higher. 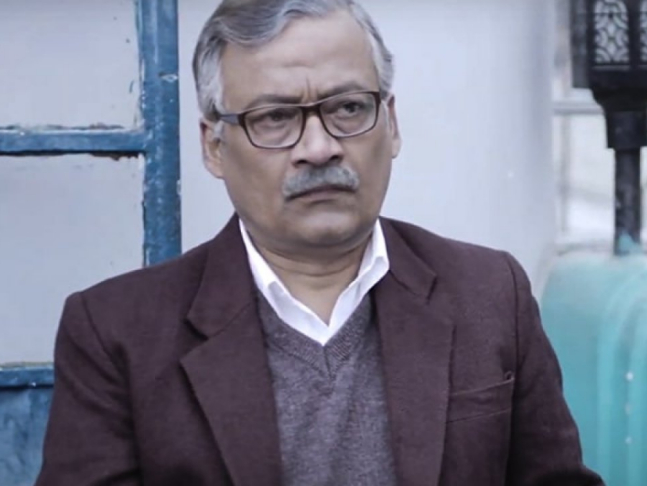 The film opens with Shantilal Mukherjee, addressed simply as Dada throughout the film, an elderly gentleman who takes off from Kolkata to Darjeeling every year to escape the grind and sits at a quaint little café in the hill station designing crosswords. His solitude and reverie is disturbed one afternoon when a young man, Phuden Sherpa as Keta notices the crossword he is meticulously creating. The young man tries to strike a conversation with the older man, fascinated by his creation. Dada, on the other hand is initially reluctant to befriend the 20-something tattoo-artist, but a connection based on wits and patterns is soon established between the two. 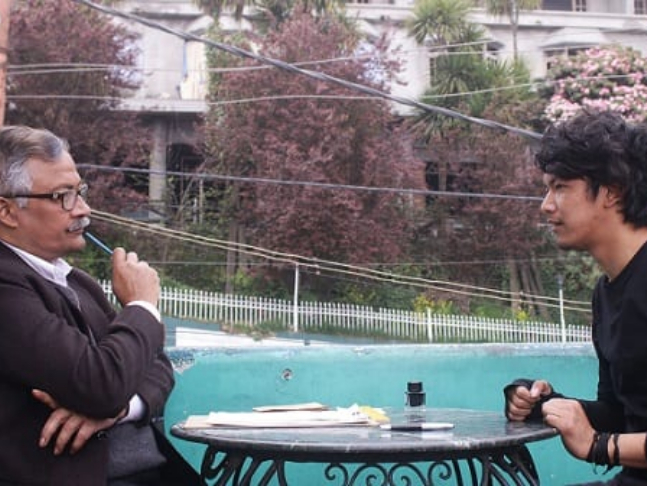 Saria presents the two men as strikingly similar as well as contrastingly different. The older man is adamant to keep the world at an arm’s distance while the younger man is eager to reach out. The film has a psychological subtext that works for the narrative beautifully. The two men completely devour their roles. The sadness and doubt that they carry inside themselves are palpable. 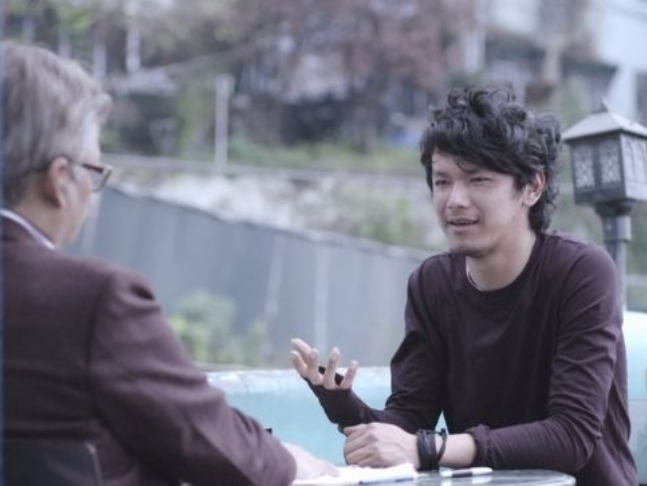 Shantilal Mukherjee, a veteran of Bengali cinema and television is phenomenal in his approach to showcase Dada’s complex mannerisms and moroseness. He holds the scene with gravity and authority and his taciturn and reticent demeanour steals the show. Phuden Sherpa balances his exuberance and his inability to fit in impeccably. Together the two actors present a very compelling film that is interesting and poignant to watch. Saria’s writing and direction is top-notch. He successfully defines his protagonists with ease in a very short span of time without resorting to any backstory and there lies his genius. His film brings to fore the acting prowess of two actors who are largely unknown to the rest of the country.

Achyutanand Dwivedi’s cinematography is pristine and exotic and he manages to capture the quaintness and sereneness of Darjeeling impeccably. His canvas lends the film its character. Knock Knock Knock makes one come to terms with their individual selves in just 38 minutes. The film is definitely worth a watch and is streaming on Mubi

‘I am a woman not a parcel,’ says Alia Bhatt as she slams media report claiming husband Ranbir Kapoor will ‘pick her up from UK’ following pregnancy announcement

Sidhu Moose Wala's team files FIR against those leaking his unreleased songs, says 'the first accused has been forgiven by his mother but we will not forgive next ones'