'Betaal' Review: Balancing mystery and horror, Viineet Kumar-Aahana Kumra give a chilling spin to the age-old fable tale of 'Vikram-Betaal'

Every Indian, in their childhood must have heard the tale of King Vikram and ghost Betal who rides on his shoulder guiding him through various situations. Drawing inspiration from the same ancient collection of stories, production houses Blumhouse Television, SK Global Entertainment and Red Chillies Entertainment gave a modern and unconventional spin to the title and presented a never-seen-before series titled Betaal. Starring Viineet Kumar, Aahana Kumra and Suchitra Pillai in the lead roles, this Netflix 4-episode series premiered today.

Clanging bells, chanting of mantra and fear dripping off the faces of tribals belonging to Nilja village, Betaal is set in the remote Campa Forest. The tribals, who are assumed to be Naxalists, are holding a dark secret that refrains them from allowing development activities in the region. Passing through a mysterious Betaal Pahad tunnel that belongs to Betaal, a demon, the state authorities appoint a team to construct a highway that connects the unfrequented village to the city. 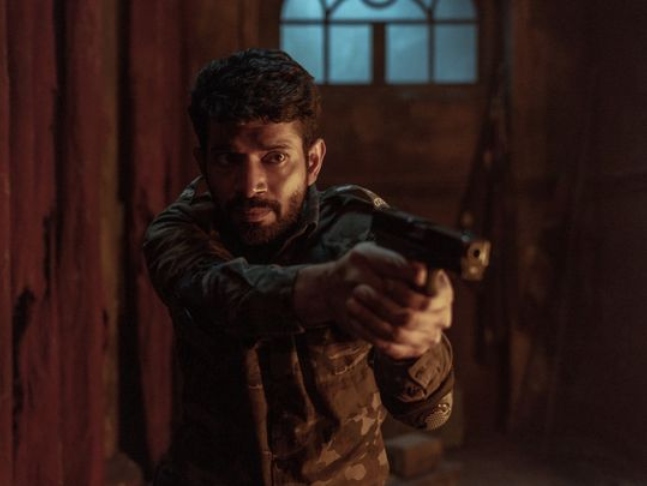 Ajay Mudhalvan (Jitendra Joshi) is looking after the development process and despite trying his best, the villagers envelop an air of enigma outside the cursed tunnel stalling the work. In order to please the authorities for monetary benefits, Mudhalvan calls the Counter Insurgency Police Department (CIPD) for assistance. Led by Commandant Tyagi (Suchitra), her team includes Vikram Sirohi (Viineet) who is the 'hero' of the Baaz Squad. His co-soldiers are DC Ahluwalia aka Ahlu (Aahana), Assad Akbar (Jatin Goswami) and Nadir Haq (Siddharth Menon).

Sirohi, who is Tyagi’s immediate subordinate and an admirer of her, needs one operation to his merit to become the head of the Baaz Squad. Agreeing to evacuate the tribals from the village for construction purposes, Sirohi along with his team invites unforeseen trouble from the devil himself. When the Betaal Pahad tunnel is set open, the entire region and country are unshielded against the undead army belonging to the East India Company reign.

Marshalled by Colonel John B Lynedoch, his battalion of blood-thirsty zombie are set loose. The undead army cursed by Betaal Devta foddering on human flesh set their target on the CIPD officials and those accompanying them. The only person the CIPD can rely on in the remote village is Puniya (Manjiri Pupala) a local who is acquainted and has the solution to guard everyone against the ruthless and blood-thirsty undead army. She warns Sirohi to stay away from those either shot dead or attacked by the zombies. She states that those infected by them will become a part of the battalion, leading to the strengthening of their army. 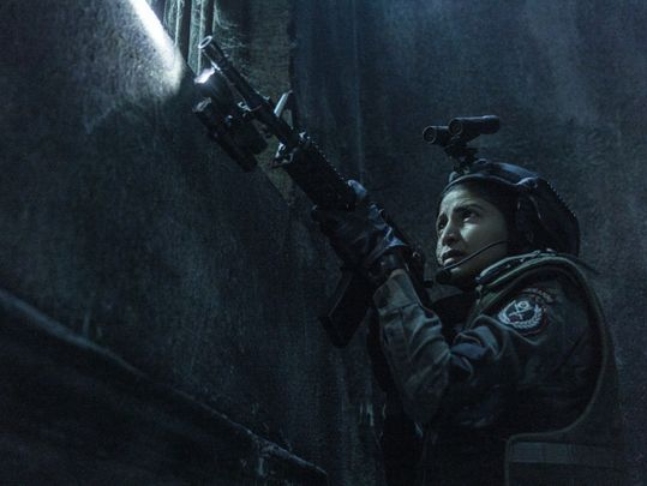 Protecting themselves against the zombies who receive guidance from Colonel Lynedoch or Betaal, Sirohi and his team are left with insufficient time to move from the isolated British Barrack to a safer place. Will Sirohi manage to vacate his team? Will the blood-thirsty zombies take the Baaz squad in their custody? These questions will be answered over a period of 4 episodes in Betaal.

Director Patrick Graham (of Ghoul fame) and co-director Nikhil Mahajan weave a tight, engaging and compelling narrative. With the backdrop of superstition teamed with an underlying message that greed, power and overconfidence can prove fatal, the mini-series is effective, unique and creates the right atmosphere for a brilliant zombie horror project. Betaal, unlike conventional horror films/shows offers a lot more and can be classified as one of India’s best.

Kudos to the writing department led by Patrick and Suhani Kanwar. Betaal is a masterpiece work from the two, thanks to the crisp writing that incorporated the right amount of suspense, chills, emotions with a dash of folklore and superstition. Each and every character is well sketched and holds their ground perfectly. 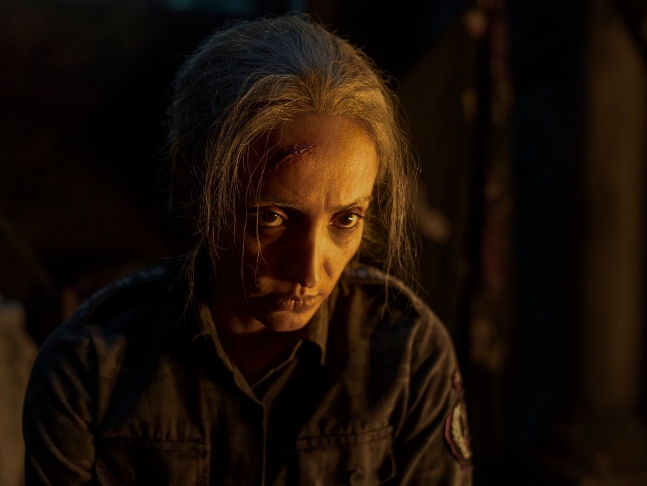 Viineet Kumar is a master of his craft and Betaal is proof. Holding a secret within, Viineet’s Sirohi is indeed the perfect hero of the show. He pitches in realistic work and shines brightly as the brave soldier. A human with feelings and ambition, Sirohi is battling is own inner demon and we absolutely loved him. Aahana Kumra delivers a stellar performance as DC Ahluwalia who is Sirohi’s well-wisher and constant support. While her character graph escalates at a steady pace initially, allow Aahana to display her stellar acting prowess in the later parts.

Betaal’s surprise package is none other than Suchitra Pillai. Her eyes do most of the talking and her gaze is enough to send shivers down the spine. Suchitra, with her years of acting experience, uses a certain body language that a nuanced performer can depict. Without revealing much, all we can say is Betaal sees the best of Suchitra.

Jitendra Joshi as the greedy and money-hungry Ajay Mudhalvan, Richard Dillane aka Colonel Lynedoch, Syna Anand as his daughter Saanvi and Manjiri Pupala as Puniya do justice to their characters and leave behind a positive impact. Siddharth Menon as Nadir Haq and Jatin Goswami as Assad Akbar get less screen time but they make the most of it. 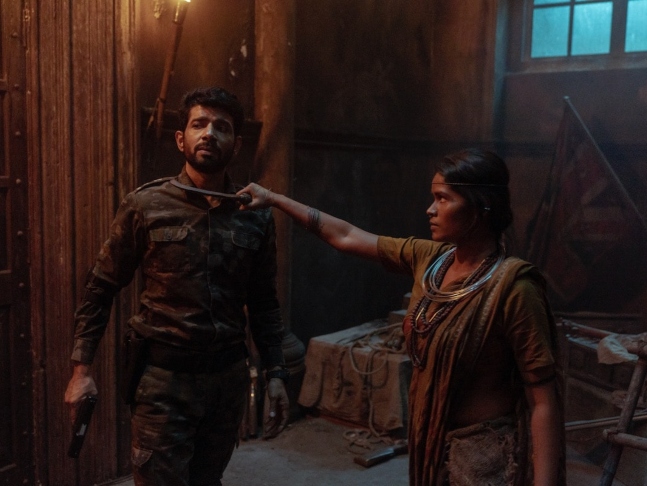 On the technical front, Director of Photography-Tanay Satam keeps the camera work sharp, crisp and neat. Giving adequate jump-scare and edge-of-the-seat moments, he has done a fine job in maintaining the eeriness throughout. Sound Designer Anirban Sengupta plays an important role in bringing out the desired effect. Betaal isn’t too jarring but perfectly balanced to keep you up the whole night, thanks to the sound department. Editor Abhijit Deshpande gives Betaal a fast pace and blends together the tale well on his editing table. A huge round of applause for Production Designer-Garima Mathur and Costume Designer-Shruti Kapoor for bringing in a realistic touch.

Betaal is an experience to be cherished. A never-seen-before concept teamed with perfect execution makes it a must-watch. With an open-ending for a potential sequel, we can expect that this series starts off a new trend in horror storytelling universe.

'Aarya' Review: Sushmita Sen hits the ball out of the park with her 'sherni' act as a strong matriarch in a taut crime-thriller

'The Casino: My Game My Rules' Review - Cash in your chips and exit soon as this Karanvir Bohra's and Mandana Karimi's series is a snooze fest from the word go!

'Axone' Review: Sayani Gupta’s and Lin Laishram’s film brings the truth behind discrimination faced by North East Indians in their own county