‘Season’s Greetings’ review: Lillette Dubey and Celina Jaitly starrer short film is like poetry which gently tugs at your heartstrings

The much-awaited Season's Greetings, currently airing on Zee5, opens with Lillette Dubey (Suchitra) reciting a poetic letter and it soon establishes her loneliness in life. The first shot itself will remind you of works of legendary filmmaker Rituparno Ghosh, to whom the film is rightly dedicated. Although Suchitra lives in a house ‘Utsab’, she contrastingly feels alone after being separated from her husband for 15 years.

The film then moves to establish the relationship between Celina Jaitly Haag (who makes her comeback with the film as Romita) and her live-in boyfriend Usmaan, played by debutant actor Azhar Khan. As the two make love, they very poignantly end up showing how different it is for a Hindu woman to fall in love with a Muslim man, considering their backgrounds. Their conversations revolve around socio-political issues but the soul tugging songs and beautiful background score easies the narrative. Soon, Romita decides to call up her mother Suchitra in order to introduce her to Usmaan and the doting mother, who only has music and dance as her companion, gets excited to finally have her daughter home. Just like every Bengali household, she makes sure to greet both with a five-course Bengali meal and a few glasses of wine while she tries to discover the love of her daughter’s life.

On the surface, it looks like Romita has a surprise for her mother, but it is instead the latter who has bigger surprises in store. The two end up unfolding their mysteries and the dichotomy between Suchitra and Romita is rightly established as the two confront each other. The climax is shocking as compared to the beautiful poetry the director Ram Kamal Mukerjee has tried to weave throughout the film. However, it will still manage to melt your hearts and the filmmaker makes you realize, in every scene, how fragile the bond of human relationship is. 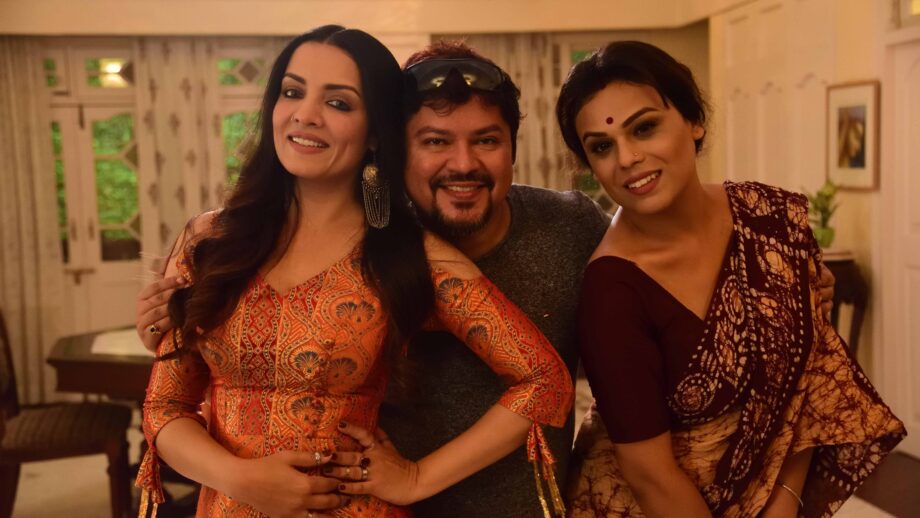 Coming to the performances, Lillette is a delight to watch as always as she plays the rhythmically balanced mother. Albeit, the surprise is Celina’s performance and we must say, her eyes do all the talking. Season’s Greetings can be called her best performance as an actor. Debutant Azhar does a moderate job and transgender actor Shree Ghatak (Chapala) plays a rather interesting role. Amidst all this, the film’s symphony will keep you hooked.

Last but not the least, the short film is like a breath of fresh air and a rather refreshing change from the usual dark web content. Adding a touch of nostalgia, it beautifully explores themes like inter-caste relationships, sexual freedom and abolishment of section 377. A must watch in this lockdown period.