Netflix is back with the fourth edition of its superhit series Money Heist aka La Casa de Papel in Spanish. Marking its place in one of the popular non-English franchise, Money Heist 4 starring Álvaro Morte as The Professor, Úrsula Corberó as Tokyo, Jaime Lorente Lopez as Denver, Alba Flores as Nairobi, Darko Peric as Helsinki, Itziar Ituño as Raquel, Esther Acebo as Monica, Hovik Keuchkerian as Bogotá, Rodrigo de la Serna as Palermo, Miguel Herrán as Rio, Pedro Alonso as Berlin, José Manuel Poga as Gandia and Najwa Nimri as Alicia Serria picks up from where the previous season ended. The third season concluded with a major cliff-hanger and the latest one answers many questions. Trust us, it will blow your mind!

The story that was left with Nairobi being shot, Raquel arrested and Professor declaring war against the administration while his plan was falling apart, continues with the gang trying to save Nairobi’s life. To know about the whereabouts of the Professor, Inspector Alicia Sierra quizzes Raquel Murillo who is now in custody. Amid this, Tokyo and Palermo get engaged in a power fight. Professor finally learns about his ladylove’s location and hacks into the investigation. With the heist, this time, not being an idea proposed by Professor, there are not many rules. Despite having no concrete plan, the Professors’ crew robs the Bank of Spain of all its gold reserve. 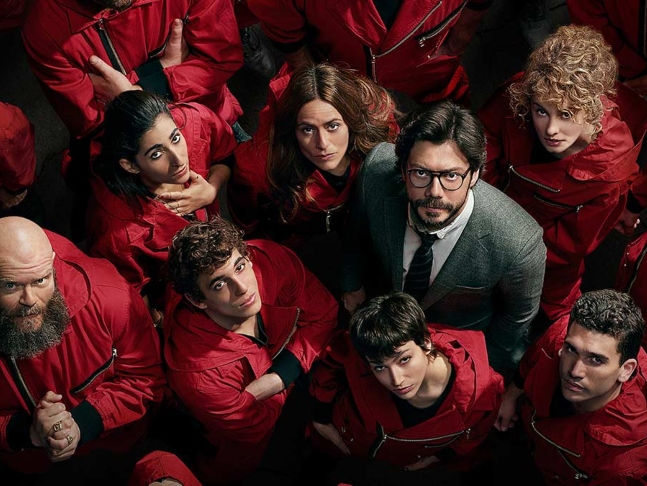 However, in Money Heist 4, we get to see a more humane side to Professor and has touched upon relationship troubles that has been putting the entire operation in a state of hassle. In addition to this, Money Heist delves deeper into Palmero’s characteristics of an inefficient leader. The scenario takes an ugly turn when it is proven that his loyalties are restricted to the plan and not the Professor.  The series here also focuses on Berlin’s backstory and also has traces of feminism that takes the centre stage.

Money Heist, along with arresting visuals, is loaded with action, politics and betrayal. The previous seasons were all about the unpredictable screenplay and Money Heist 4 doesn’t let the benchmark fall low. Providing a thrilling experience, the narrative pumps up the adrenaline rush. A number of subplots are merged in the series that goes to and fro into the past stringing events that are new and occurred before the Royal Mint of Spain heist. Eliminating the chance of creating confusion, the makers deal with this aspect well. Sequences between Gandia and the heist team are wonderfully executed. Performance-wise, scenes wherein the Professor has an emotional breakdown, Rio remembers the traumatic experience in Police custody and Berlin’s flashback portions are worth commemorating. The background is music keeps us hooked and visuals are eye-catching.

Álvaro Morte as the Professor has mastered his character. This time, he experimented with a different side to his character. Showing his human side was a refreshing change but a little more thrilling side to him was missing. Making way for Tokyo to steal the limelight, Professor’s character is best suited for Álvaro. Úrsula Corberó aka Tokyo is hands-down the best performer of this season. She adds a flavour of her crass wit along with sensibilities too. She attempts to do the best possible thing for those involved. 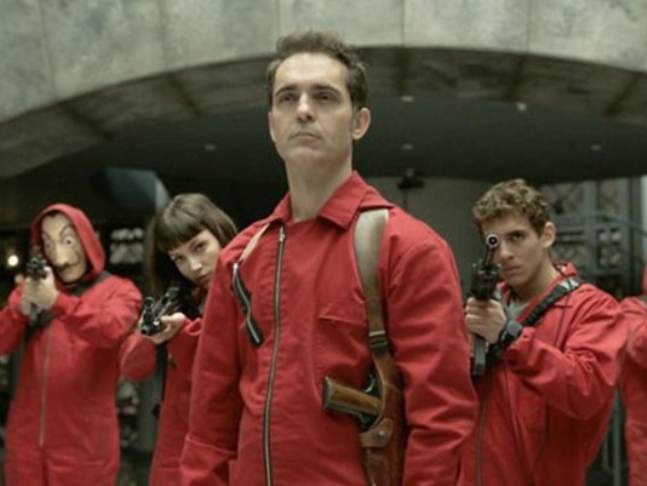 Money Heist 4 ups its pace with stellar action sequences and activities taking place so fast that even if you blink, a lot can be missed. As the fourth edition of the series has taken the benchmark higher, we can’t wait for season 5 but till then let’s keep singing ‘Bella Ciao’!

FOR NAIROBI, for sure!

Nawazuddin Siddiqui builds his dream house in Mumbai, names it 'Nawab' after his late father