Kajol was looking vexed. And sounding furious. She was on the phone. Pacing Enigma at the JW Marriott. Giving snappy instructions to her driver who was delivering gift hampers from the Devgns in the Christmas-New Year week. He appeared to be new to Mumbai. And didn’t know how to use Google Maps. It seemed he was willy-nilly searching for addresses. “He keeps calling me for directions from every turning, every signal, every crossroad,” Kajol fumed in exasperation. She was wearing a printed cotton Anarkali and floral dupatta, an Apple watch hidden beneath, Kolhapuris on her feet. I thought she looked quite sensational. Despite the stress associated with the release of a big-ticket film like the Devgns’s home production Tanhaji: The Unsung Warrior. It is a biographical period actioner and Ajay Devgn, with his killer look and unsheathed sword, is the courageous warrior Tanhaji Malusare who led the Maratha army of Chhatrapati Shivaji Maharaj into battle. Kajol, gorgeous in a Nauvari sari, plays his supportive and sacrificing wife Savitribai. The husband-wife actor couple was giving joint interviews in the countdown to the film’s release this Friday. I preferred to meet them separately. Together the Devgns would be quite a handful. Excerpts from the interview with Kajol:

Q. Was Tanhaji part of the history you studied in boarding school?

A. Tanhaji’s history was more spoken about for me than read. There was just a small paragraph on him in our history book. It was more about Chhatrapati Shivaji and the great Maratha wars. But my maternal grandmother Shobna Samarth and great-grandmother Rattan Bai, who were both Maharashtrian and in Hindi cinema, told me what an amazing man Tanhaji was in conversations we had at home. I was a child and have forgotten what they said. I have a lot of relatives in Pune and keep going there. I guess it’s more about what everybody has heard of Tanhaji than read or studied.

Q. Did Ajay want you as Savitribai because this is his 100th film and special?

A. When I came on board, Ajay didn’t know Tanhaji would be his 100th film. We were shooting and he had four films on the floor. So it was all about which film got finished first and released first. It could have been anyone. We really didn’t know. But thank God it turned out to be Tanhaji.

Q. You are a wife, mother and Shivaji loyalist in the film. But your scenes with Ajay are the ones you like best…

A. More than anything else I like the fact that Savitribai has a lot of things to say without being worried whether she’s relevant or not. Being relevant is such a big thing right now. Everybody’s into it. We all have these question marks about who we are, who we could be, and who we should be. The great thing about Savitribai is that she’s so very clear she’s a wife, she’s a mother, she’s a Shivaji loyalist, and she’s Tanhaji’s biggest support and knows it. She also knows for a fact that her belief in him matters to Tanhaji and it makes a difference to him. And I just love it that there’s an undiluted strength in knowing just who you are and what your place in the world is. 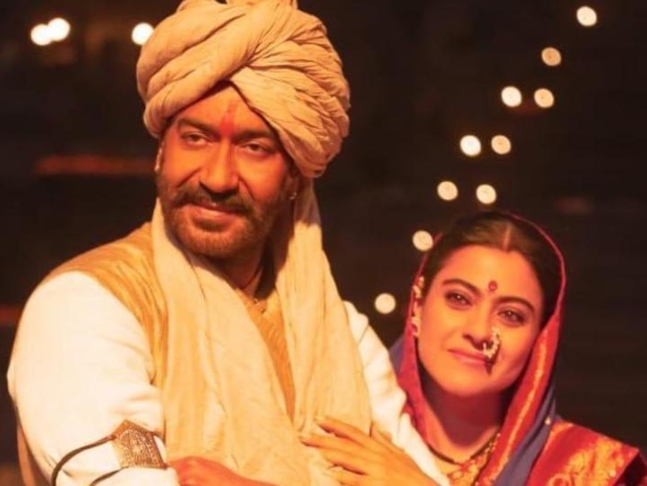 Recommended Read: The Mark Manuel Interview: It is a matter of pride that Ranveer Singh and Deepika Padukone are playing my wife Romi and me in ’83, says Kapil Dev

Q. The promotions for Tanhaji are hectic, the expectations from the film are huge, is there much pressure on Ajay and you to deliver?

A. I think promotions have got more to do with standing out in a shouting crowd. It’s just that there are so many people saying so many things on all these different promotional platforms that you need to scream a little louder to be heard and seen a little more to stand above the crowd.

Q. Is the poor reception to Panipat, another period war film, and the fact that you are coming with Chhapaak and Darbar a cause for concern?

A. I think you’re always scared, no – nervous, when releasing a film of your own. It is going to burn your pocket if it doesn’t do well. It is going to give you a few sleepless nights and ulcers in your stomach. That’s part and package of producing a film. Regardless of whether you’re coming with somebody or not. Whether you’re doing a period film or not. I think the pressure is the same. It is intense. It is scary. It is like putting your firstborn up for public scrutiny and asking for an opinion. 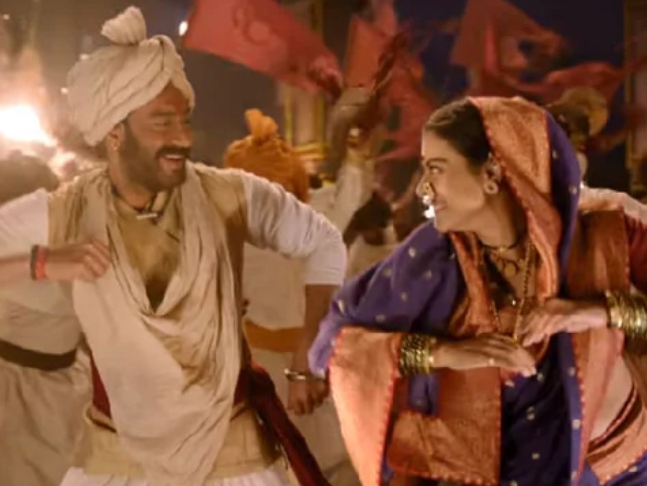 Q. Renuka Shahane while working with you on the web series Tribhanga said you had been underutilized as an actress…

A. I would like to think she meant I’ve not done too many films. Renuka knows exactly how lazy I am. Ajay’s done 100 films. And I probably 35. We started at almost the same time. So you can imagine how much harder he has worked than me...

A. I did, but I don’t know if I deserved it several years before him…

Q. Still, that’s a feather in your cap. 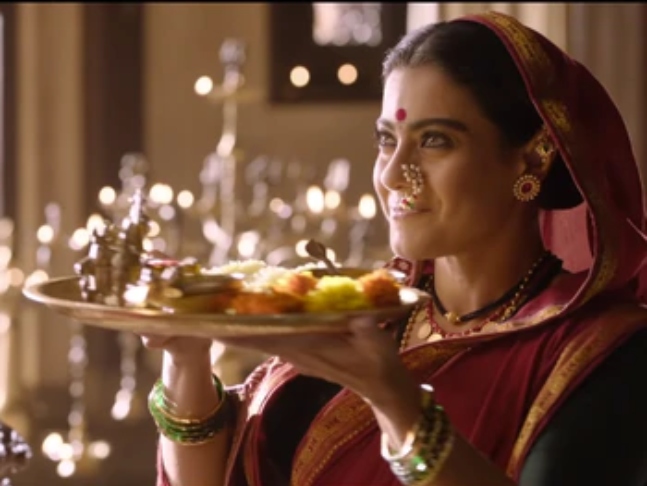 Q. What helped you in playing Savitribai’s role? Your Maharashtrian pragmatism or your Bengali temperament?

A. Both. I think it is my Bengali imagination with my Maharashtrian practicality that gave Savitribai the strength to soar.

Q. Were you disturbed by the fact that Tanhaji dies at the end of the film? 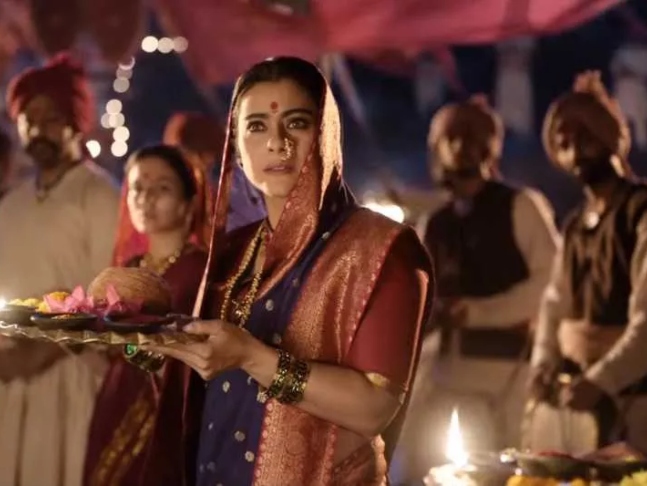 Q. Bollywood is full of talented young newcomers today. As an actress everybody looks up to, what advice would you give them about their work and the industry?

A. I think everybody is obsessed these days with wanting to look like everybody else. I want to tell the youngsters that it is their individuality that will set them apart. So don’t worry about trying to look like somebody else. Or wanting another person’s facial features, artificially or not, that’s what makeup is there for. I would advise them to use their individuality to their advantage. You don’t have any weaknesses unless you consider them as such.