As the Modi government’s awareness ambassador for Covid-19 on TV, Amitabh Bachchan knows it’s best to practice social distancing these days. But the veteran actor has a new film to promote. Shoojit Sircar’s quirky ‘dramedy’ Gulabo Sitabo, which couldn’t wait for a theatrical release after the lockdowns, is premiering on Amazon Prime Video on June 12. In more than 200 countries and territories. It is an exciting countdown for any actor. And ordinarily Mr. Bachchan, who is energy plus at 77, would have been busy dashing across the country giving interviews to the media. But these are extraordinary times. So the actor decided to kill those two proverbial birds with one stone. He’s doing interviews on email. Thereby keeping the government’s social distance norms and at the same time giving Shoojit’s film the pre-launch publicity it needs.

Gulabo Sitabo has already whetted the interest of cinemagoers now resigned to watching Bollywood films at home. It’s trailer was charmingly funny and about a hilarious battle of wits between Mr. Bachchan and Ayushmann Khurrana who play the landlord of a dilapidated haveli in Lucknow and an unwilling-to-vacate tenant respectively. The film’s being described as a slice-of-life dramedy where Mirza (Amitabh) and Baankey (Ayushmann), much like Tom and Jerry, are unique and unmatched, friend and foe, naughty and smart, little and large – all things required to produce chaos. This Rising Sun Films production, written by Juhi Chaturvedi and produced by Ronnie Lahiri and Sheel Kumar, is the first big Hindi film to get an online release during the time of Covid-19. Amitabh Bachchan took question from PeepingMoon.com’s Mark Manuel.

Q. From the angry young man in Deewar and Zanjeer to the irascible old man in Piku and Gulabo Sitabo, you have switched gears smoothly, and you engage and entertain in both characters. You will say you are following the director’s orders. But which is easier, more defining of your acting, and fulfilling to play?

A. The titling and glorification of these characters are, yes, the creative capabilities of the writers and the makers that were involved in the many projects I enacted; but whether they have been smoothly switched shall ever remain the prerogative of the viewer, the audience.
Each character has been finely etched by the creators. I have merely followed the lines they wrote for it and the direction that they mapped for me. As a professional one must, I believe, remove the ease and fulfillment factor. Each professional work project needs to be executed with the sincerity the ethics of the profession demand. I have endeavored to do that. Nothing is easy in life or in any profession, and for me nothing is ever completely fulfilling in my work. 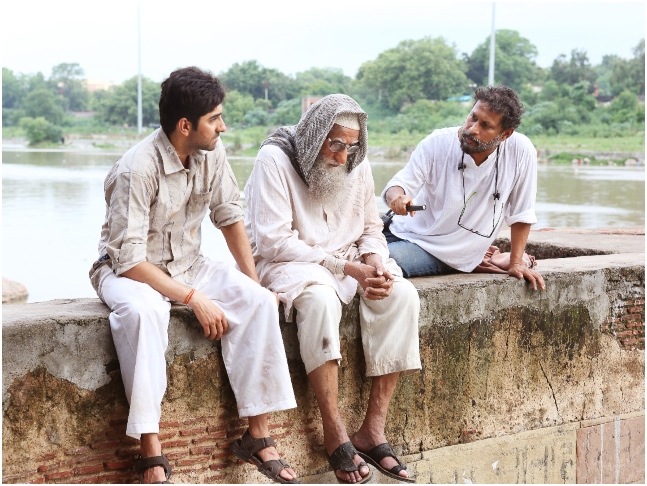 Recommended Read: The Mark Manuel Interview: I didn’t know it was Ajay’s 100th film when I joined ‘Tanhaji’, says Kajol

Q. By stepping into the shoes of Mirza in Gulabo Sitabo, you effortlessly slipped into the skin of the old and historic city of Lucknow. The timeworn culture of the city oozes in your performance. How did you manage this? Is Lucknow similar to Allahabad? Has the city of your birth influenced your performance?

A. Whether I have managed to slip into the character of Mirza and the culture of the city of Lucknow is yet to be ascertained. The viewer shall decide that, but if there is any semblance, that you may have observed, then please give credit to the writer Juhi Chaturvedi and Shoojit Sarkar the director. They wrote what I should say; they told me the way I should behave. I merely tried to follow as diligently as possible.
Lucknow and Allahabad, now Prayagraj, are two different cities with their own remarkable and identifiable history, culture and standing. But they are from the same state of Uttar Pradesh, which too has its own very prominent standing. Born and brought up in Allahabad does have that flavor and whiff of benefit and ease. But just a whiff. Let’s just say that the ‘mitti ki khushbo’ of your birthplace never leaves you and the ‘khushbo’ of your work place ever retains you!

Q. As you did in Kolkata during Piku (also by Shoojit Sircar), you roamed around in character unrecognized in Lucknow while shooting Gulabo Sitabo. Yours is one of the most recognized faces in country and world. Why do you do this? Was this experience liberating, amusing and fascinating?

A. I am not the most recognized face of the country or the world. This is a most ridiculous assumption. I roamed around the streets of Kolkata during my shootings because I lived there for 7-8 years and I wished to revisit all those early days and the memories they carried. Lucknow, I have not lived in... yes, travelled there on many occasions, but never lived there. So I have not moved around the city on my own... but if I had occasion to, I would. One must never be too far away from reality! A still of Amitabh Bachchan from 'Piku'

Q. What does the new blood of the industry have that you did not in the 1970s? They are in awe of you. But you appear equally enthralled by them. Ayushmann in Gulabo Sitabo, Ranbir in Brahmastra, Taapsee in Badla… Did Ayushmann make you raise the bar on your own performance?

A. The NewGen of the film industry is a remarkable mix of confidence and extraordinary talent, something that I never had nor ever will. They are a most superior lot. I am in awe of them. Being in their midst is a learning, a huge learning for me. I do not know what ‘raising the bar’ means in a professional set up, but if there was a bar to be raised I do hope I was able to be accomplished enough to comply! 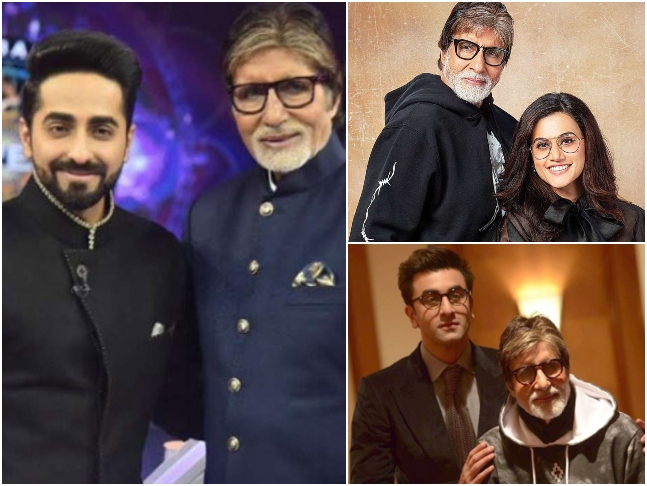