Real-life couple Rasika Dugal and Mukul Chadda is all set to surprise the audience with their first collaboration on a short film called Banana Bread. As everyone around the world is trying to make the most of their time during this lockdown, Rasika and Mukul have collaborated with Terribly Tiny Talkies to tell a fun story that is extremely relevant during these times. Rasika and Mukul have not only contributed as actors but have also written the film together.

Banana Bread is a simple story of how the Coronavirus pandemic has shattered the way we meet and greet people. Adhering to social distancing norms, sanitizing everything we touch and keeping everyone at a distance is taking a toll on people’s lives and is also extremely cumbersome and irritating. Banana Bread is a film about two people who could have forged a great friendship if they had met in normal times. 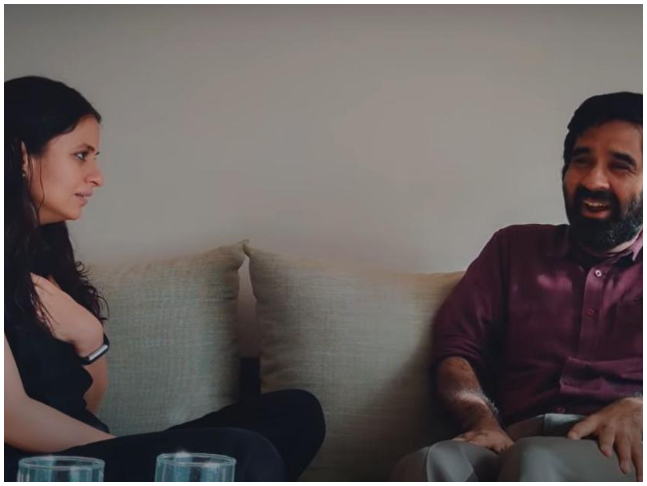 Mukul and Rasika play neighbours in the film. Mukul has recently shifted to his flat and has not been able to settle in comfortably as the lockdown was announced. Rasika tries to help him with basic amenities like water and letting him watch television at her home during the lockdown. When they were just about to overcome the first meeting awkwardness and about to really bond with each other, a sudden unexpected twist breaks their newfound friendship. 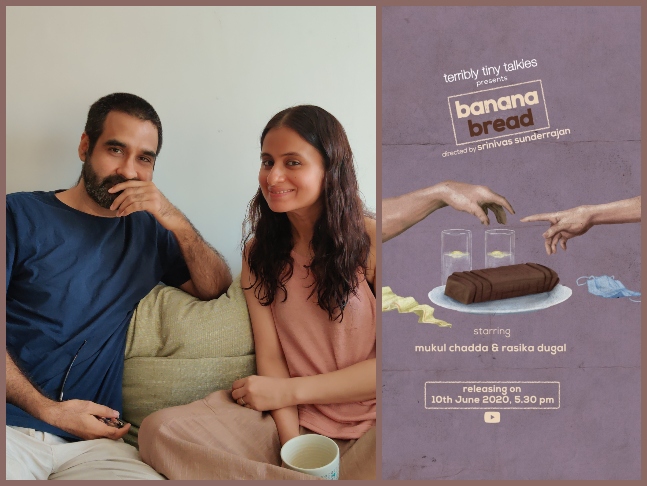 Abiding by the lockdown rules the film was shot by Rasika and Mukul in their home and directed remotely by Srinivas Sunderajan. They hope to do more work together under their newly created banner Fankaar Films. Talking about the shooting experience Rasika said "I felt the need to create something to explore, in a fun way, the myriad feelings of these strange times. I was also excited about taking on the challenge to shoot from home. To see if we could set up the frame, shoot the film, arrange the props, record sound, keep continuity, take care of hair and make-up, manage the files, transfer the footage..... basically, double up for an entire film unit.It was a lot of work but also great fun. Also, this is my first attempt at writing :-) So many firsts on this one!"

Mukul added, “When Rasika first suggested we shoot something in the lockdown, I jumped at it. Between the humdrum of household chores, we fitted in a time slot to brainstorm. Coffee and Ideas - that was the exciting part of the day. We started with four concepts, developed this one, wrote a draft, refined it, and voila! -we had a script. And then TTT and Vaas (the director) came on board and added momentum to it all. Shooting in lockdown was intense - we had to quadruple up on duties - but also felt very rewarding."

Banana Bread is an entertaining watch that will actually make us think about our future interactions with people.